I'm a huge fan of piercings and tattoos, it's amazing how much confidence they can bring you. Also, who doesn't enjoy being repeatedly stabbed with a needle? I already have a few piercings and tattoos but I absolutely am not done decorating myself. I currently have four piercings; lobes and upper lobes on both ears, and a helix piercing on my left ear, and my septum. I also had a vertical labret a few years ago but it didn't last very long. 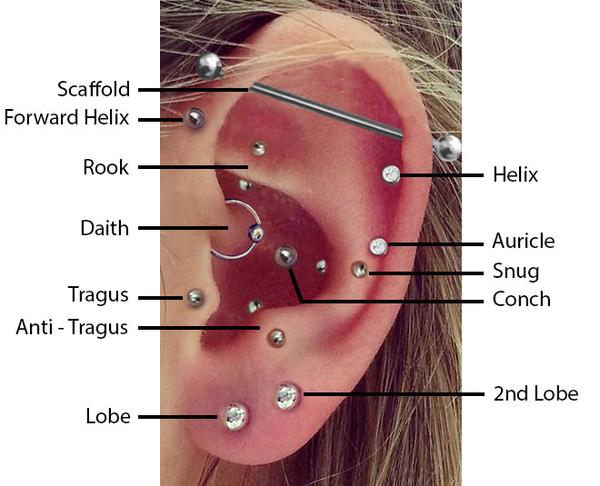 As for tattoos I have three; one of which I hate and deeply regret. My first tattoo was a scorpion on my neck which I still absolutely adore. Then last September, to celebrate leaving my job, I got two thumb tattoos; a crescent moon and a pentacle. Both of which were done really poorly and ended up being the worst £30 I've ever spent. Although the moon is better than the pentacle.

So what am I planning to get next? 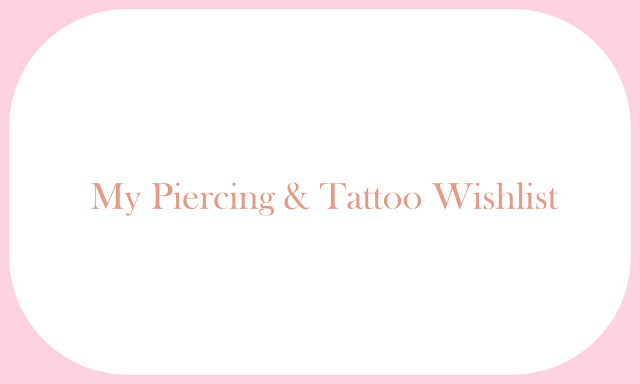 Piercings
I don't know why but I only want piercings in my left ear rather than both or just my right. I really want either a triple forward helix, or just a central forward helix, and use a 'cluster' stud. I have pretty small ears so the cluster stud is more likely. I also kinda want to make my helix into a triple helix and change the studs for rings.
I'm really tempted by my tragus too, I've wanted that for almost as long as I've had my helix.
I'm somewhat tempted to stretch my left lobe but it's a bit of a bad idea, as it won't be long before C will get grabby! Also lots of retail places are still really against stretched ears, so it might make future jobs even harder for me to get. I also really want a nostril piercing but I can't decide which side of my nose to have it! Probably my left but I honestly don't know.
I'm hoping that I'll get gift vouchers (or money) for my piercing studio for my birthday or Christmas, and then I'll have to decide which I want first!

Tattoos
In January I'm planning to get a hedgehog in a floral wreath on my left arm. This will be to remember my Dad by, as Mum had given him the nickname 'Hedgehog' and he loved gardening. It's either that or the Spurs logo and there's no way in hell I'm getting that! I also like the idea of having a dotwork forest scene on my upper right arm, but I'm torn between having it black and grey or colour.

I really want to get my thumbs redone. Although I'm torn between getting the pentacle covered or improved somehow. But that's a conversation I need to have with a tattooist. I definitely want to get something to represent Charlie but I don't have a clue what yet. I did consider an elephant but he might not even like elephants when he's older. Although I have seen some 'Mum with Baby' tattoos that I like the idea of! 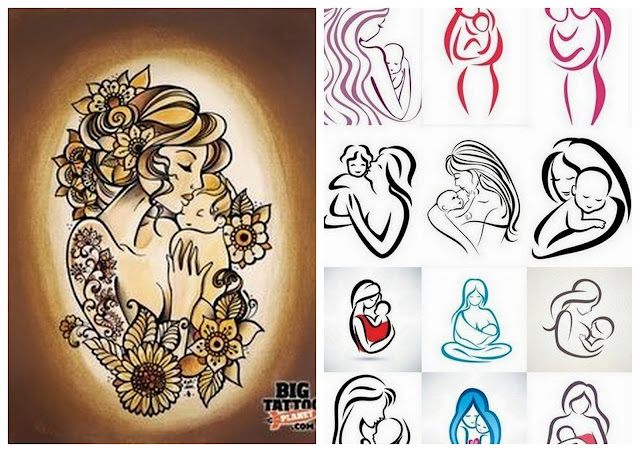 I'm also considering covering my legs and possibly having a sternum tattoo one day but those won't be for years yet so I haven't really got ideas for those.

What tattoos or piercings have you always wanted?
Labels: Lifestyle