I can't remember where I discovered this tag now (oops) but it seems like fun! Feel free to answer the questions on your blog if you fancy it! 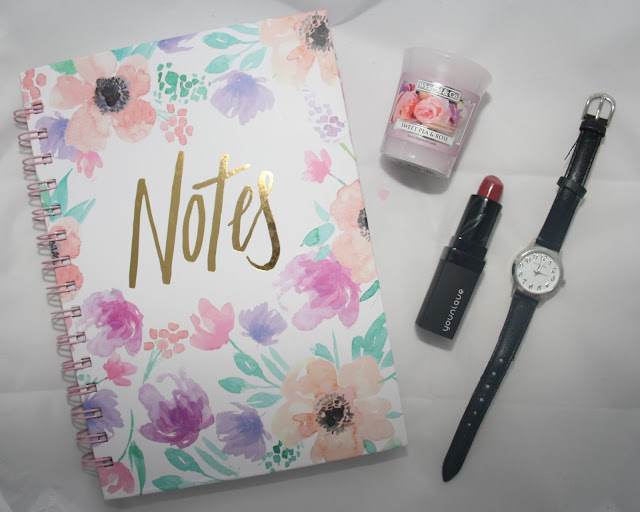 1.) What is your favourite candle scent?
Vanilla in general but Vanilla Cupcake by Yankee Candle in particular

3) What male celebrity do you wish was your brother?
Ryan Reynolds, he cracks me up. He'd be so annoying though, I just know it.

4) How old do you think you’ll be when you get married?
Pffffffffft

5) Do you know a hoarder?
Not anymore! I used to be but my minimalism journey is sorting that right out.

6) Can you do the splits?
Hahahahahahah no.
7) How old were you when you first learned to ride a bike?
Sigh, I was hoping that I would never have to admit that I can't. I've tried to learn on multiple occasions, and I almost got the hang of it once but I just never got out on it regularly enough to pick it up properly. And then I got too big for my bike and never bought a new one. Maybe I'll do it one day but I doubt it.

8) How many oceans have you swam in?
Just the one, I think.

9) How many countries have you visited?
At least five

10) Is anyone in your family in the army?
No but my brother in law used to be in the RAF.
11) What would you name your daughter if you had one?
I really like Rae, Jasmine and Violet.

12) What would you name your son if you had one?
Um well I already have Charlie...I really liked Ben/Benjamin when Ash and I were trying to choose a name for Charlie.
13) What’s the worst grade you’ve got in a test?
My lowest GCSE grade was either an E or a D but I can't think what it was for now! Although I did get a U in one of my maths tests, that was soul destroying.

14) What was your favourite TV show as a kid?
Doctor Who, I loved it.

15) What did you dress up as for halloween when you were 8?
Well that's a bit specific! Probably either a witch or a vampire, they were (still are tbh) my go-to Halloween looks.

17) Would you rather have an American accent or a British one?
British, but I regularly find myself thinking in a Southern American accent. I irritate the crap out of myself.

18)  Did your mother go to university?
I don't think anyone in my family went to university...my Dad might have but I'm not 100% sure about that
19) Are your grandparents still married?
Well, they're all dead so...technically yes?
20) Have you ever taken karate lessons?
Nope

21) Do you know who kermit the frog is?
Yep
22) What was the first amusement park you went to?
Uhh probably Thorpe Park.
23) What language beside your native language would you like to be fluent in?
French and Sign
24) Do you spell the colour as grey or gray?
Grey because I'm not American
25) Is your father bald?
Well he wasn't completely bald, just had a bald patch at the back of his head.
26) Do you know any triplets?
Nope! I don't even know any twins.
27) Do you prefer Titanic or The Notebook?
I’ve never seen The Notebook so I guess Titanic. Although I don't really like that anymore.

28) Have you ever had Indian food?
Of course, bhajis and vegetable samosas are my faaave

29) What’s the name of your favourite restaurant?
Hmm either the Prince of India or Chiquitos. Although I haven't actually been to either for years!

30) Have you ever been to Nandos?
Only once, earlier in the year and I've been craving their sweet chilli wrap ever since!

31) Do you belong to any warehouse stores? (Costco, Bookers ect)
Nope

32) What would your parents have named you if you were the opposite gender?
Frazer. Frazer Fowler, like, really?

33) If you have a nickname what is it?
Sammy/Saph/Scoob

34) Who’s your favourite person in the world?
It's got to be a tie between Charlie and my Mum, even though we argue a lot. I couldn't live without either of them.

35) Would you rather live in the countryside or the city?
Countryside! I'm so not a city girl, cities set my anxiety right off.
36) Can you whistle?
Yep

37) Do you sleep with a nightlight?
Yes, thanks to my darling Charlie. Takes me ages to fall asleep because of it, I prefer sleeping in the pitch black but I refuse to use an eye mask

38) Do you eat breakfast every morning?
Nope, oops.

40) What medical conditions do you have?
None!

41) How many times have you been to hospital?
Three times just this year! I was admitted due to my mental health, I had to go up for monitoring during the third trimester and once more to have Charlie!

42) Have you ever seen finding nemo?
Only like a thousand times.

43) Where do you buy your jeans?
Generally New Look but I have one pair from MissGuided that I absolutely adore.
44) What’s the last compliment you got?
"You don't have that 'new Mum' look about you"
This meant a lot to me because I try so hard with my "look" now; I'd be devastated if someone told me I had that stereotypical new-Mum look!

45) Do you usually remember your dreams in the morning?
Most of the time, especially if they were super weird!

46) What flavour tea do you enjoy?
Just normal tea. Although blackcurrant tea is quite nice!

47) How many pairs of shoes do you currently own?
16! But I have got rid of 5 pairs over the last few months and I'm working on getting rid of more

48) What religion will you raise your children to practice?
I won't! It'll be totally up to Charlie, although I'm hoping to get back into Wicca one day, and it would be nice if he picked up an interest in it as well.

49) How old were you when you found out Santa wasn’t real?
I'm not really sure but probably about eight or nine! Pretty standard age to have worked it out by.
50) Why do you have a blog?
Because I love having my own little part of the internet where I can talk about anything I want and get things off my chest if I need to!