How I've Changed Since Becoming A Mum

I feel like the changes that motherhood brings usually have negative connotations. Yes, your life suddenly becomes less about you and before you know it you're drowning in nappies and can no longer go out drinking until 3am every weekend - although that's probably for the best to be honest. 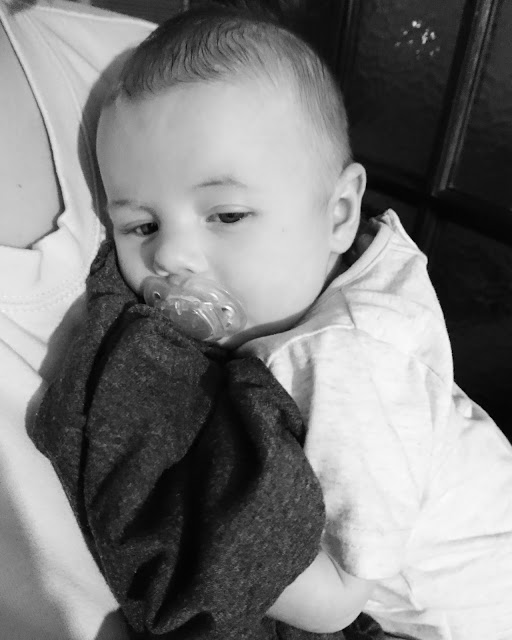 I actually found that during pregnancy my anxiety almost completely vanished. I was actually able to talk to family members that normally I would shy away from, and didn't get quite so panicky every time my phone rang. Although it has returned now, it's not nearly to the extent it was before pregnancy. These days if I'm avoiding someone/something it's because I just don't want to be involved, rather than feel like I can't be. I'll even happily talk to strangers in the street about Charlie, even though I find it odd that they feel the need to ask so many questions.

I have actually made a new friend. Making friends has always been a challenge for me, due to being so shy and anxious, and I really worried about making Mum-friends. I kind of assumed that old school friends that have had babies would get in touch when they heard my news but nope. Although some things are better left in the past to be honest, so I haven't tried to contact them either. But thankfully I have made a lovely Mum-friend, Kassy, and been wondering what the hell I was so worried about. Also knowing someone else that had a really traumatic time giving birth is great (for want of a better word) and I think that we can support each other and not feel quite so alone. People claim to understand what we went through but until you live through it yourself, you literally have no idea.

That's another thing that's changed me. Almost dying and having a hysterectomy at the age of 21 is enough to change anyone! Not just the obvious, physical changes but mentally as well. I hate to be that person that still says "yolo" but shit, YO-fucking-LO. Knowing how close I came to death, knowing that my Mum was called back into the hospital at 4am to say goodbye to me, has given me a new lease of life and I'm so grateful to be alive.
I feel like I'm much more likely to make impulsive decisions. I haven't yet done anything particularly exciting, but I feel like I might bungee jump off a bridge one day or something. I'm trying to be bolder with my decisions and actually live my life rather than just plod through it like I have for the last 21 years. I don't want my hysterectomy and NDE to be the most interesting thing about me. Especially as it's so horrifying and hard for people to hear. I need interesting stories to tell Charlie when he's older.

Of course the biggest change of all is the intense love I feel every single day. I have been in love before but that doesn't even come close to the love I feel for Charlie. Seeing my beautiful boy smile at me every day is the most rewarding thing I could ever ask for and it makes everything so much easier. April - July were some of the toughest months of my life but having him makes all the heartache and pain totally worth it, and I wouldn't change it if I could.
Labels: Baby Diaries