Charlie is officially 3 months old tomorrow and I am not okay. Where is my tiny baby going?! 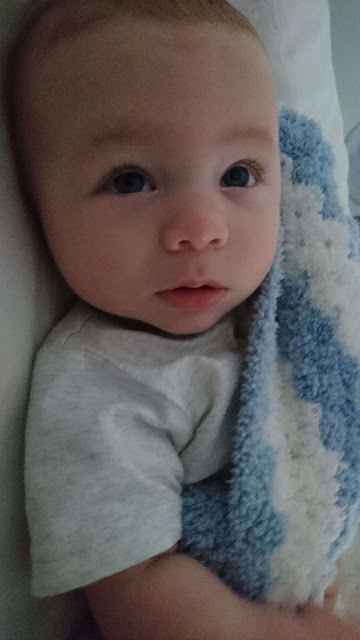 He really likes to be sat up
By six weeks he started to try to pull himself up and eventually, I let him do it. Now, he whinges if he's laid down for more than five minutes!

He likes TV
If he wakes up from a nap and the TV is on you can pretty much guarantee he's going to be staring at the pretty colours and movement. 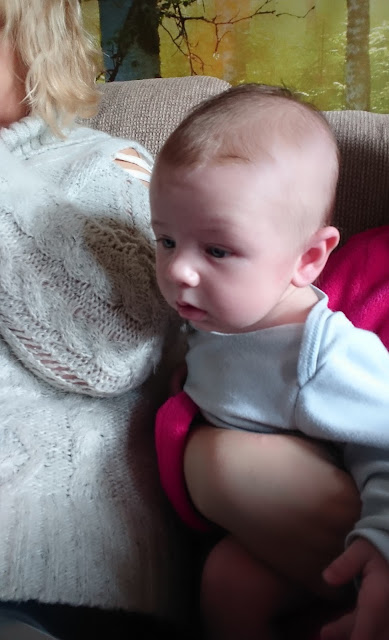 He's a bit of a thrillseeker
He launches himself forwards, backwards and likes to be held up high and then shot back down like one of those rides at the carnival. Laughs his head off the whole time.

Nappy-free time is still the best time
He gets so excited when his nappy comes off, kicking, laughing and chatting away...until he pees on himself of course.

He bites. Hard.
He's been biting down on my fingers and thumbs for a few weeks now but lately he's taken to biting down and then shaking his head like a dog with a toy. Ouch. He gets really aggressive about it sometimes, it's kind of scary. I'm convinced he's been teething since he was about a month old and the more he bites and chews the more convinced I become.

He chews/sucks his fingers constantly
He sometimes even chooses his fists over his dummy. I don't know what it means but it's so cute, although a little noisy at times.

He talks a lot
Charlie starting to coo and babble was my favourite of his milestones and he never stops talking I love it! He gets so serious sometimes too, it's the funniest thing! Some mornings I wake up and he's just babbling away to himself in his cot, perfectly content. He absolutely says 'no' a lot, there's no denying it. He even said 'oh no' at one point but I can't remember who to.

He's also been in his cot for about a month now; which is crazy considering his moses basket is meant to be for 3 months! He self-settles so much better since moving into his cot, he usually cried when I put him into his basket but he absolutely loves his cot. Plus he sleeps diagonally just like me, so it's pretty entertaining to find him in a totally different position every morning.
He finally discovered how funny it is to grab and pull Mummys hair this month! He didn't let go for a good two minutes the first time and it hurt like hell.
Unfortunately he still hasn't got into a real routine, and feeding him is still totally based on guesswork. It's a bit of a nightmare really, but it wouldn't be so hard if I was still able to breastfeed.

Overall, Charlie is still developing brilliantly and I'm so proud of my gorgeous boy. 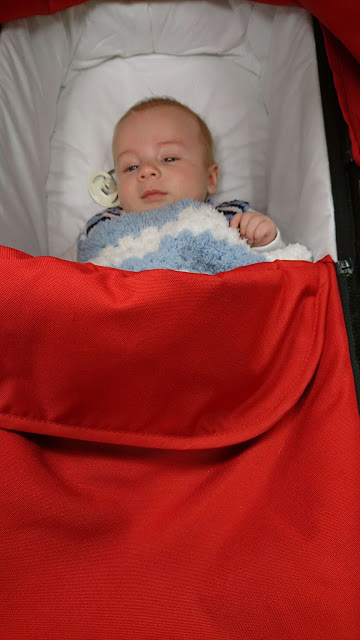