I have only had two really serious relationships (both lasting two-three years) and as nice as it is to have someone to cuddle every night, I always prefer being single. Even though the initial break ups have always hurt like hell, I've always got through it a happier, more confident person. Although I would say that all my relationships - including the ones that lasted a matter of weeks - have all been toxic one way or another. I have been pressured into sex, I've been with a pathological liar, and two emotional abusers. 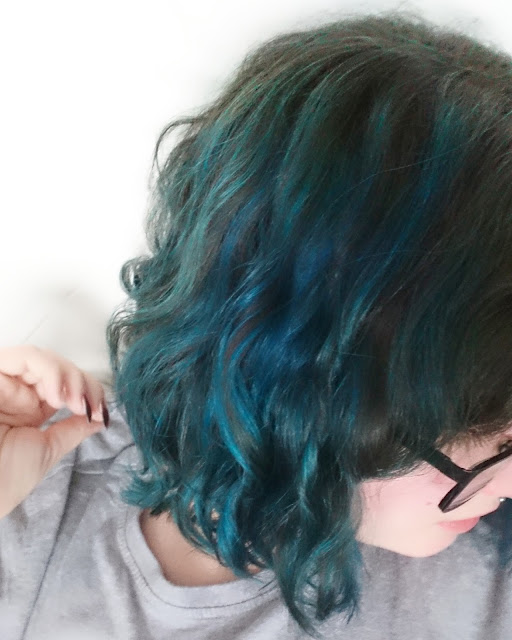 I know I'm only young and I still have a chance in love but after my track record I'm not sure I want to attempt it again. I always find that I always end up being totally dependent on whoever I'm in a relationship with and we both end up frustrated with me! It's probably got a lot to do with being anxious and the way I was brought up, but I'm noticing the older I get the more independent I'm (very) slowly becoming...being a single Mum helps a ton.

I don't think I make a particularly good girlfriend anyway to be honest. I'm really quite selfish and I've noticed that I've become jealous, paranoid and at times just a downright bitch. It's probably thanks to my previous relationships but, to put it frankly, I don't want to be like that with someone who doesn't deserve that kind of treatment. I don't want to be the one that makes the relationship toxic. Of course, if you're with the right person a relationship shouldn't be toxic, but when you're bringing past problems into a new relationship it's going to get ugly fast. I know damn well it's going to happen because that's what I did with Ash and vice versa. We both had trust issues right from the start and the longer we tried to push through them, the more toxic our relationship became.

So, although I can't see into the future, right now I'm saying that I would quite happily never get into a relationship again. There are just too many risks I'm not willing to make, and I would rather work on being an independent, happy woman, and a great Mum to Charlie.

To quote the Pussycat Dolls 'I don't need a man.' Or a woman because you know, #BiLife.
Labels: Lifestyle