Halloween has never really scared me. I never really slept very well on the night because of the whole 'gateway for spirits' etc. being open (yes, I totally believed that) but I never actually had a scary Halloween. Until 2014 and I went clubbing for the first time on All Hallows Eve. The night itself was actually kinda boring, it was on my way home that the problems started. I walked home from the club with a friends boyfriend but his house was before mine, and he couldn't really be bothered to walk up to mine and then back again, so I said I was happy to walk the ten minutes alone. Big mistake. 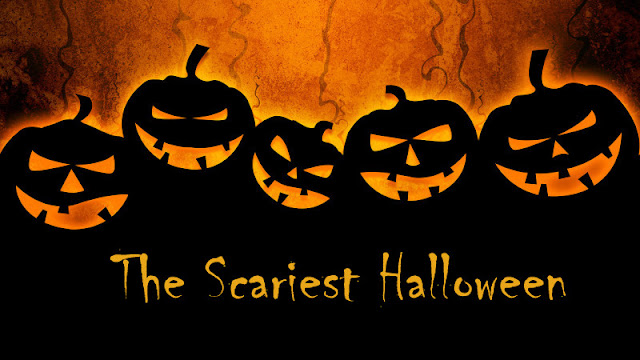 About five minutes later there was an obviously drunk guy ahead of me, walking in the road, almost got himself run over and then shouted 'have a good night!' at the car. Yeah, that drunk. Unfortunately it was about then that he spotted me and decided to wait for me. Shit. I can't fully remember what what he said to me now but he said some freaky shit. There was definitely something about him having seen into the future and he 'didn't like what he saw.' I'm pretty sure he said something about being sorry for what he was going to do (possibly to me, I can't remember now!) and that I should phone someone to tell them that he didn't want to do it?! Oh, and I'm fairly certain that he said he was Lucifer.

At this point we were almost at the top of my road, I was desperate to get rid of him and definitely didn't want him following me to my house. He then tried to grab my arm, so I pulled away and told him not to touch me and leave me alone. He stopped dead in his tracks, apologised, and asked me to do him a favour.
'In the morning, email me and tell me I'm a c*nt.'

As terrified as I was, I couldn't help but laugh at his final line, and I still do! But yeah, long story short: don't walk home alone at night, and especially not on Halloween. I walked home alone from the club 90% of the times I went and that was easily the scariest walk home I have ever had. It still freaks me out now.
Labels: Lifestyle