As you probably well know by now, I am attempting a spending ban this year. As you should also know, it didn't go brilliantly in January. Admittedly it could have been a lot worse! But I do really want to make a proper go of saving money, and I've made some changes to how I'll be doing it this year. I know most minimalists would say that they cancelled a subscription like this - especially if they're doing a spending ban! But we do watch the free movies/TV shows on Prime, and we do buy essentials from Amazon! Due to covid, we can't just pop out to the shop whenever we need something, so we'll just get it from Amazon instead. I also get most of my birthday/Christmas presents from Amazon, so it just makes sense to keep Prime.

For the past year I've been paying £7.99 a month for Amazon Prime and every month worrying I wouldn't have the money for it but not wanting to cancel the subscription. So, I decided to pay annually instead! One lump sum of £79 a year versus £7.99 every month amounting to £95.88? Bargain.

Switching to Eco-friendly Alternatives
I recently blogged about switching to Eco-friendly Alternatives for Cotton Pads and I've worked out I'll be saving myself roughly £10 a year. Not a whole lot but every little helps!
I have also decided to have a go at making my own alternatives! This year I'm really into hair care and trying to make my curls happy again. I've been seeing a lot of people recommending leave-in conditioners. However, because of my spending ban, I was hesitant to buy one. So I made my own! I literally just used water, the last of my first bottle of Shea conditioner, and I reused an empty face mist bottle. I didn't fancy buying a spray bottle specially, and I'd just used up the last of my face mist so why not reuse it! Eco-friendly, spending ban friendly, and hair friendly. Winning! 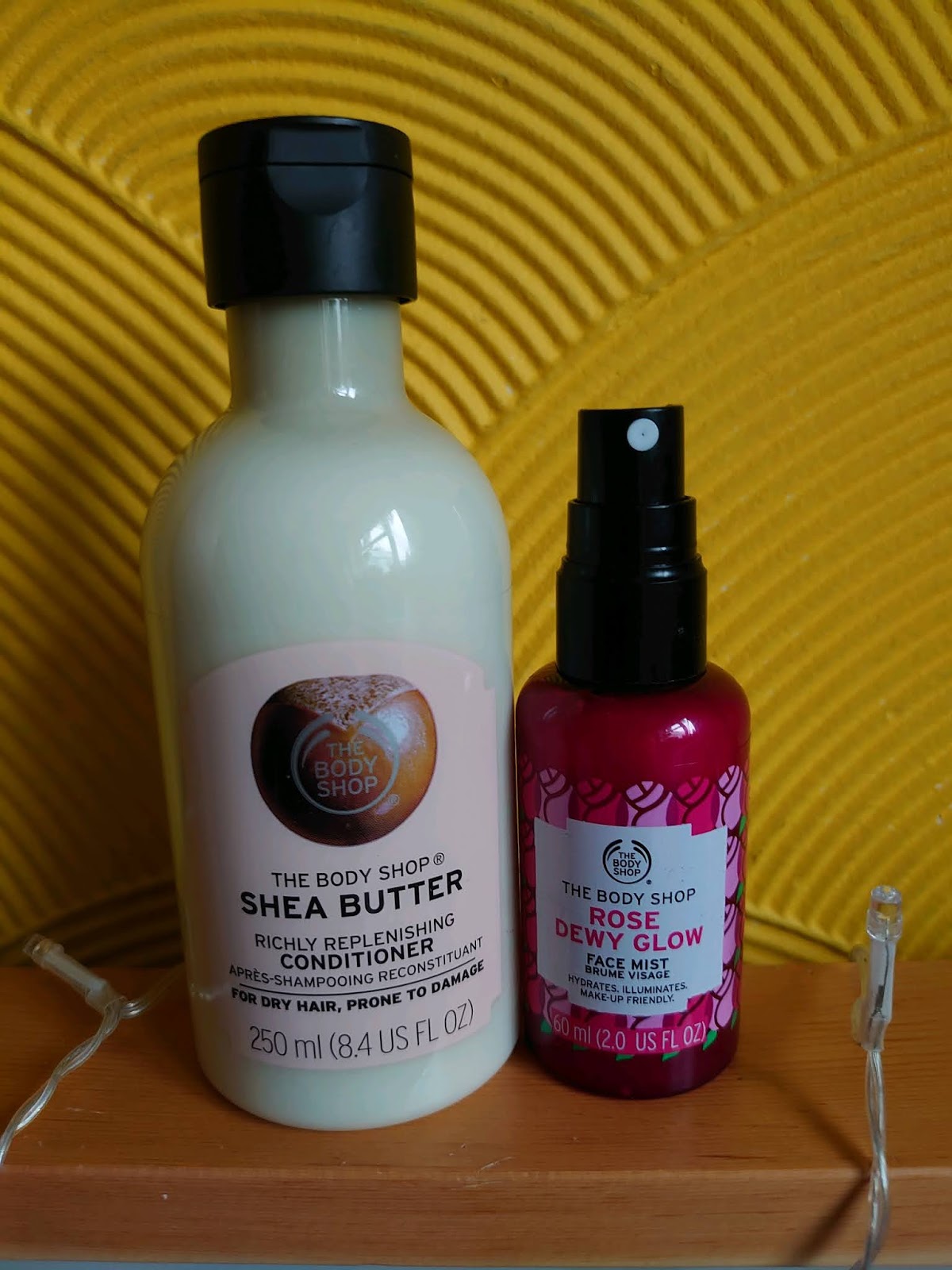 Overspending in 2020
One good thing about my obsessive need to buy, is that I really stocked up on certain products last year! I have over 40 bath and body products I had stocked up on by the end of 2020.
After doing the maths - a lot of maths - I've figured out I've saved myself £200-£300 this year! Admittedly that's just through buying Body Shop products, obviously there are cheaper alternatives but Body Shop is the best!
It's incredibly rare that overspending can actually benefit you, but I won't have to buy any shampoo or shower gel for months.
Making My Own Occasion Cards
Many people I know these days don't like cards. They just throw them away when the occasion is over so it's a little bit pointless to spend as much as £3 on a card. So straight away I'm saving up to £13 by not buying them cards! But for the people who do like cards, I've been making them. When I say "I" I actually mean Charlie. I fold up a piece of paper, write Happy Birthday on it/in it and then give Charlie free rein to decorate it. I specifically use paper from a recycled sketchpad which is £6.99 from Amazon. 80 pages = 80 cards. I also have a multipack of envelopes that I bought last year and I always buy stamps six at a time. I'm literally paying around £1 per card and they have a personal touch to them. Win-win. 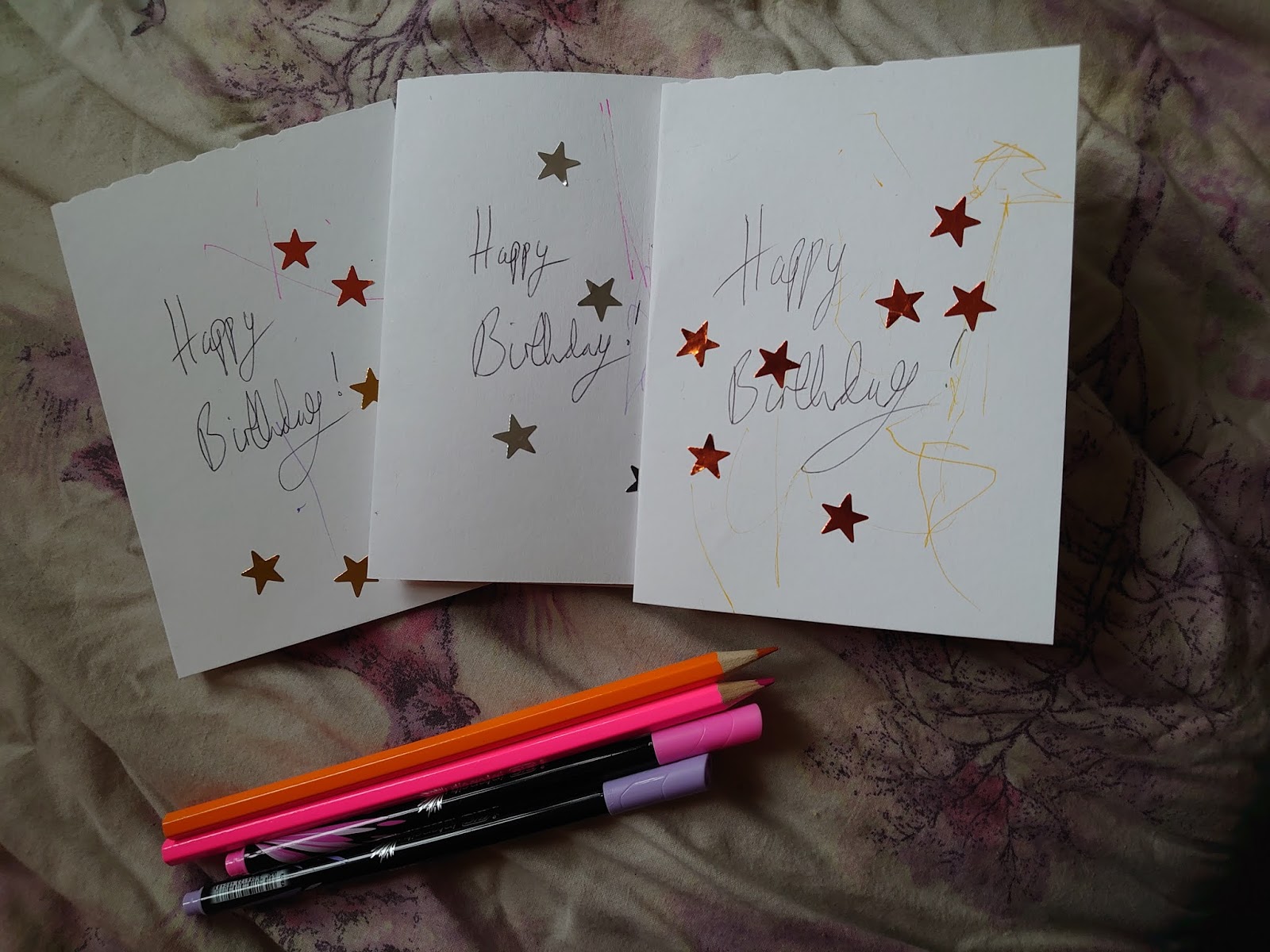 Overall, I'll be saving myself roughly £400 this year! Now, to stick to my spending ban and not spend the money I'll be saving on useless stuff...
Until next time,
Saph x
Labels: Lifestyle My Minimalism Journey