Inspired by Peshy's blog post The Time I Tried Working Out for One Week Straight, I decided to get myself moving seven days straight too! I really struggle to be consistent with working out, so I decided to switch up the rules to suit me. Any form of exercise counts, including walking, yoga and dancing if I felt like it! As long as I was moving, I was burning calories, and working towards my goal. 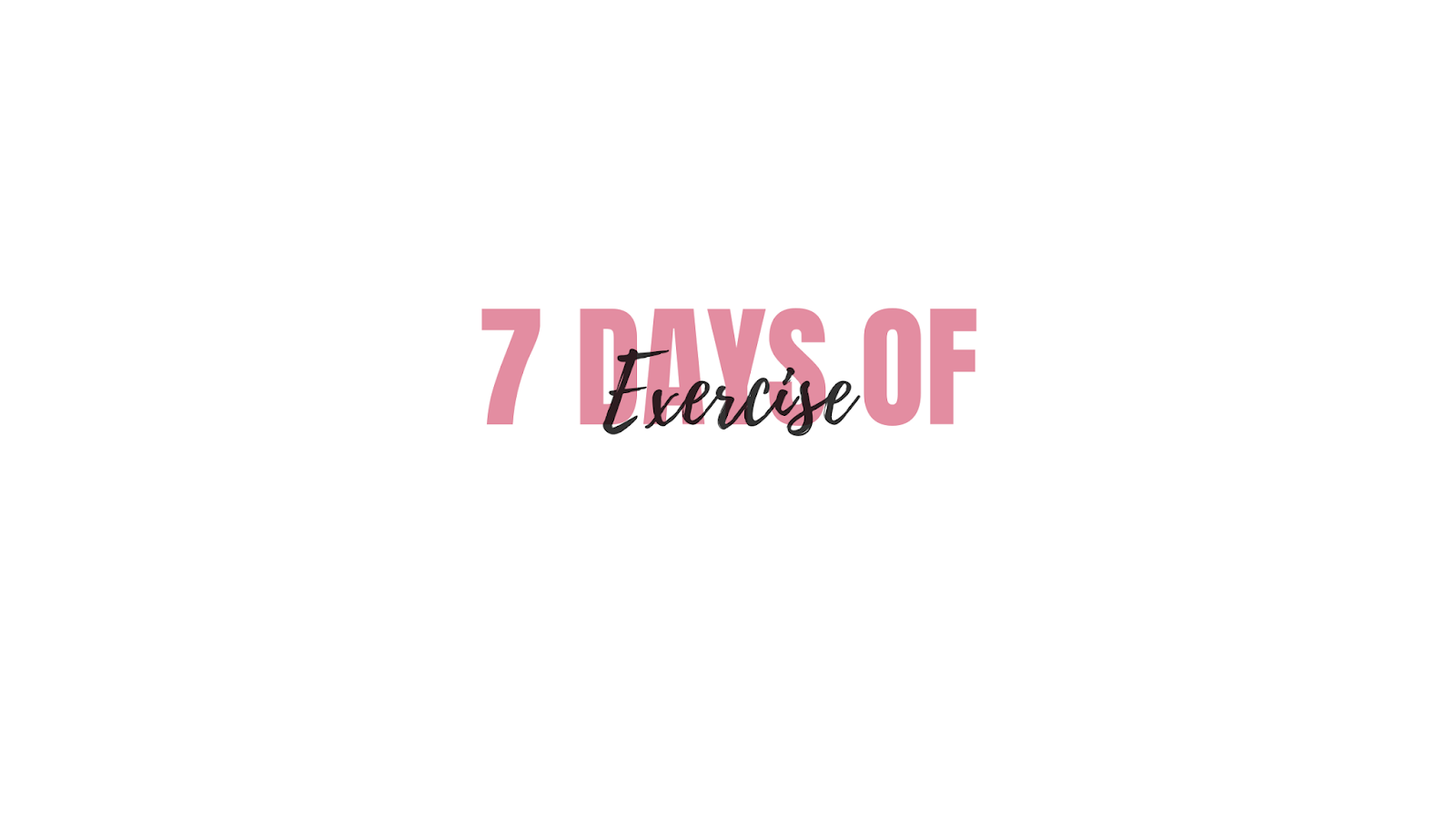 Day One
I was, once again, waiting for Monday to start my daily exercise regime. However, the snow started to fall Sunday morning and by the afternoon, we were itching to get out in it. Myself, Josh and Charlie went for a lovely Winter Walk in the snow. It was only a short walk, but snow is so hard to walk in! Plus we live at the top of a hill, so walking back up that was fun! Thank god it was fresh snow, so it hadn't had a chance to get icy and slippery yet. Steps; 3,600
Day Two
Another day, more snow and another walk! We went without Charlie this time as he was at nursery, so we were free to walk a bit further this time. Unfortunately some of the pavement was starting to ice over, so I really had to concentrate on where I was stepping this time! I was wearing snow boots, but that didn't mean I trusted them. Especially going up the hill again, that's hard on a normal day but I was so scared I was going to slip all the way back down it again! My calves were definitely feeling the workout though, and I did over 9,100 steps that day.
Day Three
None of us felt like going for another winter walk so I decided to do some yoga instead. I followed Yoga with Adrienne's Yoga for Weight Loss; Fat Burning Workout. Boy, was it hard. Five minutes in and I was sweating! I actually really struggled with it and couldn't do the full 40(ish) minutes, but I still felt like I achieved something! My thighs were screaming.
Day Four
My ankles and abs were feeling pretty sore Wednesday morning, so I decided to work on my arms. I followed this TikTok I found on Pinterest, and used my new resistance bands for the first time! I decided to go with the medium band. I wasn't sure how I was going to get on with using it but I actually loved it! Definitely felt the burn, and was hooked on using them. But I only did one set of 25 reps.
Day Five
Day five I wasn't feeling particularly inspired, so I did the same workout as the previous day. However, this time I did two sets of 30 reps so I felt the burn a little more!
I wasn't seeing any difference in my body yet, but I was definitely looking forward to working out every day. I was aiming for at least ten minutes of movement per day, and it was so easy to motivate myself! I'm starting to think that the manifesting I had done the previous week was working! Yes, I literally asked the Universe for help with motivation for fitness/weight loss and it seems to be working!
Day Six
I woke up feeling so tired and weak today, I thought I wasn't going to be able to do anything! But once I got myself up and hydrated, I was ready and raring to go. I decided to get on Ring Fit Adventure for the first time since Josh brought it home! I also decided to wear my posture corrector while I worked out. I went hard. I was not messing about today and I was sweating two minutes in! I also leveled up three times in fifteen minutes! I had genuinely forgotten how good Ring Fit is, and I definitely want to start using it more often! If you haven't got it, I highly recommend. 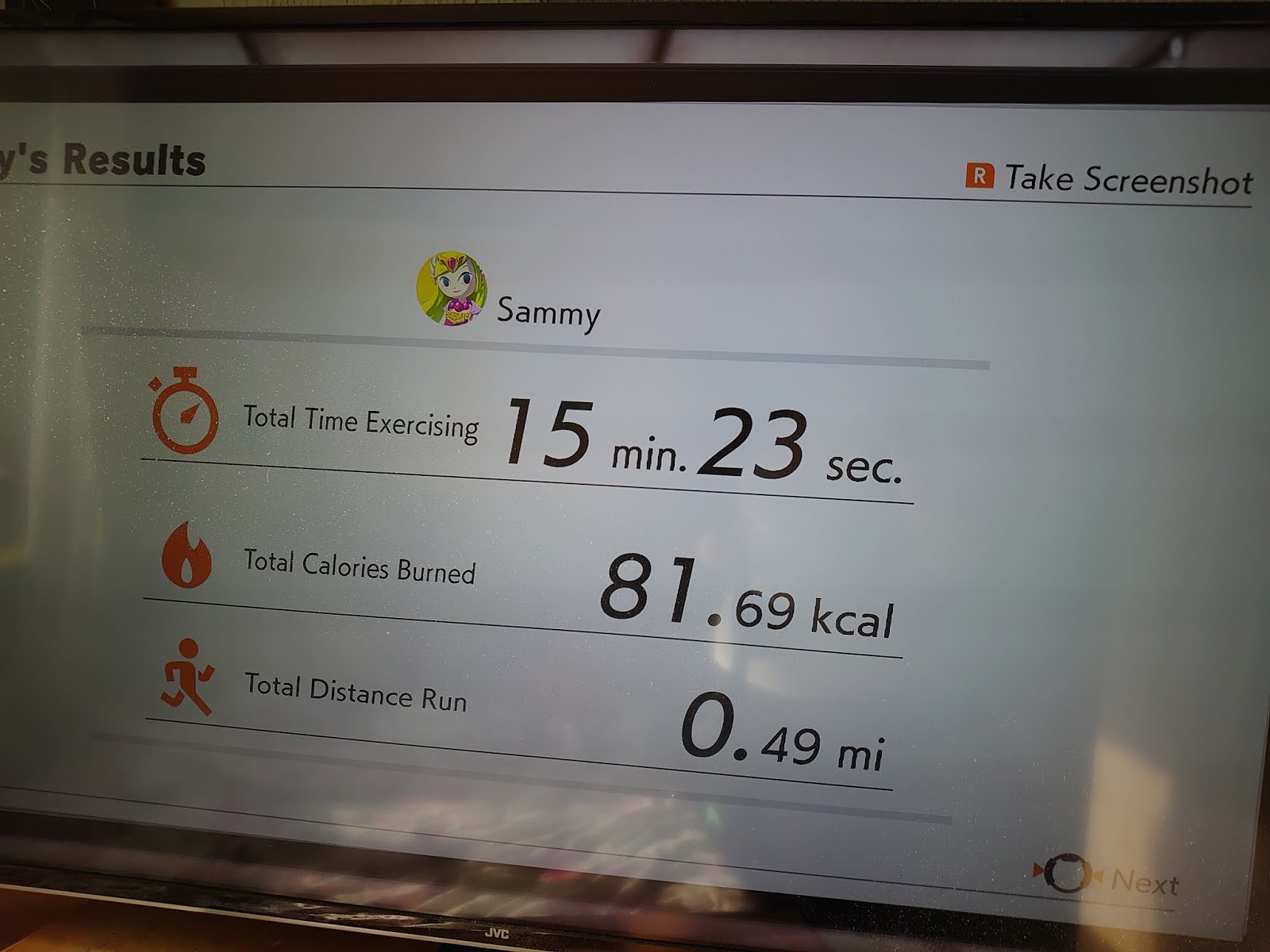 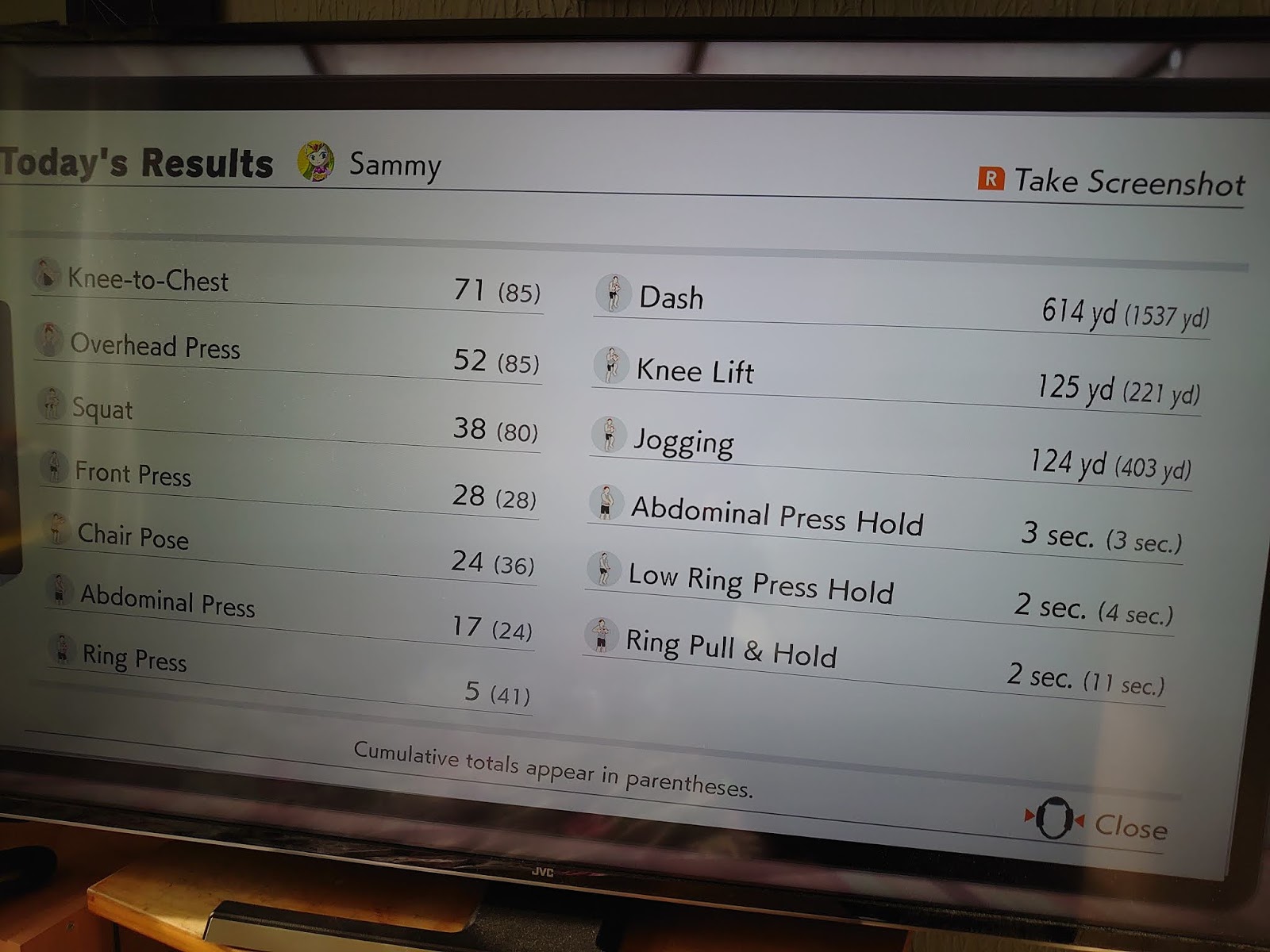 I also noticed a difference in my body today! I'm actually getting really close to my milestone body image, and I'm wishing I'd taken a "before" photo at the beginning of the week.
Day Seven
Wooo, one week straight of intentional movement!! I honestly nearly didn't make it. I ended up having a really busy Saturday, and then I napped for an hour. Just before I bed, I decided to whip the resistance band out again, and did some rows. Unfortunately Josh started talking to me so I lost count, so I have no idea how many reps I did! But at least I did it.
I'm honestly feeling so proud of myself for consistently doing some form of exercise every day! I also spent the week trying to eat better and I'm feeling miles better in myself. I definitely want to keep it up - I'm so inspired! Huge thank you to Peshy for inspiring me to get moving.
Until next time,
Saph x
Labels: Saph Gets Fit