It's officially the end of December and January is just around the corner. December both flew by and dragged somehow?? It didn't help that I kept thinking it was Christmas Eve the day before it actually was. 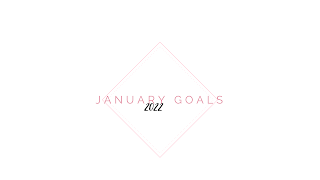 If you're wondering how I did with my December goals, the short answer is: not very well. I only read one book out of three. It was bloody amazing though, I don't think anything on my TBR could top it!
I very much did not complete my Christmas bucket list. I didn't go anywhere near Leeds Castle, or ice skating and somehow I didn't even get drunk? I drank, just apparently not enough. I did, however, watch many Christmas films so at least I did something festive!
I bought myself a Yule spell kit but because of my shift, I didn't actually get the chance to use it or celebrate Yule at all. This is the one I'm most devastated about, it's really the one I wanted to do most! I guess there's always next year.
Onwards and upwards for January! My January goals are:
Declutter
I need to declutter my wardrobe again and Charlie's wardrobe. I've started to notice his joggers are getting a bit short in the legs and I expect a lot of his summer shorts are too small by now.
Read one book
I think I might take a leaf out of one of my colleagues books and start taking one to work with me. Especially during an early shift, I'm there at 7am but don't actually have anything to do until 9-ish. I may as well get paid to read!
No spend month
This won't be easy, but I'm determined! I'll have to make myself a list of buy/no buy rules like I did last time, but I'd love to be able to say I saved more than I spent this month.
What are your goals for January?
Until next time,
Saph x