My last week of freedom before I start my new job! I spent most of it blogging and watching film. I somehow ended up watching all the Twilight films. I'd never watched the Breaking Dawn ones before so that was...an experience. I've been really emotional this week as well so I have definitely cried over the various films I've watched recently. 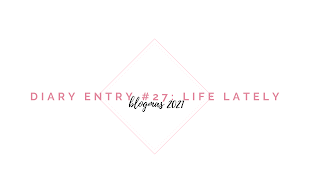 As I've mentioned before, December 4th was supposed to be an early Christmas with my family. Unfortunately my sister was struck down with a chest infection and was too poorly to host. I was absolutely devastated because that was supposed to be the last chance to see everyone at once. That's the problem with three of us doing shift work, our schedules will probably always clash! We went to see my mum the following day instead, so we could bring all the gifts down but it definitely wasn't the same. It's always good to see Mum though, it kills me that I don't get to see her very often.

Charlie had a cold, and Tuesday morning he ended up throwing up a load of mucus. So that meant two days off school. He probably could have gone to school - he kept asking to - but it was actually really nice having him home. We watched lots of films, had lots of cuddles and played lots of games. By the time he was supposed to go to school, he didn't want to! Can't say I blame him. 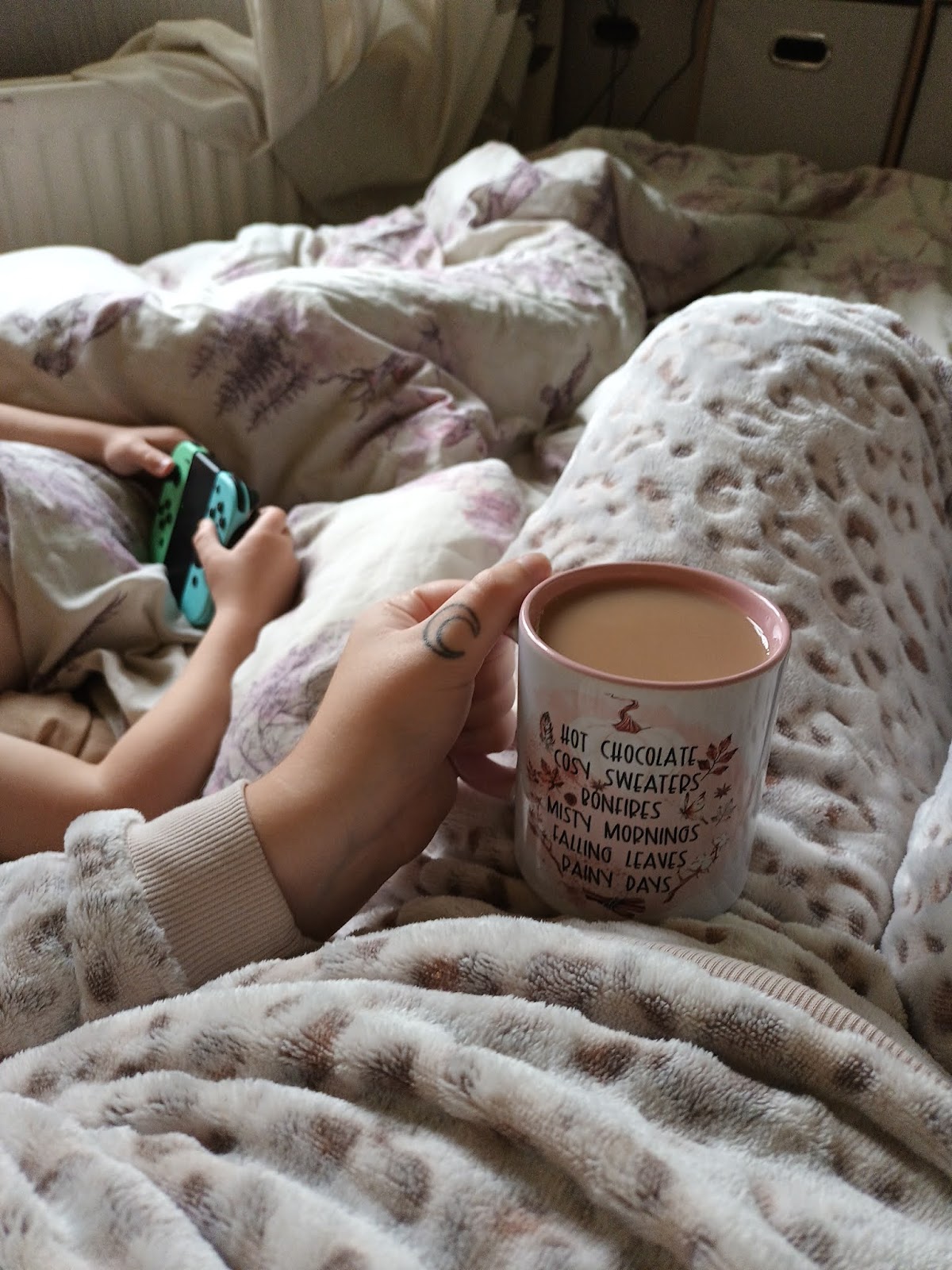 On Friday, I decided to treat Charlie to his first trip to the cinema! We went to watch Clifford the Big Red Dog. I really hoped that a giant red dog would keep his attention but, unfortunately he is four years old and can only concentrate for so long. He did spend a lot of time fidgeting in his seat and taking his shoes off only to ask to go to the toilet five minutes later. He also kept asking to go home, but then got really excited and grateful when I told him we had to stay and watch the film, so that was a bit confusing. I'm undecided on how much I enjoyed the film. It wasn't brilliant, and Jack Whitehall's American accent was a tad distracting. But it could have been worse, I guess. I also wasn't expecting strong language but luckily Charlie didn't pick up on it. Although he has already mastered "fucking hell" so... 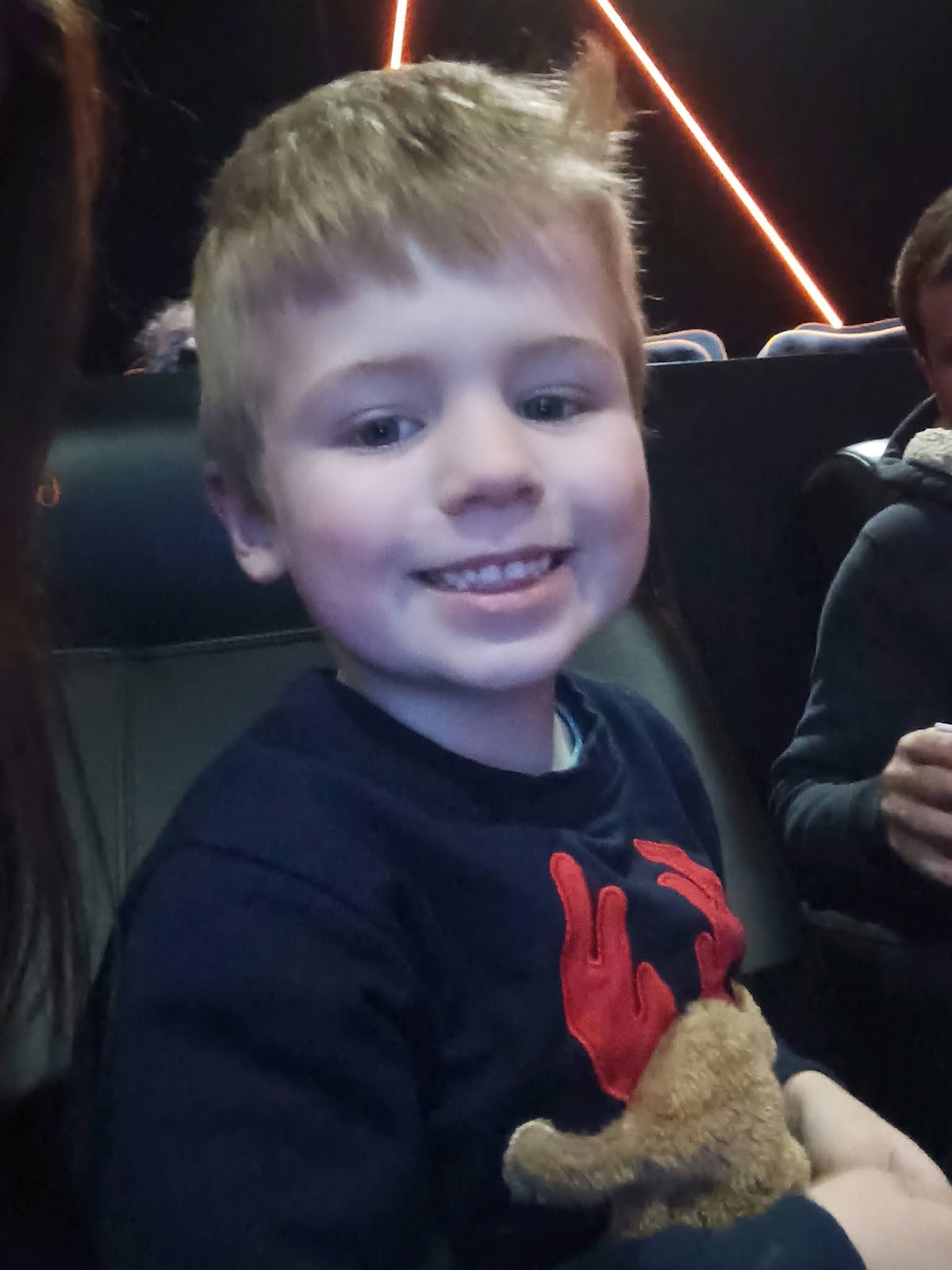 Saturday was Josh's 24th birthday! We were supposed to go out to Nando's for dinner before going to the cinema but he wasn't  hungry enough for that. Instead we had a small dinner at home before heading off to the cinema. We watched Ghostbusters: Afterlife and we loved it! I absolutely loved Phoebe and was really pleased she was the main character - I really expected Finn Wolfhard's character Trevor to be the main. I would definitely watch it again!
On Sunday we went to go visit Josh's Nan. Somehow it was September that we last saw her! Those months just flew by. That was a nice visit for a few hours but then it was time to go home and get sorted for my first day at work. I was starting to feel really nervous! I was also worrying about getting there in time. I was due to start at 9:30am and I don't usually get Charlie to school until 8:50am. That wouldn't leave me much time to get there!
I'll update you soon on my first day!
Until tomorrow,
Saph x