I am officially watching Christmas films. Technically I kicked it off last week by watching Just Friends. Believe it or not but I don't even watch it for Ryan Reynolds! Samantha James is my favourite Anna Faris character and I actually sing "Forgiveness" on the regular. Also Mikey and Chris' relationship cracks me up. 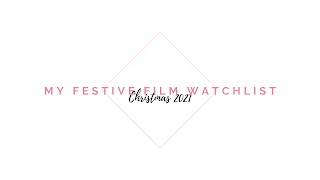 I have only included films from Netflix, so feel free to suggest films from Amazon Prime - as long as they're free!
Rewatches
I watched The Holiday for the first time last Christmas but because it was such a long film, I did struggle to keep my attention on it. I think watching it alone during the day will be key to keeping my attention this year!
Never Seen Before
Also I have no doubt in my mind that at some point, Josh will want me to watch Die Hard with him over the Christmas period. What are you watching this year?
Until tomorrow,
Saph x