The first day of week 39 also happened to be my late Dads birthday. Even though it would have meant Charlie was a week early; I was desperate for him to be born that day. But, alas, it wasn't meant to be.
I had still been having the occasional pains and niggles but they just didn't develop into anything else. I was extra-gutted because my friend had her baby girl that morning! I would have loved to have been in sync with her hahah! 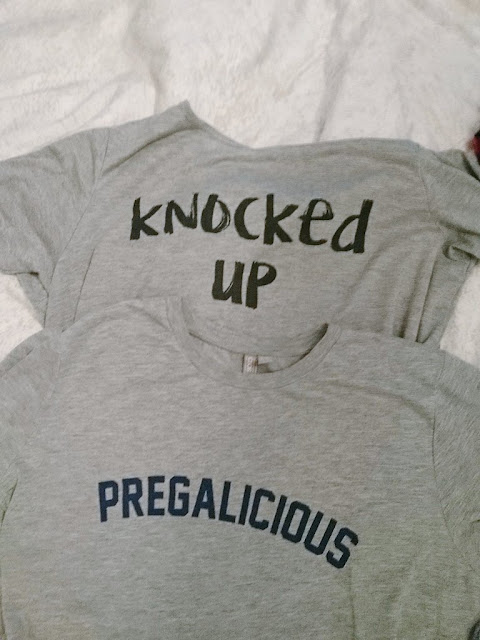 I don't know what it is about Midwife appointment days but I always wake up so tired and I never want to go. For once it's not my anxiety playing up; I literally just can't be bothered with them anymore. I woke up feeling like crap, had breakfast, felt more like crap and ended up having a nap for an hour. Then woke up feeling worse and had to take a good 15 minutes to be able to get up and get ready. I felt fine by the time I got to the appointment though, even Ash made a comment about how happy and well I looked. I had a different midwife that week though, Debbie was on holiday. I wasn't too keen on this one to be honest. She was nice but...she wasn't my midwife. I miss my student midwife too; she was so funny! She educated Ash about the membrane sweep, as he missed the explanation last week, so that was entertaining.

I think most of us are convinced now that I won't need any help bringing labour on; I'm getting the aches and pains so regularly now! They started up again that night and Mum was freaking out because she didn't want Charlie born on the 19th. She has this thing about odd numbers. Which is funny because for some unknown reason my favourite number is 9; even though I prefer things in 5s and 10s. Weird, right? But she didn't need to worry because, obviously, nothing happened.

Week 40
Charlies due date! Obviously I was still hoping for him to come on the day, and one of Ashs friends had put his bet in for Monday. I spent a majority of the day asleep, and finally got out of bed about 3pm. As soon as I stood up I felt something. I thought 'ooh, that was different.' I went to the bathroom and yep, I'd lost my plug! Finally, you guys should have seen the smile I had on my face! I warned Ash and Mum and, as always, played the waiting game. 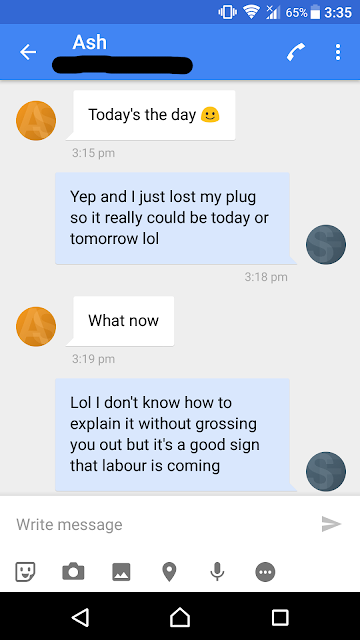 I didn't really get any pains until a couple of hours later, and even then it was only back pain and a shooting pain down my left leg. Neither of which lasted very long. As the day went on I had to do a lot of reading up on the mucus plug/blood show and all I can say is that I'm still not sure if there's a difference between them. There's a lot of conflicting articles out there. All I know is that it wasn't very mucus-y and it was almost like having a period again. Which reminded me that I was going to be having periods again soon and I swear I almost started crying.

I had some more, intense pains about 3am in my lower abdomen/pelvis but only two-three times and then I was able to sleep. Then I had to wait almost a full 24 hours before they started up again! They were really intense some of them, and they didn't stop after two or three goes this time! In fact I think it was by the fourth wave of pain that I started keeping track of them. The results were interesting. 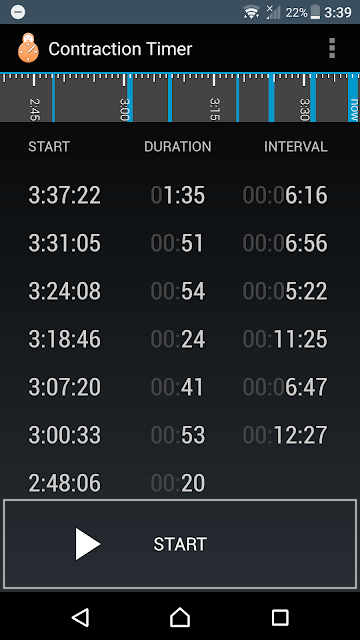 I eventually managed to try and sleep about half four, occasionally waking up from the pains. Unfortunately I was too tired to track those ones so my tracker thinks there was three hours between the last one I tracked and the 'first' one I was awake enough for. Safe to say I was pretty exhausted Tuesday morning.

The pains/contractions continued until the late afternoon, just in time for Ashs arrival. Typical. Eventually we went for a long walk to try and start them up again. It bloody worked too, I was about 15 minutes (30 minutes in waddle-time) away from being home and I had maybe three contractions in the time it took me to walk up the road. Luckily they weren't too bad and I could walk through the pain.

Throughout the night they got progressively more painful, and quickly went from a 4 to a 7 on the pain scale, and by 8am they'd gone up to 8. But they weren't coming regularly enough to go to the hospital, so that was upsetting. I was absolutely shattered as well, I wanted to cry from being so tired more than from the pain. I only had about 3 hours of broken sleep Monday night and another 5 hours (broken) Tuesday night so you can imagine how drained I was feeling. I pretty much spent the day napping and being in agony. Loads of fun.

Wednesday night I had no sleep at all, and ended up waking Mum up in tears at about 5:30am because I couldn't take the pain any more. I rang the hospital but my contractions weren't regular enough for me to go in, so she suggested a bath and paracetamol instead. Neither of which were any help at all. I finally managed to get some sleep between contractions from 8am-11:50am and then I had to go to my midwife appointment.

The midwife could feel my contractions in the top of my belly (whereas I felt them underneath) and told me that Charlie was in the perfect position a.k.a right on top of my cervix, so he couldn't go any further without coming out, his heartbeat was good so he wasn't stressing out about what was happening and that she fully expected me to be in the hospital later that day.

She was ever so slightly wrong though. I did end up in the hospital, but not until about 5am. I was in agony and really couldn't cope with the pain so I rang the unit and they let me go in. The midwife checked me over and...I was only 1cm dialated. I could have cried when she told me that. So back home I went and then 24 hours later I was back in the hospital.

Thankfully that time I was 6cm dialated so I could stay! Charlie was finally ready to meet me. Unfortunately there were complications, and I ended up needing a c-section but I'm very happy to say that my beautiful boy is happy, healthy and generally just perfect. All of the nurses and doctors are obsessed with him, they've all cuddled him! I don't blame them though, he really is beautiful. 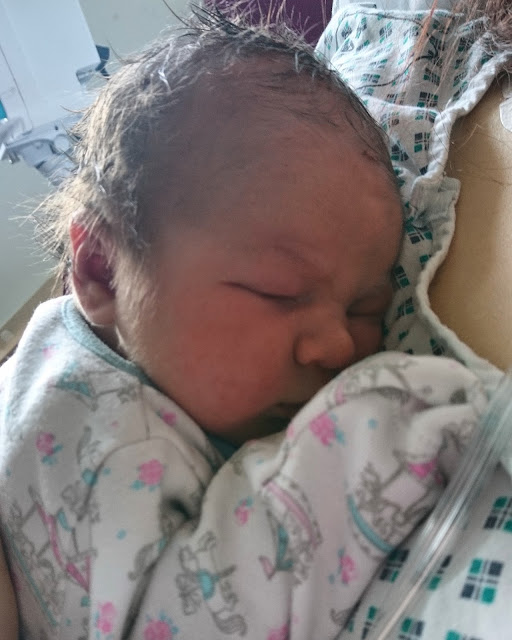