I celebrated my first day of 37 weeks by touring the unit/wards of where I want to give birth! 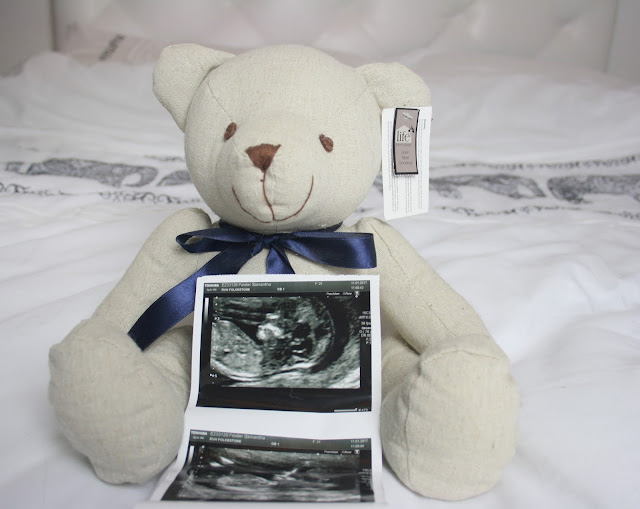 I plan to give birth in the midwife led unit at the hospital, so booked a tour and was pleasantly surprised by how nice it was! It's a pretty small unit but the rooms were surprisingly big - even the small rooms were big! Two of the rooms have birthing pools, which I did plan on using as pain relief, but after seeing them I'm not sure that I will. They looked a bit tricky to get in and out of, even with support, so it put me off a bit.

The midwife was so informative about labour and after birth etc. and I finally feel a bit more relaxed about the whole thing and know what to do and expect when the time comes. She also took us up to the delivery suite and showed us a room up there, in case of complications. The difference in atmosphere is amazing, the MLU is so much more relaxed and all the rooms have soft lighting and quotes on the walls! Also, en suites. Obviously I was already praying for no complications but after the tour I'm praying extra hard for no complications!

Tuesday was a bit exciting! Charlie's heartbeat was really fast after the midwife prodded him and he just wouldn't calm down, even after I had some water and they left me alone for five minutes. This meant I had to be sent to the hospital for continuous monitoring, to see if it only spikes when he moves. I was there for about an hour and the midwife didn't say much but I could hear (and feel) for myself that his heart does only spike when he moves so it's all good!

The rest of the week was spent suffering from the heat (again) and heartburn. I managed to get through a whole 72 pack of Rennie that was bought only two weeks before because it was so intense, I was having up to six per night. I did work out eventually that yogurt drinks like Actimel seem pretty good for heartburn but I still needed two of them before it relieved me fully.

I also kept getting cramps so I was a bit on edge all week like 'ooh maybe today is the day' but it never was. I really hope Charlie isn't going to be late; I'm not sure I can cope with this much longer! Oh, and I discovered the beginnings of stretch marks. I was so not impressed by this, I really hoped that by some miracle I was going to get away with not gaining any!

I'd been spending a lot of time awake all night and asleep all day, it was becoming a bit of a pain. Although again, the heat has a lot to do with that. It just meant that I was struggling to get anything done because I was so low on energy, I could clean or tidy my room for 10 minutes and then need a nap for 3 hours, it was a bit ridiculous! Saying that though, I had an insanely productive start to week 38! 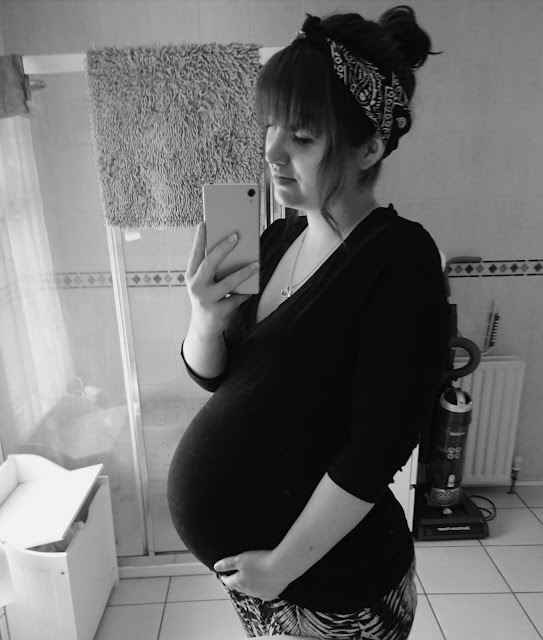 I got up at 8:30am and immediately started cleaning and rearranging my bookshelf. After breakfast I showered and started all over again. I ended up finding tons of stuff I no longer wanted or needed, and rearranged one of the drawers under my bed so I could finally put my excessively large lightbox away (thanks Ash, an A5 one would have done). Apart from having swollen feet all day long I felt great! Which makes me wonder if nesting had finally kicked in - especially as I had done all of that on 5 hours sleep and didn't stop until 4pm!

We also finally got Charlie's moses basket set up! It's so sweet but the stand doesn't come up as high as I thought it would - I'm not sure how I feel about that! It's nice that is doesn't take up too much space but I think my back is going to wish it was slightly taller! 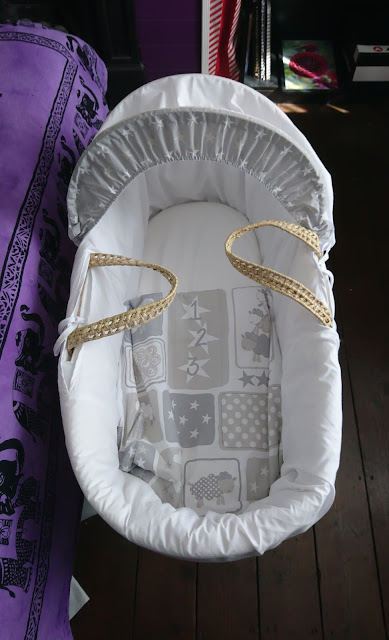 I definitely think nesting has kicked in, an hour after having a break from cleaning, I started up again. This time I swept up all the dog hair downstairs because Mum hadn't hoovered for two days and it was driving me crazy!

Monday I was up at 8:30am again, but I was a bit less productive. I actually spent all morning getting ready to meet my cousin, and then we spent a few hours in town. I crashed hard that night, I was asleep just after midnight and didn't wake up until after 10 on Tuesday! I was shattered all day long though and my feet and ankles were swollen for most of it. I had an appointment with my midwife to get to, otherwise I probably would have spent the day in bed napping and reading!

Wednesday was really exciting. From about 12:30am I started having cramps and backache. It wasn't particularly painful, I honestly couldn't decide at first if I was actually having them or just imagining it because I'd been reading up on labour. But throughout the night they slowly but surely got more obvious. After a couple of hours I finally decided to stop worrying about it and got to sleep. When I woke up I still had the backache but the cramps had gone. Or so I thought, until I had one really sharp one! The cramps came and went all day long, but the backache was consistent.

In the late afternoon I had a pretty intense cramp that lasted a full minute, ebbed away and then started up again! I had this continuous cramp for a full five minutes! I really thought I was going to go into labour but alas, the cramps stopped completely around 8pm and it was like it never happened. I was so disappointed; I really hoped Charlie was going to make an appearance this week!
Labels: Baby Diaries