How I'm Getting Into The Christmas Spirit

The last few years, Christmas hasn't really been my favourite time of year. I'm assuming it's down to it not being the same after my Dad passing. However, this year, Mum has challenged me to get into "the Christmas spirit" and I'm trying, I really am. 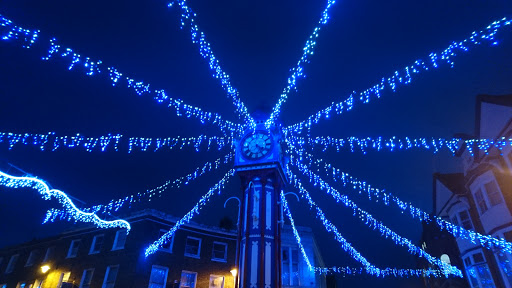 So far this month I've been to two Christmas markets, I finished my present shopping weeks ago, I've wrapped all the presents (I'm usually still wrapping them Christmas Eve!) and I have made an effort to play Christmas songs for Charlie. I've been singing them all year anyway.
I've put on my most festive bedding - yes, I know it's grey but it's the best I have - and I even got some Christmas lights up! I wasn't going to bother this year, as I knew that Charlie will do everything in his power to destroy everything but after seeing Mum decorate her little place so nicely, I desperately wanted to at least get a mini tree. 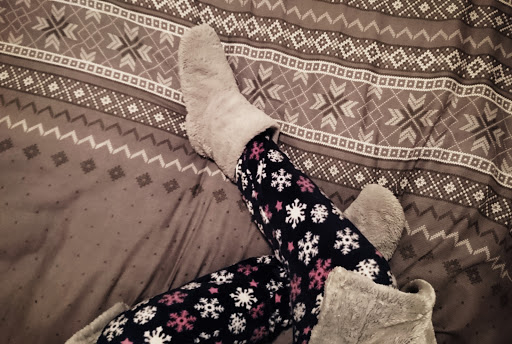 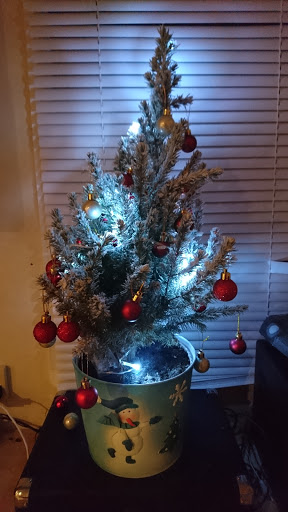 I got a little snowy tree, Charlie's Grandma bought the tub for it to go in, and Charlie and his big cousin decorated it for me. For 1 and 9 year olds, I don't think they did to badly. Grandma also bought me multicoloured Christmas lights and hung them for me. Although after a week I suddenly realised that I wasn't getting Christmas vibes but rather...Stranger Things vibes. So yeah, that backfired. 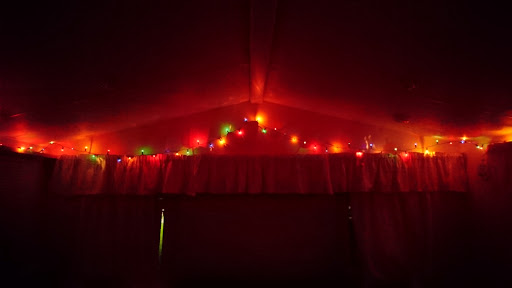 I decided to make that it for the decorations, as I didn't want Charlie to have to much to destroy!
I have also been watching some "Festive Favourites" on Netflix. I started with the final Christmas Special episode of Great British Bake Off. It was a bit of a let down to be honest but I made up for it by watching Nailed It! Holiday! which was AMAZING! Definitely worth a watch. I really want to watch Elf, but it's not on Netflix! Love Actually, however, is and I can't let Christmas go by without watching that!
While Charlie's Grandma, Auntie and cousin were here, we had an early Christmas and opened up some presents. I think out of everything I've done so far, that's probably the bit that's got me into the Christmas spirit the most. I have been giving Charlie presents over the course of the month - rather than all of them on Christmas Day - as it's going to be quite overwhelming for him if I try to give him a ton of presents in a few hours. So far it's working really well, he's had a few presents over the last week and he's loving it. Plus, it makes Christmas last a bit longer this way. I think that's why I don't really like Christmas so much any more, we have Christmas dinner, we have presents and then that's it, over.
Originally my idea was 12 Days of Christmas, ending somewhere between the 28th-31st. But sometimes he gets hold of them and before I know it, they're open. But I have made sure to make a note of who got him what so I know who to thank!
Also, opening Charlie's birthday presents took about two days, and that didn't seem to overwhelm him too much. So I know this is a great way to ease him into lots of new, exciting things! Although I think he's going to be bitterly disappointed when the presents suddenly stop - and the advent chocolate!
So, am I in the Christmas spirit yet? Honestly, no. But I'm definitely not dreading it like I usually am! While I'm not about to throw on an ugly Christmas jumper, I'm definitely looking forward to seeing my family.

What gets you excited for Christmas?
Labels: Lifestyle