Christmas isn't Christmas without snuggling down in your favourite blanket, a hot drink and a Christmas film. Normally, I don't bother (I'm such a Grinch) but due to trying to get into the Christmas spirit, I've perused Netflix's 'Festive Favourites' to see what might not cringe me to death. 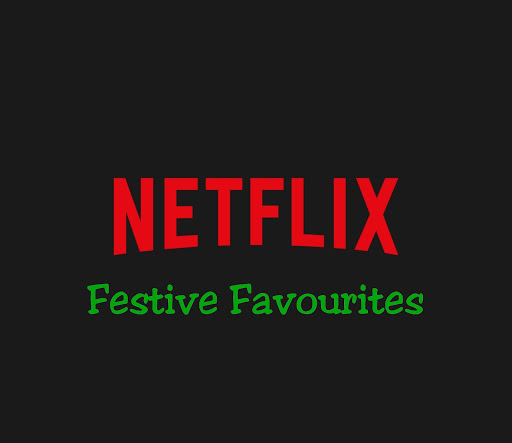 Nailed It! Holiday!
Okay I have actually already watched this and it was everything I needed from Nailed It. I actually kinda liked that they did challenges based on Thanksgiving and Hanukkah, and not just Christmas! They also did a bonus DIY episode and it was great, definitely recommend watching. Plus Nicole Byers is everything. She's really the only reason to watch Nailed It.
Love Actually
It's not Christmas until I watch Love Actually! I don't really like Christmassy films but I live for Hugh Grant, Colin Firth, and Thomas Brodie-Sangster. I keep seeing people complain that Love Actually overrated. Honestly, they're not wrong but I love it anyway!
The Holiday
I haven't actually seen it before, or really heard much about it but when I saw Jack Black on the poster for it I immediately knew I had to watch it.
Arthur Christmas
I have actually been dying to watch it since it came out but never got round to it. I can see Charlie and I snuggling up in bed and watching it together one lazy afternoon this month.
RuPauls Drag Race Holi-Slay Spectacular
I have already watched this one. Although admittedly I did stop watching it as soon as Shangela walked in. Ugh. But the next day I decided to tough it out and watch it anyway. Oh my god. No regrets! While it felt badly executed/awkward as hell, it was hilarious. Plus, Ross Matthews dressed as an Elf was all I needed this Christmas.
What's on your Festive watch list? What movie do you always watch at Christmas?
Labels: Lifestyle