The last couple of months I have been obsessed with tracking my daily steps. Normally I use my phone and Google fit to do this, but it became a bit of a pain if I forgot to pick my phone up before I started walking, or my outfit didn't have a pocket to put it in. I did consider getting a fitbit, but as I'd just paid out £200 for a car seat, I couldn't afford another £200+ for one of those. That's when Erin came to my rescue. 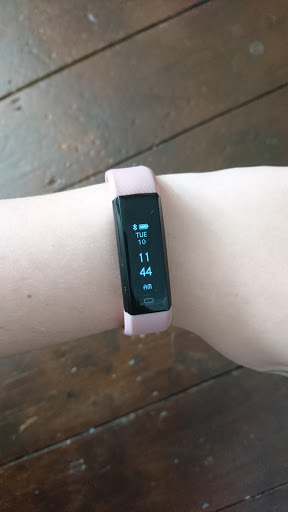 Erin told me about fitness trackers on Amazon for less than £20 and I was all over that. Again, thank you so bloody much. P.S. Check out her Instagram, she writes poems that are b e a utiful. I got onto Amazon and ordered the LETSCOM fitness tracker watch in pink. For £16.95. I PAID LESS THAN £17 FOR A FITNESS TRACKER. I obviously got it in pink because pink is my life now. I even got next day delivery because I was so excited. I have had it for a good few weeks now and, obviously, I had to write a review. Is it a complete steal at under £17? Keep reading to find out.

Unfortunately it arrived while I was out at my sisters but Mum had to go home to get clean clothes for Charlie anyway (he had the most disastrous leaky nappy ever) so she brought it back with her too! I LOVED the pink. I wasn't quite sure about it on the pictures but it's actually so pretty. I got it on charge and read the manual. It's actually so easy to use, you just install the VeryFitPro app on your phone, and then connect the watch via Bluetooth once it's charged. Then off you go!

It tracks your steps, miles, calories burned and even your sleep. It also seems to have a run mode but hahahah I'm not running anywhere. You can also set your own daily targets for steps and sleep. I just left mine where they were! 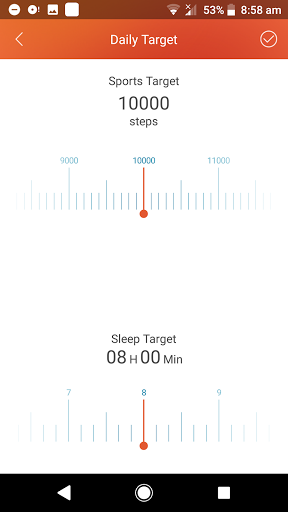 I checked my steps once I'd got home and made a mental note of it, and then about an hour later I checked it again. The counter hadn't changed. I was a bit miffed but tried to not let it bother me too much. I was excited about the sleep tracking though!
Apparently I had nine hours (interrupted) sleep the first night but I still felt like crap in the morning. But now I know why. I appear to be more of a light sleeper than a deep sleeper! 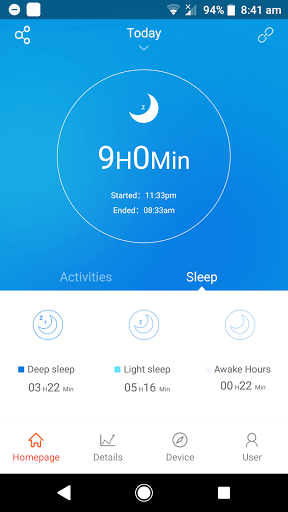 I have no idea if there's anything I can do about that but it's interesting to know!

The next day I went on a lovely long walk with Kassy, and I noticed that the tracker had actually started tracking the steps I took around the house as well! I was so happy about that, I don't leave the house every day so I feel like I would have wasted my money if it didn't track all my steps. I think it just needed some time to warm up and work out what it was doing. 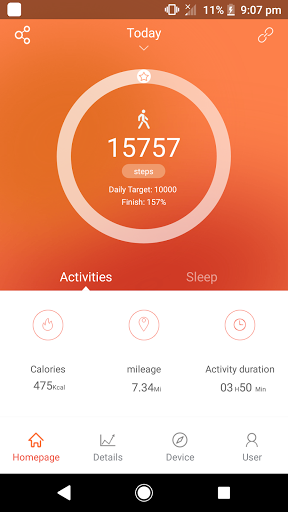 I quite quickly realised that the sleep tracker is not the greatest thing ever. Having a baby, I'm obviously going to be awake a fair bit in the night, and I've noticed that if I'm awake for a while, the sleep tracker deletes the previous sleep, and starts all over again once I'm asleep again. Not ideal! But I bought the tracker for the steps counting more than anything. 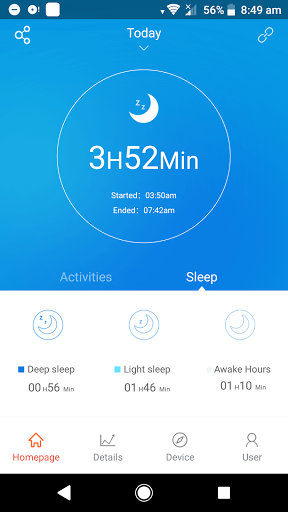 After a few days I realised it can be connected to Google fit but at first I didn't think there was much point to it to be honest, as the tracker can't track your vital signs. Although, I did notice that it tracks your weight! No idea how, but it appears to be pretty reliable! So, if you're bothered about that, it may be worth connecting to Google Fit. 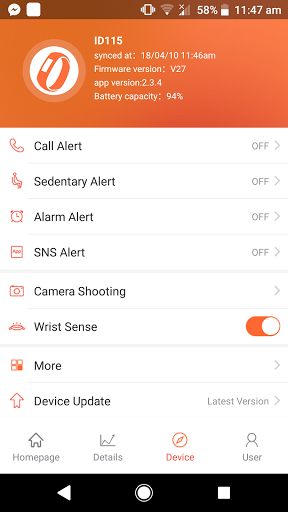 The tracker can also find your phone! Even if your phone is on silent, it will ring until you open up the VeryFitPro app - super handy! I'm always losing my phone and it's always on silent so
it's great that it makes noise anyway.

It stayed charged Tuesday-Saturday which was was great - I wish my phone could go that long without needing to be charged! I don't think I actually HAD to charge it on Saturday but I thought I would anyway, just to make sure it was done. It only takes an hour to fully charge.

I got a bit confused by the sleep tracker again a few nights in. It said I fell asleep around midnight, but I know I was still up talking to Ash at 12:30am so I'm not completely convinced the sleep tracker is any good at all really. 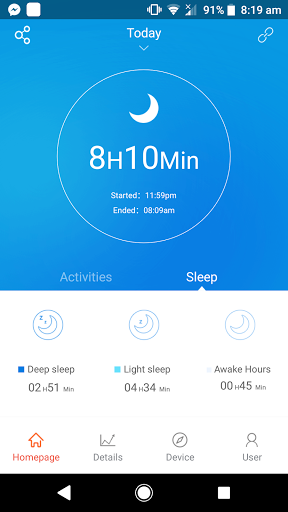 But at least I got a bit more deep sleep that night!

Another handy little feature is has, it that it shows your development over the weeks, months, and even years! I probably won't remember to check it much but I think that's such a great thing to have. 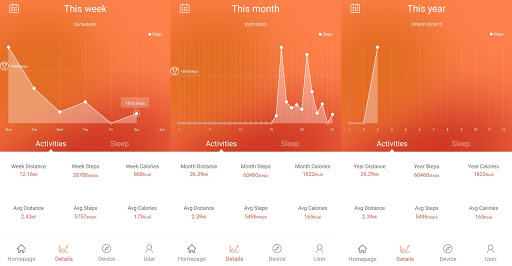 Overall, I'm really happy with the fitness tracker. It tracks my steps, the charge lasts for at least four days, and it looks cute. I have definitely learned to ignore the sleep tracker for the most part but, for £16.95, I can't complain too much. It was definitely a purchase worth making.
Labels: Reviews & Sponsored Content Saph Gets Fit