Last weekend was once again spent in Mum and Dave's lovely new caravan! Once again, it was bloody cold. Although not quite as cold as last time, thankfully. 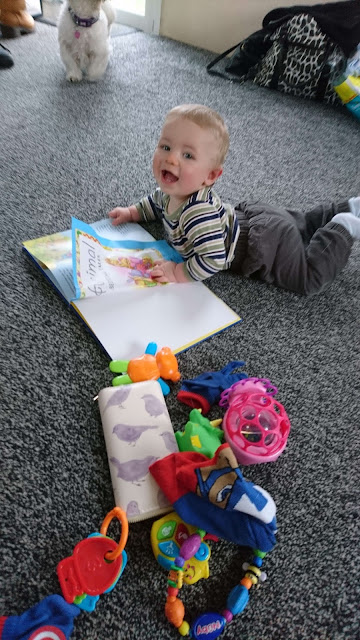 We arrived at the caravan at around 4pm Thursday and quickly unpacked in time for the boiler bloke to come back, and double check the new boiler was working properly. It was, so lots of water and no frozen pipes/toilet this time! Excellent start to the weekend. Charlie was being an absolute grump though and only wanted Nana. I had to change his nappy at one point and she left the room. Big mistake. He F R E A K E D so I had to yell for her to come back and distract him so I could change his nappy without him crying or rolling. I literally have no idea what his problem was but he was a real Nana's boy that evening.

While Mum fed him dinner, Dave and I took the dogs for a walk. The rest of the evening was spent watching a Nightwish concert DVD, playing with the dogs, and making Charlie crease up by blowing his dummy out of my mouth. He honestly thinks it's hilarious, it's so cute. He didn't go to bed until gone 9pm though, so once again it was quite late before Mum, Dave and I got to socialise between ourselves, chat and play games.

FRIDAY
Friday was brilliant. We woke up early to lovely sunshine and were out walking just after 10am. The canal is just a two minute walk away from the caravan park so we headed down that way and ended up at the beach! It was a lovely walk and lasted roughly two hours. Charlie fell asleep about 10 minutes in so missed everything. Then woke up about five minutes after we got back. Here's what he missed: 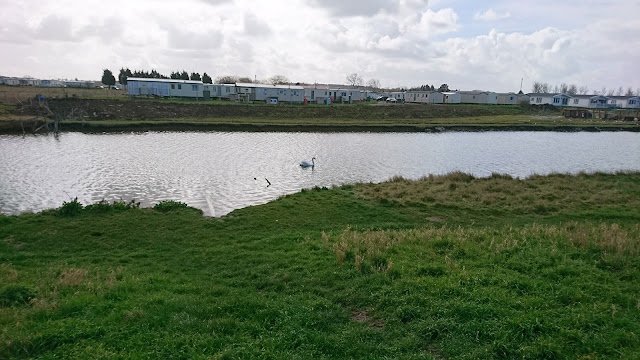 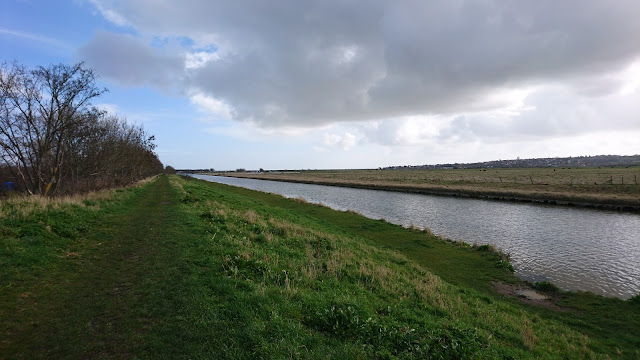 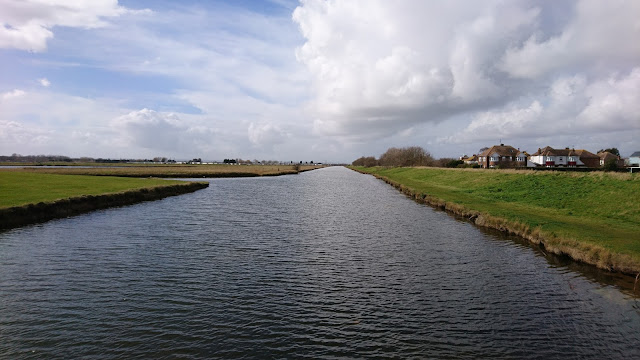 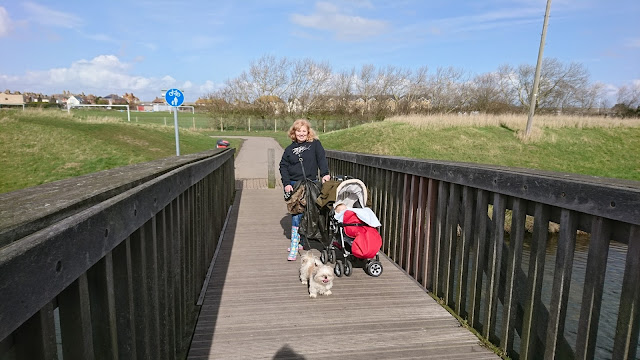 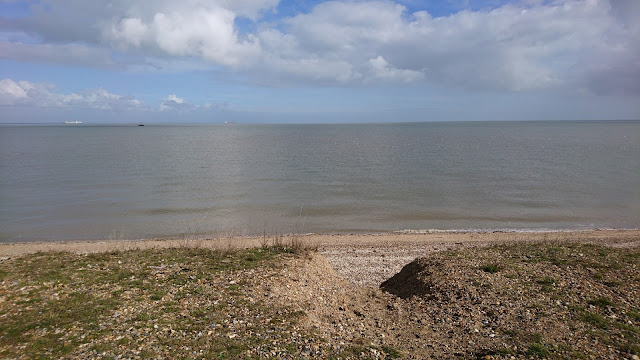 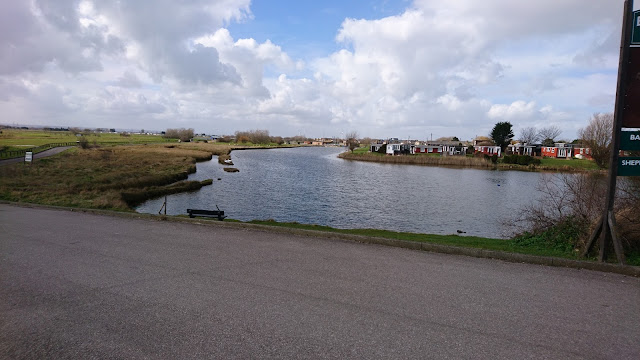 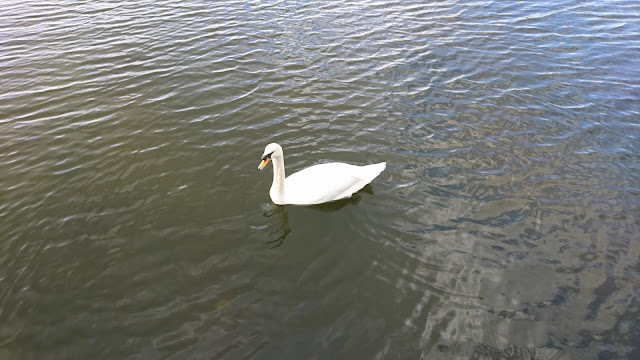 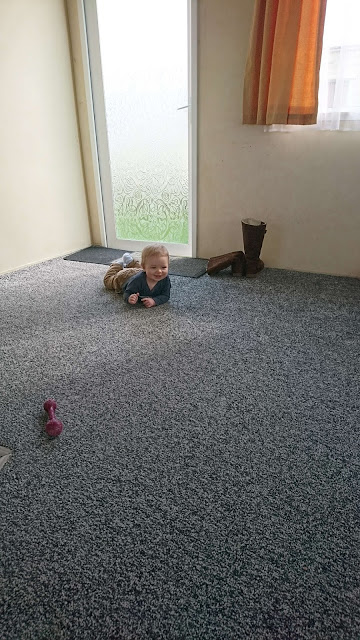 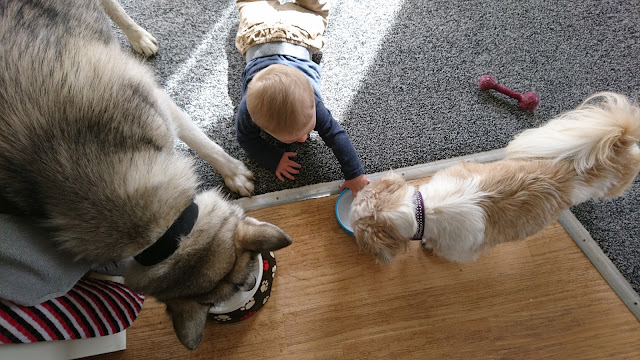 We were meant to go out into the town after lunch but I was literally falling asleep on the sofa, so Mum and Dave left me to rest and look after the dogs while they took Charlie out again. Apparently Charlie was an absolute nightmare but the town itself is really good. I was a bit gutted I didn't go to be honest, I was looking forward to seeing what the town was like and it was so sunny and beautiful. To make it worse I only slept for about half an hour! But I did get to watch two more episodes of Scream before they came back so I still rested.

Charlie actually went to bed fairly early that night and we just chilled out. I sat working on my April bullet journal spread while the dogs laid on me, Dave snoozed on the floor and Mum read her book. Bit annoyed with myself for forgetting to pack a book as well to be honest; Friday evening was perfect for snuggling down to read! We did end up playing a card game for about an hour, but we were all still so tired from our morning walk (plus Mum and Dave went out about 5 or 6 times in total) that we were all in bed by 10:30!

Also, I'm very pleased to say that by that point I had lasted 31 hours without paying for WiFi! I'm beyond pleased with myself and the social media detox was well overdue. Plus I'd saved myself £6. It did get to the point where I considered buying 24 hours worth, but it seemed pointless when I knew I'd either be asleep or out walking for the majority of the 24 hours! I will admit that I used my (only) free 15 minutes of WiFi to try and download some more stuff to watch on Netflix offline - but the WiFi connection is so bad here that my 15 minutes were up before anything finished downloading! So I don't feel it counts as I didn't really get to use it!

SATURDAY
What a shit start to Saturday. I had a crap nights sleep and it was freezing cold, AND we woke up to snow and rain. So we decided on a duvet day. At least until the weather changed. Charlie got up to lots of mischief during breakfast. 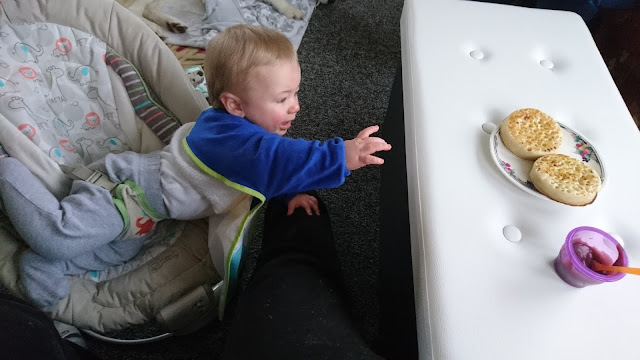 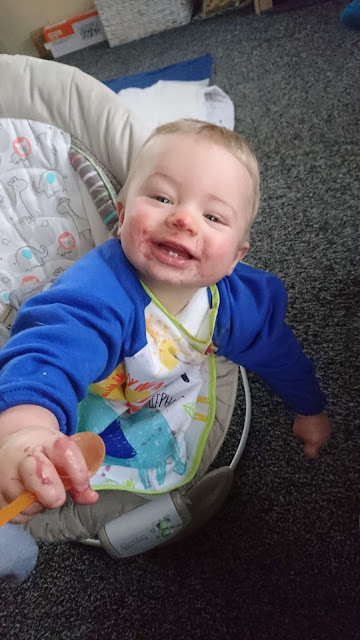 By 2pm the weather still hadn't improved and I'd run out of downloads on Netflix. Charlie only wanted his Nana again so I was bored with nothing to do, watch or read. Joy. But as tempted as I was; I still didn't pay for wifi! I did seriously consider it, but the later in day it was, the less I wanted to pay for it. But I'm definitely going to have to rethink my options if I come back again this weekend! Which I probably will be.

Mum and I attempted to play at one point but Charlie kept trying to steal the game off us so we gave up in the end. He went to bed fairly early but only stayed asleep long enough for me to help Dave walk the dogs. I did not anticipate how cold it would be. Even though I had been cold all day inside, I wasn't prepared for the cold outside. It definitely didn't help that it was snowing again, plus I didn't even realise that snow had laid! But I was glad to get some fresh air; I wasn't happy about not going on a long walk that day.

After lots and lots of crying, crawling and playing, Charlie finally got back to sleep just before 10pm. I had to give him some Nurofen; it seemed to be teething pains upsetting him. I reckon he's due a new tooth any day now! He hasn't cut one since January. I was hoping for a decent nights sleep Saturday night, Charlie was a bit whingey and wriggly all of Friday night so I was desperate for some decent sleep!

54 hours without caving and paying for WiFi!

I so did not get a decent sleep. Babies are exhausting. We didn't get up until 8:30 though, and I gave Charlie breakfast while Mum and Dave took the dogs for their morning walk. Or I tried to feed Charlie anyway, he just wanted the spoon. When they got back, we had a huge full English breakfast and got packed up and ready to go home. 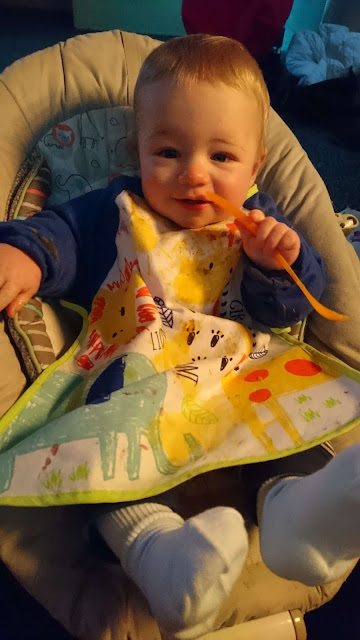 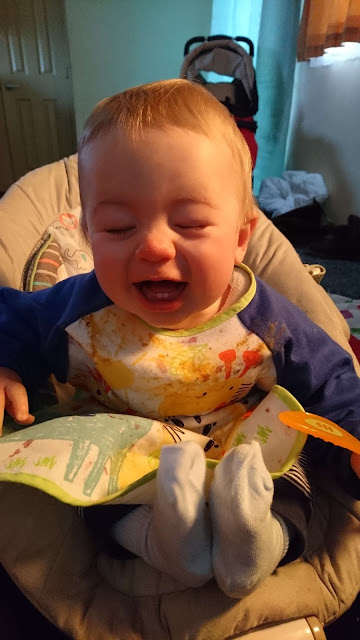 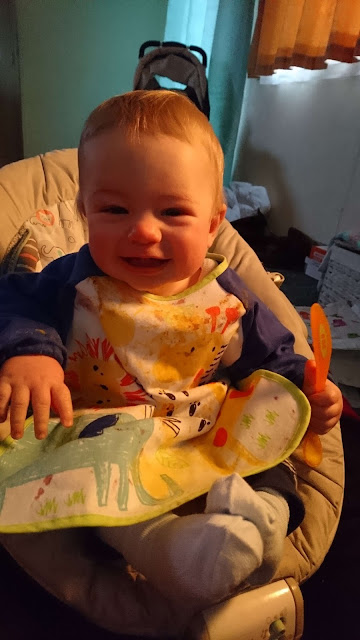 I can't believe I made it all weekend without wifi and social media. I think that's the longest I've been without wifi for about five years. Although I did use up the last of my data googling something, and catching up with the group chat, I'm very proud of myself for not buying wifi access. I had such a great weekend too, it was so nice not being online constantly! No drama, no comparing, and no mindless scrolling. Bliss.

Even though its not technically a holiday, I'm loving coming to the caravan for the weekend. The cold needs to go away ASAP but the atmosphere here is so much nicer than at home. I'm tempted to get myself and Charlie our own caravan and move to Sheppey too!