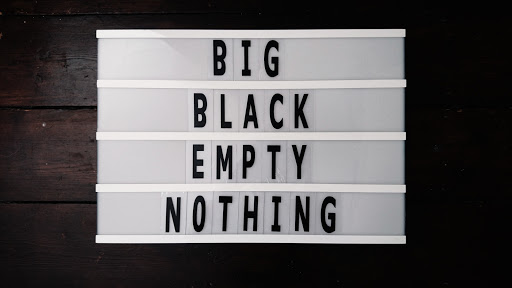 Recently I watched the Netflix original of Scream, the TV series. I'm going to try and keep this as spoiler-free as possible but, in one episode, a character gets drunk and makes a speech. There was one thing in particular that she said that really resonated with me.

'I almost died and you know what I saw? Nothing. No white light. Just big, black, empty nothing.'

I was shook. I never say shook so you know I really mean it. Over the last few months I've really not thought about the night I almost died, but that really snapped the memories right back into the forefront of my mind.

Obviously I spoke about it in the first post I wrote about my hysterectomy but I honestly can't remember how much detail I went into. I had no idea what was going on but I was so scared. I still feel scared now, just thinking about it. I was in recovery when it started. I didn't know what was going on but I was hemorrhaging so badly, and I could see the look of panic on the anesthetists face. I was shaking so much (although the anesthetist claimed it was from the anesthetic wearing off) and I was *so. cold*. I literally felt like I was freezing in ice.

Eventually I was wheeled back into surgery with a surgeon straddling my bed, massaging my uterus (I didn't know that was what she was doing at the time but it sure looked and felt weird) and I was still shaking away. I think a small part of me began to panic then, I knew if things were okay I shouldn't have been going back to theatre. They put me back on the theatre table and I'm not sure if I passed out from the blood loss or if they knocked me out but I was gone.

From there all I remember is the big, black empty nothing. I remember feeling like I couldn't breathe. I remember thinking someone needs to make a decision, NOW. I was panicking. I could feel myself starting to drift, because I couldn't breathe. I was so scared. I felt like I was floating in the nothing for hours. I begged for a choice to be made. I don't know how I knew a choice needed to be made, I really don't. I don't recall hearing any voices. I just...knew.

You know how in movies or TV shows, when someone is having a nightmare and they wake up, they're literally sucked out of the dream? That's exactly how it was when I woke up. I was literally SUCKED out of the void. Even though I woke up in a strange place with nobody but hospital staff walking around, I was so relieved to just be awake. Even when I couldn't talk, all I felt was relief.

I managed to get the attention of a nurse who had been looking after me and she took my breathing tube out. After finally getting some water that I initially asked for 12 hours ago (losing blood makes you dehydrated, duh) I asked her the question that was burning my tongue: 'did I nearly die?'
The fact that she hesitated answered the question for me.

Many have people have claimed to have seen a white light. Mum pointed this out to me when I reminded her about my big black empty nothing. However, the people who say this, their hearts actually stopped beating. I may not have gone into cardiac arrest but I did nearly die. My heart wasn't far off from stopping. Besides, the white light people were in darkness first. If the surgeons hadn't made the decision I was so desperate for them to make, my darkness may have turned into light. I wouldn't be here thinking about the empty void I was in.

White light or not, I knew my life was hanging in the balance. I have never felt fear like I felt that night. The worst part is that I know, one day, I'm going to feel that fear again. Maybe next time, I will see the white light. I don't know what scares me more.
Labels: Life After a Hysterectomy