Caravan Life | A Weekend Away

I finally had a much needed getaway a couple of weekends ago. I'd been needing a break for a long time, so the fact that Mum has recently bought a caravan come in quite handy! In a recent post, I spoke about how Mum was moving out. She bought a caravan on a holiday park (with the intention of us moving in too) and thought it would be nice for all of us to spend the weekend there. 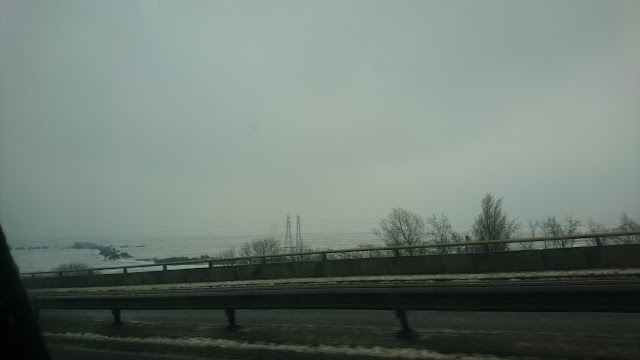 When we first got there the caravan was absolutely freezing. Charlie and I stayed in our coats for the first two hours! I really wasn't happy for the first night and was desperate to get home, but by the time morning came and I had a decent sleep, I wasn't so miserable. It was a tiny bit warmer on Saturday too, so that perked me up a bit. I refused to leave the caravan though. All the while there was snow and ice on the ground, and Charlie's pram is a bit crap, I wasn't taking Charlie anywhere.

So although I was housebound, I was a lot more relaxed than I have been for weeks. I realised by Saturday afternoon that my head was no longer buzzing, and I actually felt happy. Plus the crap wifi connection meant that I wasn't constantly glued to my phone, and perhaps played with Charlie and the dogs more than I usually would. Mum and Dave were a bit more sociable than they usually are too. Once Charlie was in asleep in bed, we'd stay up for an hour or so and play a card game. I think that has a knock-on effect on our moods at home too, we don't actually spend much time with each other having a laugh.

I'm not sure how but the dogs ended up having a sleepover with Charlie and I Saturday night. I couldn't bear to kick them out once they got comfortable, but thankfully they weren't any trouble. Kept my legs warm too! 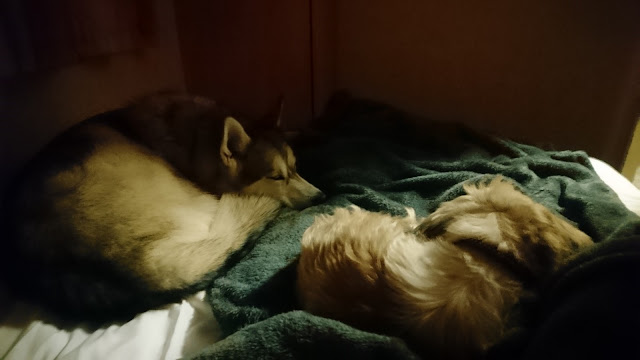 Sunday was by far the best day. I finally got out of my pyjamas and took the dogs for a walk with Dave, while Mum stayed in the caravan with Charlie. It felt good to actually get dressed and get some fresh air. I even managed to last a few hours without any wifi! I am weak though and ended up paying for more by noon. I didn't have anything else to do though, it had started raining, Mum and Charlie went for a nap, I didn't want to watch TV and I forgot to pack a book! But even then I only really used it to draft up some blog posts. 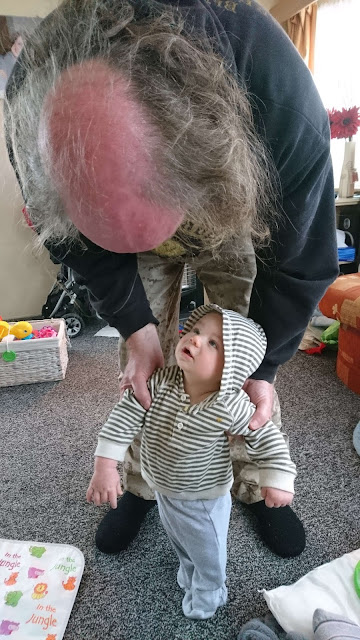 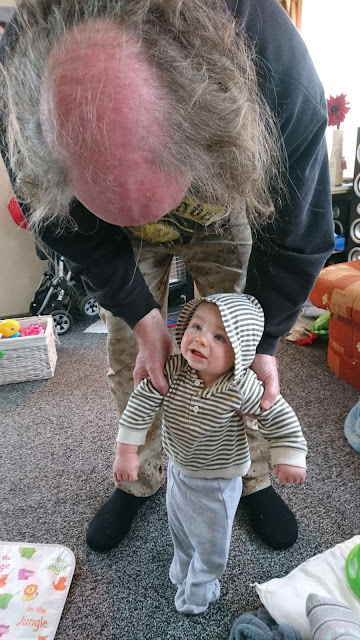 After lunch I took the dogs out for another walk in the rain and then we all settled down to watch a film. I've honestly completely forgotten what happened after the film finished. I vaguely remember trying to make Charlie watch my favourite musical - Cats - and singing along as much as I could but he really wasn't interested. Tarja also had another sleepover with us that night and then Monday morning we got packed up and were home by 12!

Without a doubt, that little getaway was so needed, and it was so lovely to not be surrounded by stuff. You might know that I'm really into minimalism, so being somewhere that literally only took five minutes to tidy up was heavenly.

As for Charlie, I think he loved his first weekend away. He finally started crawling (commando style) properly just before we left home, and so got plenty of practice in over the weekend! He had fun turning his toy box out over and over again. Plus I think it was good for him to be somewhere new for a few days. 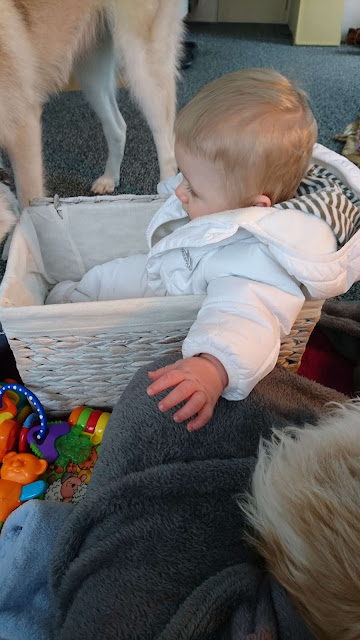 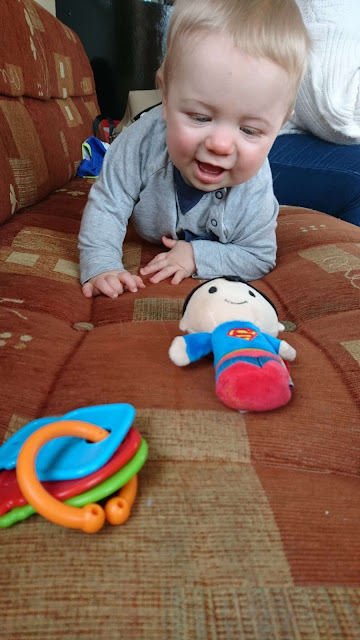 I think the dogs enjoyed themselves too, especially Luna. 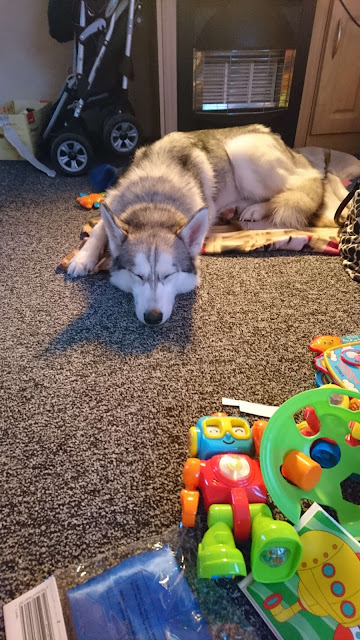 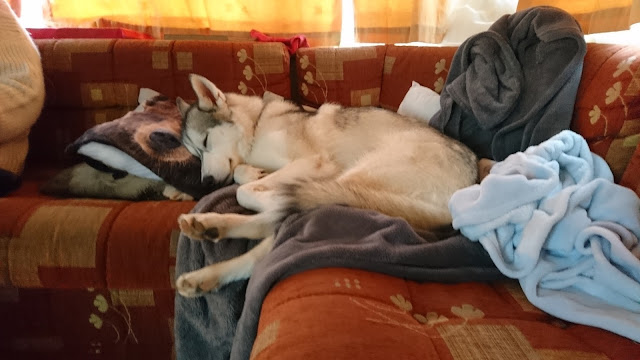 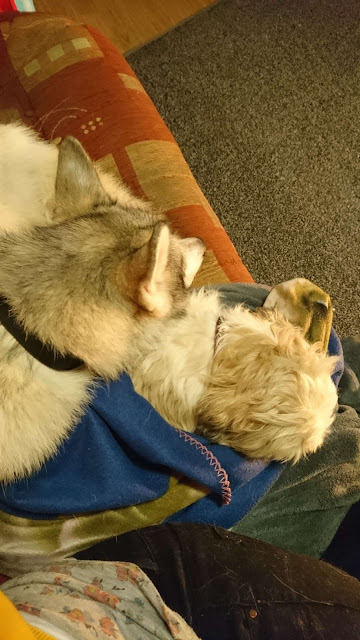