A few weeks ago I decided to get us all out on our bikes for a quick evening ride. Josh had bought Charlie a balance bike, as the scooter was a no-go and he doesn't pedal his trike! I fancied attempting another go on my bike so off we went. 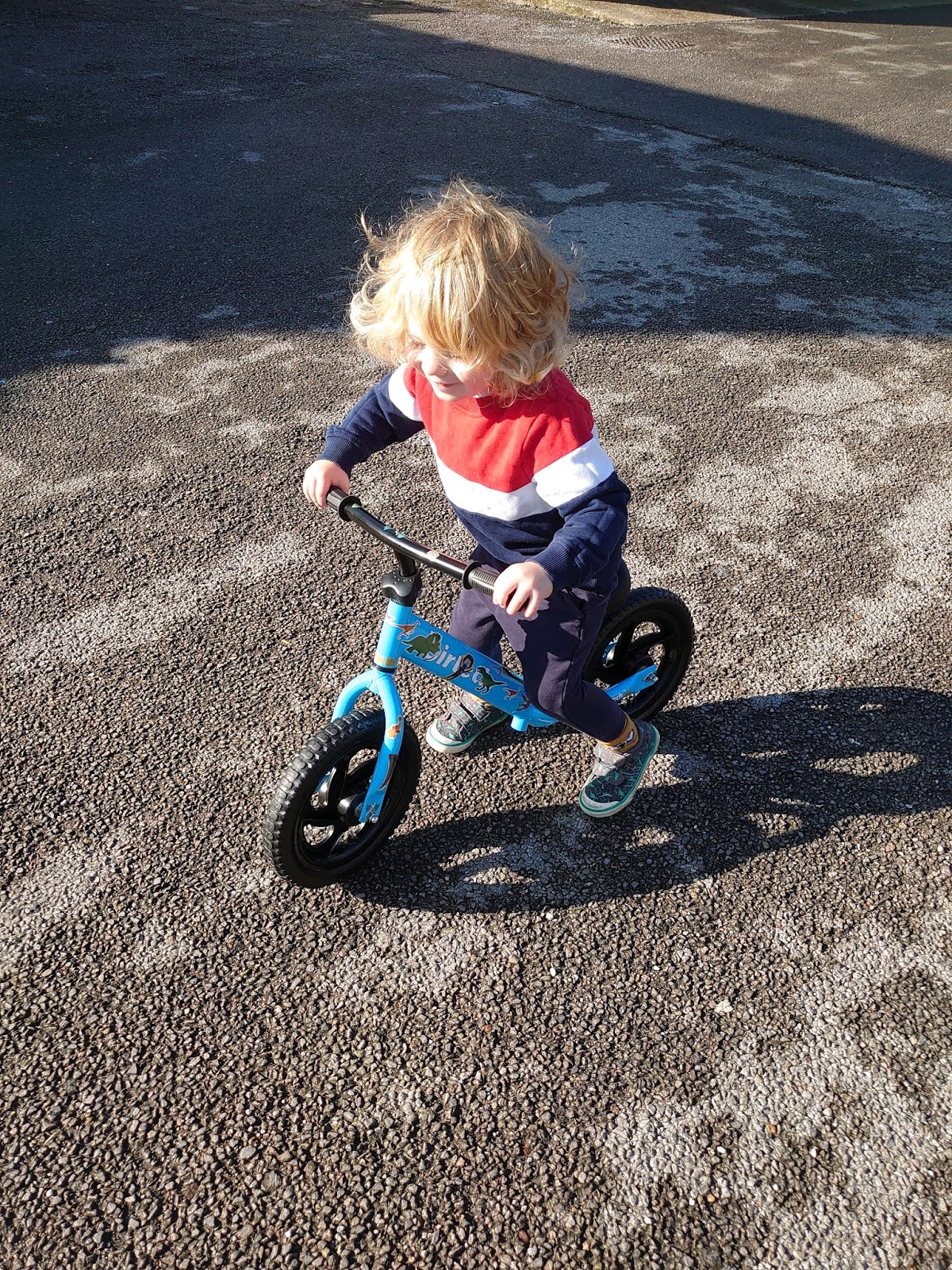 Josh had also bought me a new, bigger saddle as my original one was tiny and painful. Admittedly, it did feel more comfortable but it's also much thicker, which means I can only reach the floor with the very tip of my tippy toes. Which does not make me feel safe. 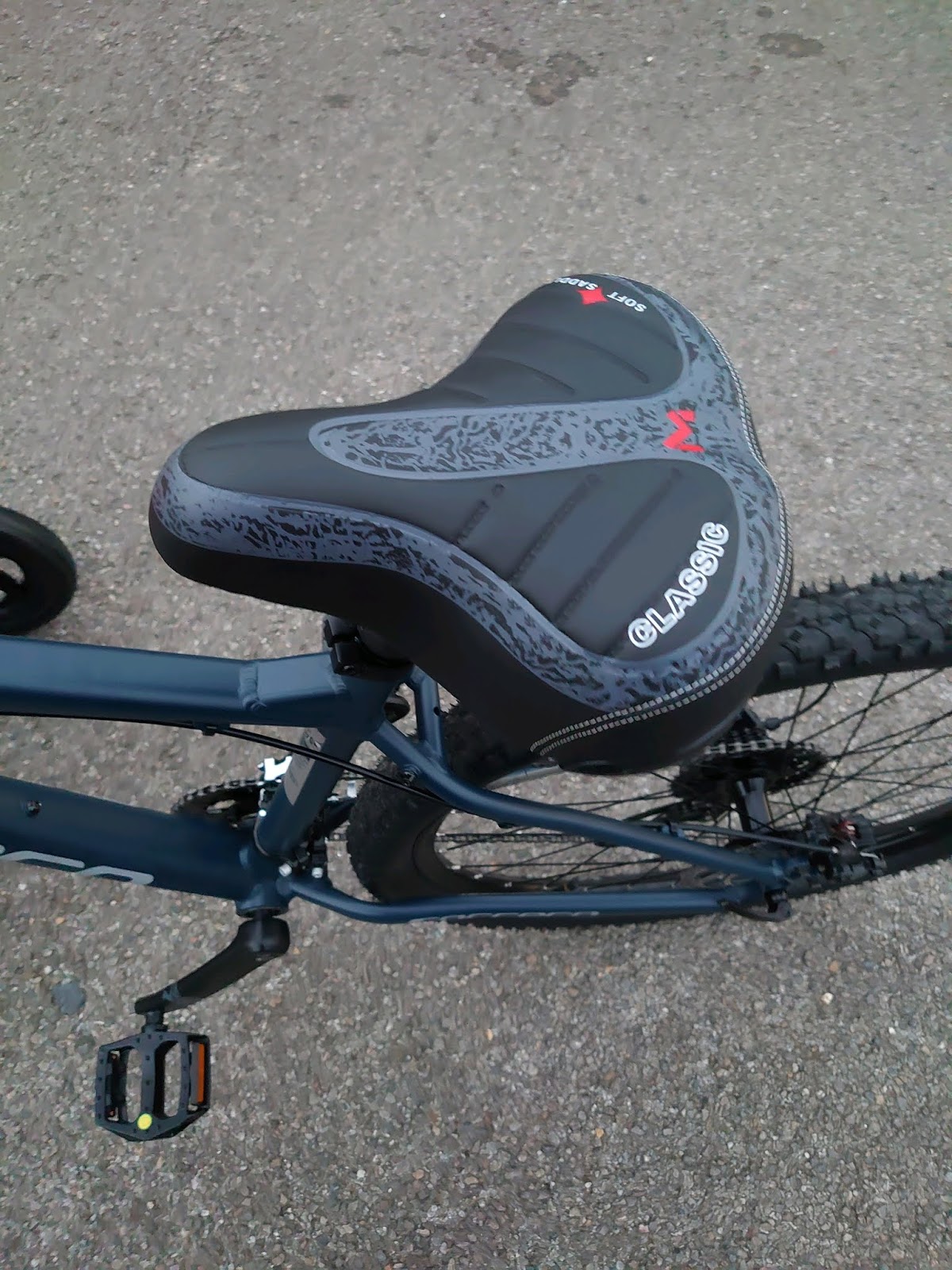 It's safe to say I did not pedal at all during that ride, and I felt a bit like Charlie on his balance bike. Only his balance was a hell of a lot better than mine. I fell off because I couldn't get my foot in the right position once I'd stopped. I bloody hate falling. So I'm very torn about the new saddle. But I'm determined to be riding before the end of the year!
I've been job hunting for months now, and it's going nowhere. I think even if it weren't for covid, I'd still have a hard time getting a job. I've been out of employment for about four years now and apparently companies don't like that. F@#k me for having a kid, right? Josh suggested I take another year out, get into a college or uni course and honestly, I've been tempted for a while. The problem is picking a course I think I'll be competent at! I have a few in mind, I just can't decide if it's worth attempting it. Plus the longer I'm out of a job, the longer it'll be before we get our house. But then if I go to college or uni, I could potentially get an apprenticeship! So I guess I have a lot to think about.
I decided to bite the bullet and bought myself a new laptop. The mouse-pad has stopped working on mine and I couldn't find the lead to my spare mouse. It was a bit old and crappy anyway so I thought screw it! I had to take money out of my savings for it but sometimes it's just got to be done. She's beautiful. I decided to get the ASUS Chromebook. It's a bit wider than I originally wanted but that's the problem with having to buy online! I love it though, it's so refreshing getting off my phone and blogging on a laptop again! Although I have noticed I make more typos now! I do think it's a lot easier on my eyes though. 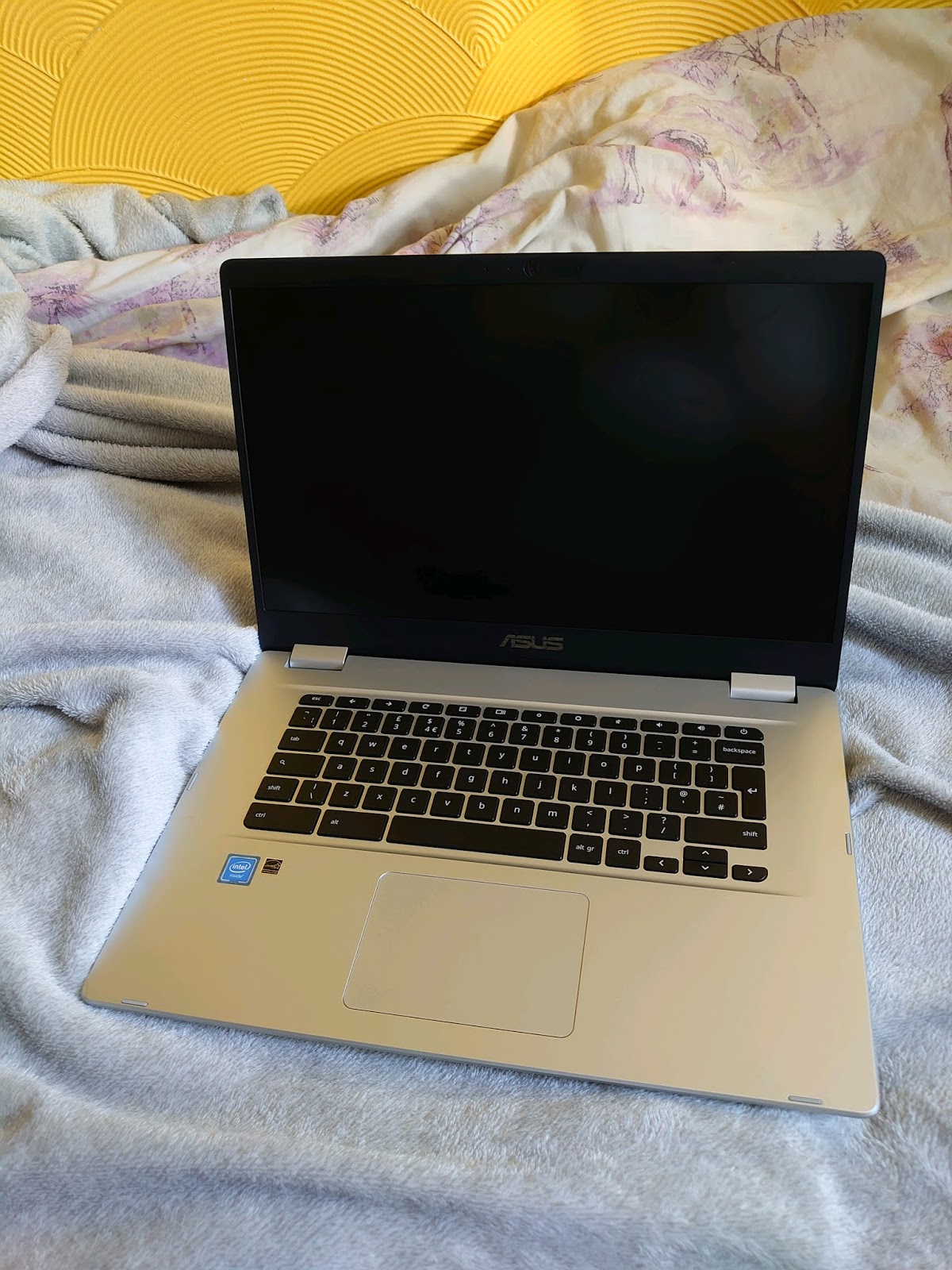