February absolutely flew by, I can't believe I'll be going back to Sheppey this weekend! Apart from being poorly, February has been lovely and I've been up to all sorts and seen lots of people. 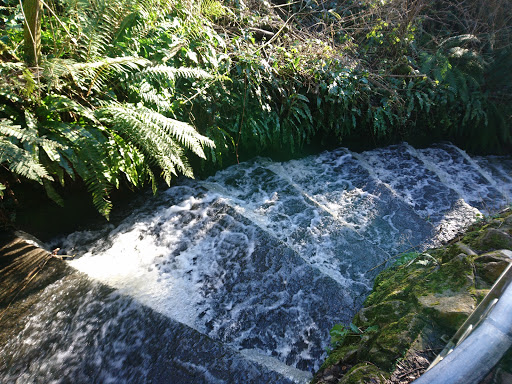 Lose Another 4lbs
The first week of February I was in lots of pain and could barely move, and then once I had recovered from that the following week I was full of a rotten cold. So I couldn't exercise or get out as much as I would have liked to! This did mean I gained a pound but
I soon made up for it once I was well again, and have been on moderate-long walks every day since. I was so close but I have managed to lose 3lbs! I'm so happy, and I'm slowly starting to feel more comfortable in myself. This also means I've lost a total of 7lbs this year! Even if I did gain and lose the same one twice...

Complete Cardigan Jezebels February PAD Challenge
I actually did it! I'm honestly really surprised I completed it, and came very close to missing a couple of days! I'll be writing a full post about it (as part of my 23 While I'm 23 list) but you can see the last 28 days on my Instagram.

Drink Only Water for 7 Days
I decided against doing this in the end, as my need for tea has been off the roof lately! I also figured it would be easier to do if I also wasn't being offered a tea every few hours hahah!

Complete 21 Days of Calm
I'm actually a little bit gutted to say I didn't complete it (in fact I think I only did 4 sessions) but I'll forgive myself, as it was a just-for-fun goal rather than one as part of my 23 While I'm 23 goals.

I completely outdid myself this month and actually read three books! I really didn't expect to read so many in such a short month but I was completely hooked on a trilogy and read the lot by the 20th, which gave me time to read at least one more book by the 28th!

Book one: Three Dark Crowns by Kendare Blake
I loved this book. Even though, technically nothing really happened (it was all a huge build up to book 2 of the trilogy) I was completely fascinated and immediately ordered the second (and third!) book so I could find out what happened next ASAP.

Book two: One Dark Throne.
Usually the sequel disappoints but this one absolutely did not! So much happened and I was dying to see what happened in book three. As eager as I was to finish the series, I was also really hesitant because I didn't want the story to end! But I was a bit confused about a part of it, so I really wanted to find out if that was explained more in the final book...

Book three: Two Dark Reigns.
The bit I was confused about still didn't really get an explanation on how the thing happened so I really just had to accept that I'll never know, which is annoying as hell. However it was still as drama-filled as the previous two books and I loved it. I was not impressed though when I realised it finished on a bloody cliffhanger and the next book isn't being released until SEPTEMBER! Absolutely fuming. I really loved these books, and I can't wait to get my hands on the novellas and book 4!

Book Four: No Escape by N.J. Cooper
Back to my usual psychological thriller and it was a great one to start with! This one was a bit more in-depth about personality disorders, and how children are treated in infancy can affect their brain delepment. I'm assuming it was scientifically accurate and it was fascinating! I also wasn't expecting the ending, definitely lots of twists in this book!

Spending Ban
Eesh...I could have done worse I guess. I decided to keep track of my spending in my Planner in the end, marking off no spend days on the calendar and then making notes of what I spent/what I bought to the side of it.

I don't really count food, drink or any of Charlie's essentials as going against my Ban, only clothes*/accessories/books. *Not including a pair of jeans I genuinely needed to replace a worn-out pair

Keeping that in mind, I spent around £50 on 'unnecessary' items. Which for a spending ban isn't great but for me...that's pretty good going. January was definitely more of a spend up than February!

How did your February go?
Labels: Lifestyle