Hello! Have you missed me? I have very much enjoyed my time away from blogging, and very seriously considered not coming back at all. Obviously I couldn't stay away completely, but I have decided to ease up on the blogging a bit. I got serious blogging burn out from posting so regularly in December, that I have decided to stop worrying so much about a schedule, and remember to treat blogging as a hobby, rather than a full time job. Especially as I haven't been feeling particularly inspired and only have one more post written up and ready after this one!

So, what have I been up to this last month? Keep reading to find out... 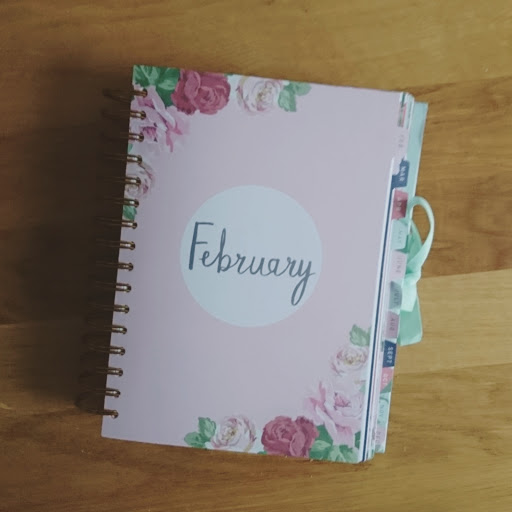 I am very proud to say I've made a great start with my weight loss, and I even managed to hit my January weight loss goal! I'm 4lbs lighter and feeling so much better for it already. I have been eating so much better - though cookies were very much a downfall the first couple of weeks - and been doing much more exercise, including at-home Bounce classes! Although most of my exercise has been walking, and I walked between 8,000-15,000 steps most days!

I'm a bit disappointed that I didn't get any more YouTube videos up, but I really just haven't been very motivated! So I had an unintentional vlogging break, as well as a blogging break. I am hoping to get back to it this month though, otherwise I probably won't have another video up until March.

I made a pretty good effort to stay off my phone more in January, and have grown a pretty substantial forest! I still feel like I was on it a lot though, so I want to work on that more this month. 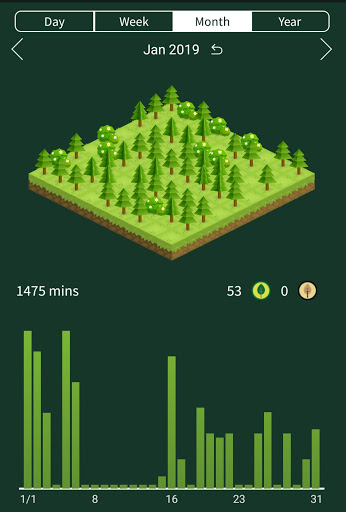 One thing that made me happy last month is that I got to see some friends for the first time since September! I'm planning to see more of them during February, but it's been so great to be socialising again. Especially as Charlie has been spending time with children too! Seeing him try to play with other kids made me so happy, as I had been worrying that I'd accidentally made him anti-social for a while! No need to worry though, he's proving to be a social butterfly and such a sweetheart with others.

Complete Cardigan Jezebels February PAD Challenge
Once again, Meggan at Cardigan Jezebel has created a Photo a Day challenge for Instagram and I'm determined to complete it this time. Follow me on Instagram to see how I do, and maybe join in with the challenge yourself! Meggan is also holding a beauty challenge which looks like fun if that's your kind of thing! 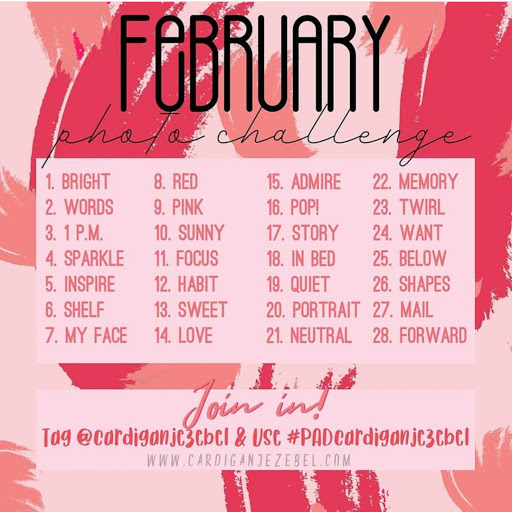 Drink Only Water for 7 Days
I'm honestly not sure if I'll manage this one! I'm mostly drinking water and tea at the moment, but it's very hard to say no to a cup of tea if I'm offered...I'm going to attempt it, but I won't beat myself up too much if I don't complete it! I can always try again in March, as I won't have someone offering to make me one every hour or so!

Complete 21 Days of Calm
I completed 7 Days of Calm last week (blog post coming up on that!) and loved it - spoiler - so I have decided to give it a go for 21 days too!

Read 2 Books
I honestly don't know if I'll manage this one. I really struggled with reading in January, but I still managed to read three books...so we shall see. February's Book Club book is Three Dark Crowns which I'm looking forward to starting!

Spending Ban
I bought far too many things in January (mainly books!) and took Treat Yo'self far too seriously and I need to stop. I need to avoid Primark like the plague, stop taking advantage of Amazon and generally chill with the spending. I haven't decided how I'm going to keep track of it yet, but I need to do something. Although this morning I found out my banking app has the ability to freeze/unfreeze card transactions, which I immediately turned on for online/in-app purchases!

What are your goals for February? How was your January? Let me know in the comments!
Labels: Lifestyle