July Round Up & August Goals

July was very much up-and-down for me. I wasn't very happy a lot of the time, with some very good times inbetween. I didn't get much done, I certainly never got to create my habit trackers in my bullet journal, Gail came to stay for a week and my baby turned one. SOB! 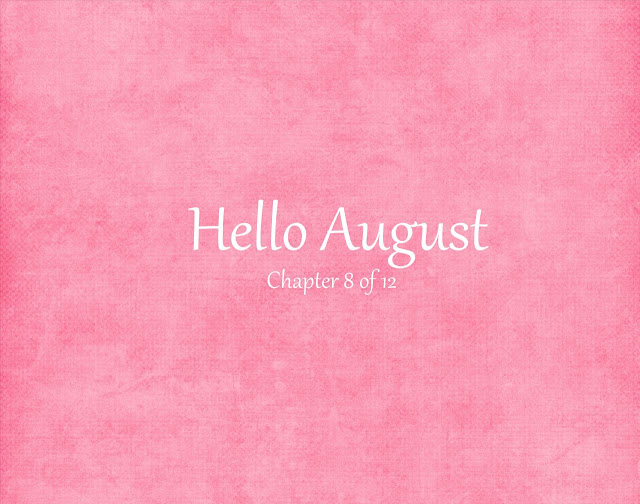 Read more books
I didn't read anywhere near as much as I wanted to. I finished off the book I started at the end of June, I read and reviewed a novella, I read the draft of six chapters of a book my sisters friend is working on, and I finished another (whole) book! So actually, I didn't do so bad. But I intended to read two full paperbacks this month.

Work out more
Okay so...I didn't actually work out at all. But I did exercise! I went on short, but brisk walks (usually to Tesco) and I had a few Disney dance parties! I also went on a 3 day trip to Sheppey which of course meant lots of walking. Also, tidying up my bedroom is a work out all on its own - especially in the heat we've been having! Okay, so I didn't do what I set out to do, but I didn't gain any weight last month! That's a huge win in my eyes.

No (or at least less) tea!
I did this one too! I started off with the intention of no tea (except herbal) for 1-2 weeks but failed on the second day. However, I have only been having 1-2 per day, and not even every day! I did make a pledge to myself on the 19th to quit tea from then until the 31st - a whole 13 days. I almost did it! I was really poorly on Monday, and my sister made me three hot, sweet teas to replace my electrolytes lost from vomiting. I hate how good they were. I'd actually spent the week craving them because Gail was here and seemed to constantly have tea in her hand, but I was determined not to fail. I would have made it if I hadn't been ill, but 11 out of 13 days isn't bad!


I'm pretty much planning on continuing with July's goals, and a few more. I kinda want to relax a bit in August though, I feel like July was so stressful with party planning! I'm also considering going back to brunette. I dyed my hair red in the hopes it would make me feel more like "myself" again, but it hasn't really worked. I don't know if it's because it's not the same shade I usually use (though it's very similar!) or if it's because I'm just not the same person I used to be...either way, I'm not as happy with it as I thought I would be. I never expected to be happier as a brunette, but I think I'm going to have to make the change back. Though I am considering getting balayage this time!

Lose another 5lbs
I know I said last month that I didn't want to concentrate on the weight side of things, but after losing 5lbs over as many weeks, it feels too good not to! I still want to concentrate on being healthy, rather than slim, but I don't think it hurts to have a goal. I'll also be keeping track on my new fitness insta account; follow me on there if you want to see my progress!

Go Vegan
My sister and nieces are going away for a few days this month, and I'm going to attempt to eat entirely vegan while they're gone! Mum will be here with me too, so I'll be making her eat vegan as well! Well, I say 'making', she has said in the past that she'd give it a go with me. I've been saving some vegan recipes on Pinterest, and I can't wait to do the food shop in preparation!

Bake Something
In July, if I wasn't reading or party prepping, I was watching Nailed It or Sugar Rush on Netflix, and I really just want to bake something! I didn't get to bake anything for Charlie's party, but I really want to give it a go this month. Although I'm thinking some savoury muffins, rather than something sweet. Kassy was telling me about some of the fab things she makes for Jaxon last week, and I really want to try Charlie on some new things! Though I do also really want to play with icing...

Bullet Journal
I haven't really had the time to bullet journal the last few months but I really miss it! I really want to make more time for it this month, and get my layout looking swish.

Budget
My spending habits have been shocking the last couple of months and I need to be more careful with my money! I have been helping out with the grocery shop more since my sister moved in - which is fine! - but I still tend to buy unnecessary items that I really don't need. I also need to stop buying clothes in Poundland when I go to Sheppey. They're so cheap and cheerful that it's hard to say no but I can't keep buying £30's worth every time I go! Although, to be fair, I did end up buying the lovely jumpsuit I wore to Charlie's birthday party the last time I was there! But still, I need to stop. Once again, I'll be using the Wallet app to track my balance/budget, and I'll be attempting a weekly budget this time, rather than monthly.

Okay, so maybe I ended up giving myself more goals than I expected, but I'm feeling excited about August! What are your goals for August?
Labels: Lifestyle