May Round Up & June Goals

I don't know about anyone else but May seemed to go on for an eternity for me. I'm still waiting for Charlie to cut his sixth tooth and his crying and clingy-ness because of it is exhausting. But, I digress. I had lots of goals for May; let's see how I got on... 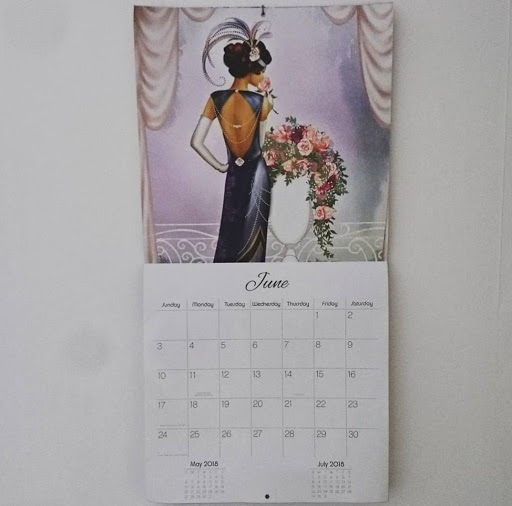 Lose one stone
I didn't lose a stone but I did lose 2lbs! Only a tiny amount compared to my goal but I'm just pleased I've finally lost SOMETHING! Admittedly I have put 1lb back on since but the point is I did lose weight and it doesn't seem quite so impossible now. My mini goals to aid the weightloss were:

Unfortunately I didn't get to go swimming but I'm definitely going to be going to Mum's caravan in a couple of weeks so I'll have a chance to swim then! As for my daily 10,000 steps I didn't manage it but I did usually do between 5-8,000 which I'm pretty happy with! The only goal I did manage to hit was cut out/reduce my chocolate consumption! I managed an entire 8 days without chocolate and I'm extremely proud of myself for it too. I did also generally cut down on snacking and I definitely saw an improvement in my body and eating habits. Unfortunately, this all changed after Mum and Daves leaving party and we had a houseful of party food, BUT it's all gone now and I can start fresh. I just wish my body wasn't so delicate and I could work out more than twice a week without injuring myself!

Complete a 31 Day Minimalism & Simplicity Challenge
I did miss out a few days but I made a pretty good effort! Like just gets in the way sometimes. Keep an eye out for my blog posts on how I got on in the near future!

Read another book
I did this! I read Vanish by Tess Gerristen and it wasn't at all what I expected, but I really enjoyed it! It was so nice to spend time reading something other than twitter too.

Read more books
I've got a trilogy that I'm desperate to finish, but I need to reread the first two books to remind myself exactly what happened! I've got a vague recollection of events, but it's been about six years since I read them. A refresher is definitely needed.

Lose 8lbs
I really wanted to lose about 3 stone by Charlie's birthday at the end of July, but I think I'm just putting too much pressure on myself to do that. After seeing how much happier I was after losing just 2lbs, I don't feel I need to lose as much as that now. Instead, I'm aiming to lose 8lbs. Of course if I lose more it will be a bonus, but I think that's a good place to aim for right now. 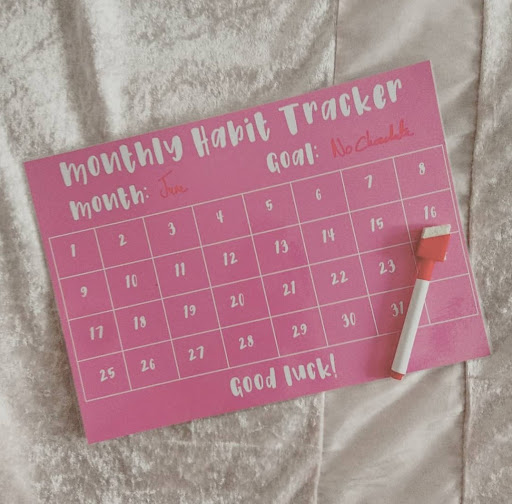 I'm also going to aim to eat less chocolate again, and will be using this habit tracker from DorkfaceShop to keep track! Although I am currently eating chocolate brownies...that doesn't count, right?

Try another decluttering challenge
I recently read a post by Tina, in which she spoke about doing the 30 Day Minimalism Challenge backwards. I love the 30DMC but I always struggle to do it the normal way, so I'm taking a leaf out of Tina's book and doing it backwards! I've also given up on the idea of selling my stuff, so anything I declutter that's of any use, will be donated instead. I've already donated tons of mine and Charlie's stuff and it's much more satisfying than selling it!

Don't overspend
If you've read my Spending Ban blog post you'll know I've set myself a budget of £300 to spend over the course of 4 weeks. So far I'm doing pretty well and I'm hoping to actually underspend, and definitely not overspend! I'm currently a week and a half in and the only 'naughty' purchase I've made is two bottles of Rosé, but they are for celebratory purposes so. Don't judge me.

Use my phone less
I touched upon this in my Slow Living & Single Tasking blog post but I really want to stop being so reliant on my phone. I've realised just how often I'm having to stop Charlie from taking it off me, and giving it to him to keep him quiet. I don't want to be doing that. I'm going to try this month to start making a conscious effort to use my phone less, and wait until Charlie is asleep or elsewhere. I also really want to stop using it before bed, as it's a huge factor to all my late nights. I've also been having a bit of a miserable time with social media too, so I definitely need to reduce my intake.

What are your goals for June?
Labels: Lifestyle