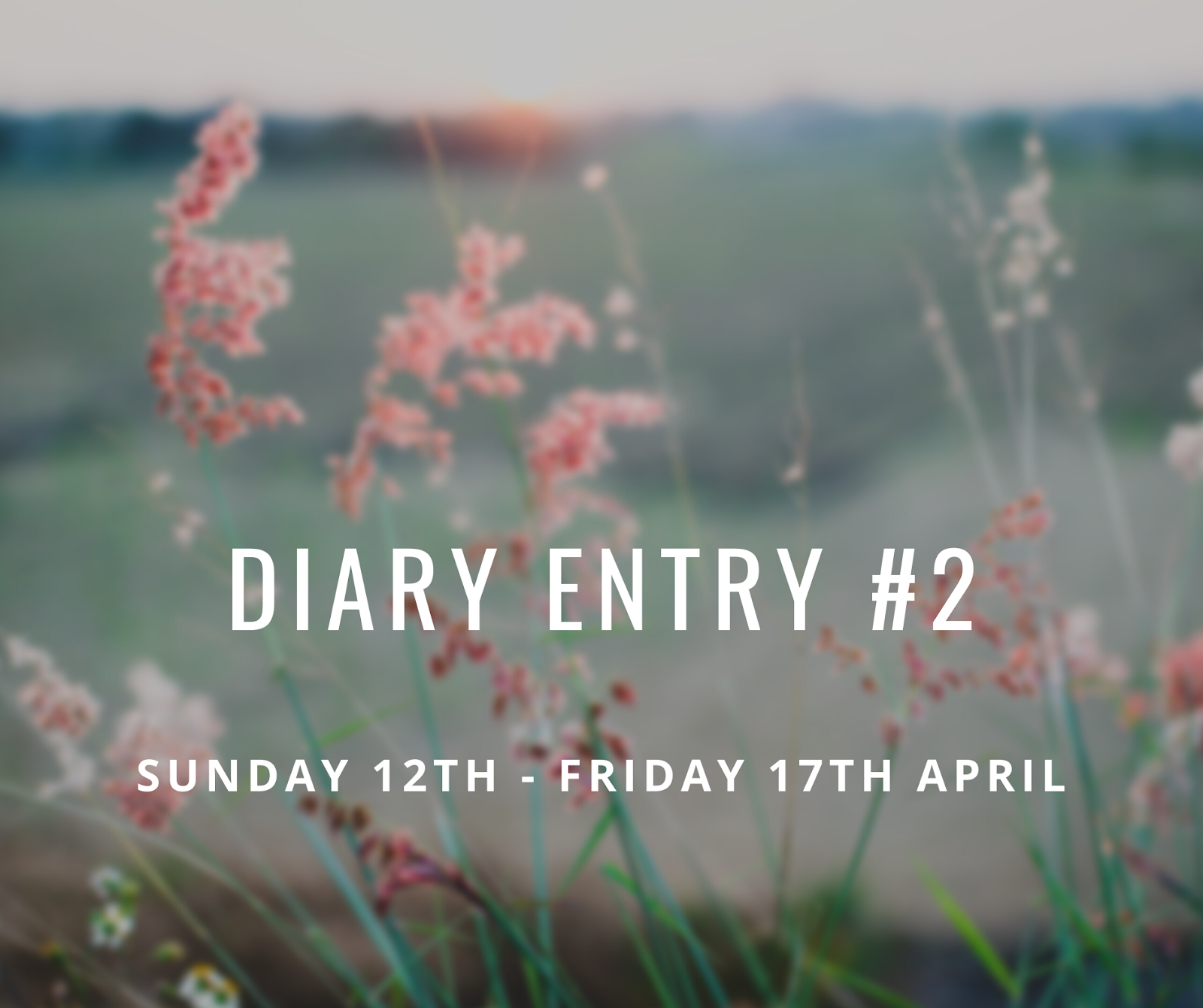 Josh and I had our first date night in ages. I'm pretty sure we've only had two date nights this year so far, which sucks. We were celebrating 11 months together, and did so by eating dinner in the garden - Charlie was inside with his grandparents - and we had a couple games of Cluedo. It was pretty short-lived though, Charlie kept trying to get to us through the cat flap and I felt guilty, so we cut it short and let him join us. It was nice while it lasted, but hearing your toddler cry in the background doesn't quite have the same effect. 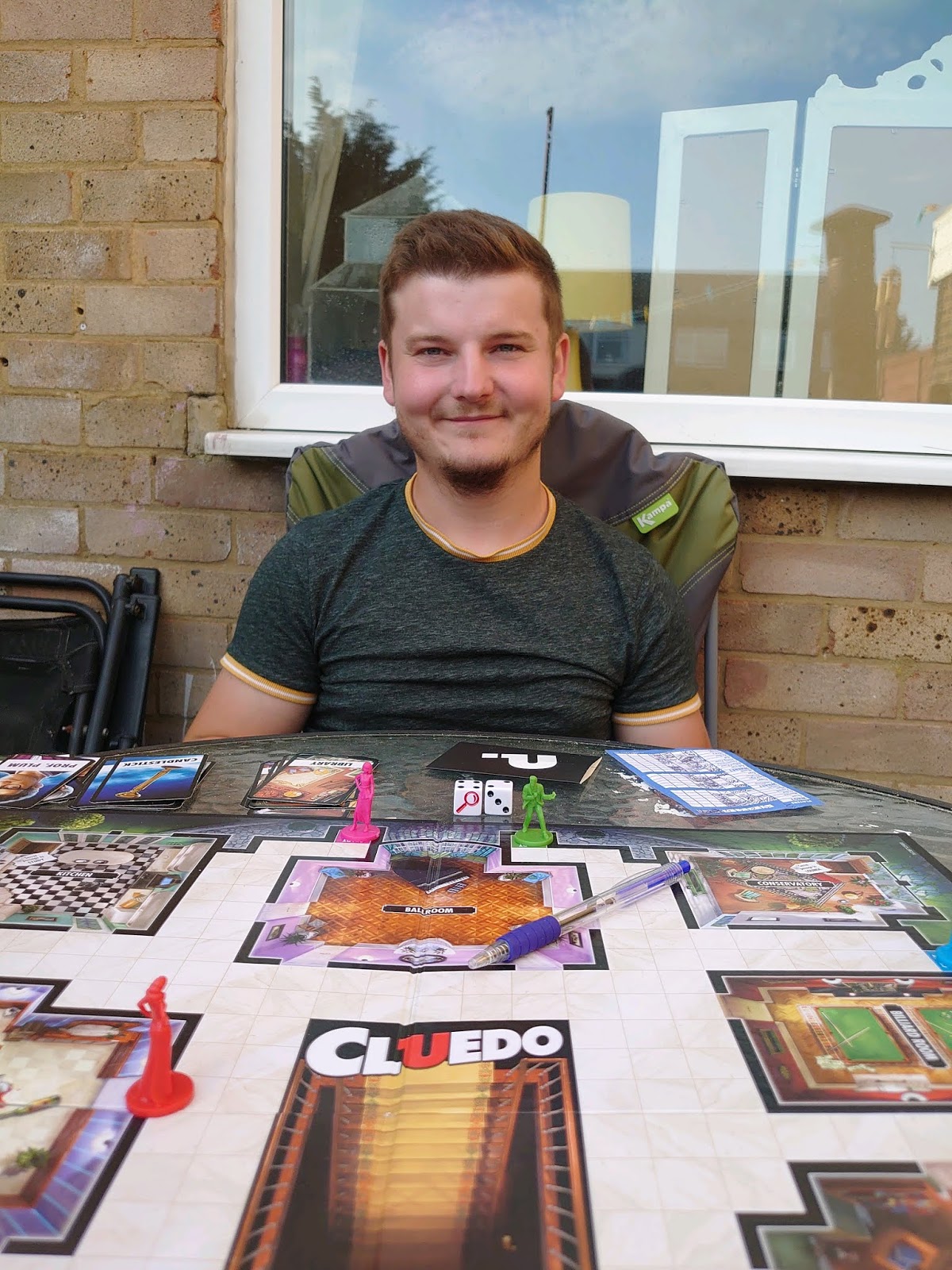 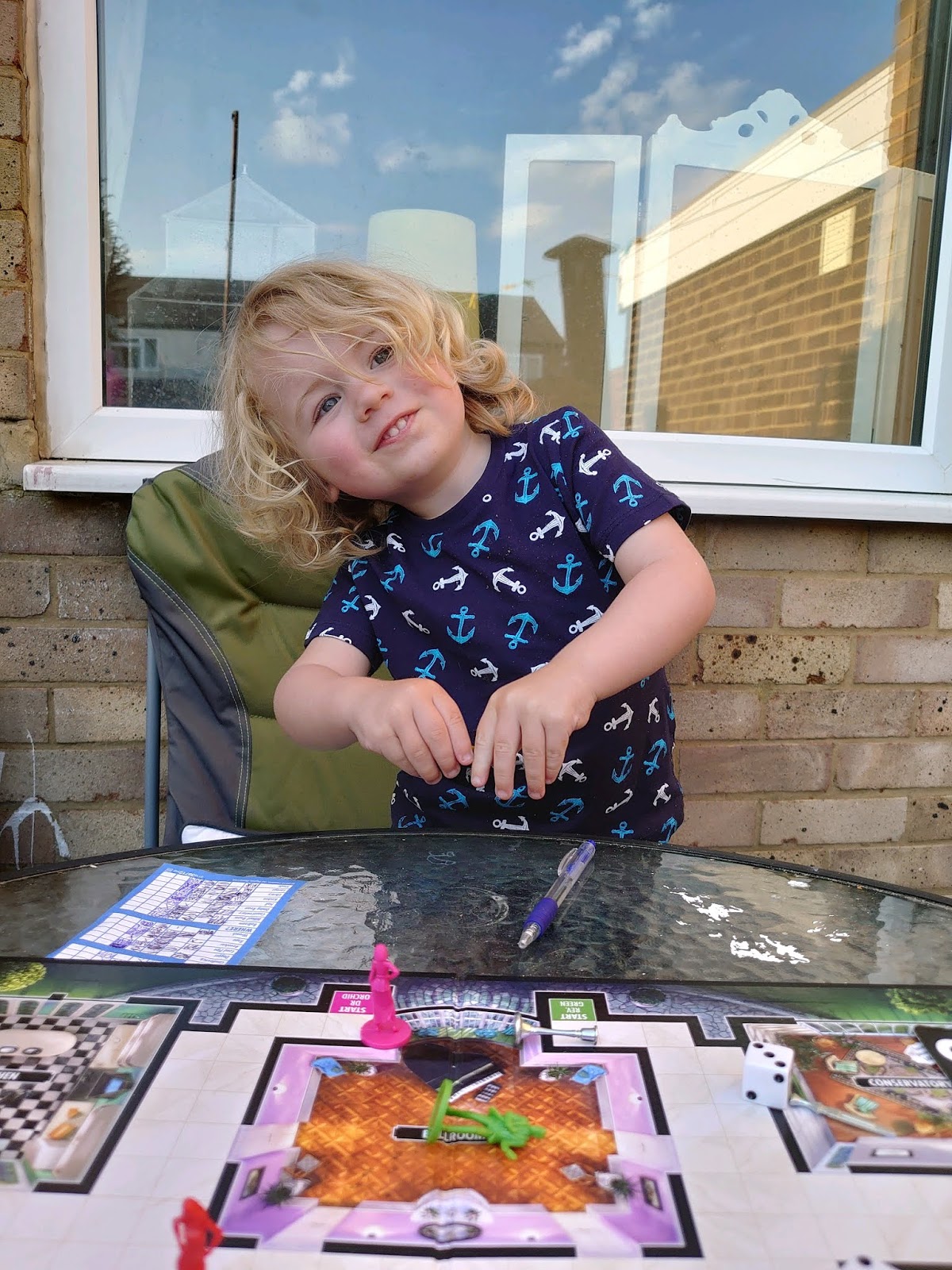 The following day was my Mum's birthday, and we had a long group video call with her, my sisters and my nieces. It was so nice to see them and laugh and play silly Facebook messenger games with them. I had posted Mum some bits for her birthday, but they didn't arrive until the next day, so we had another video call specially to see her open them.

We played board games three nights in a row. Two of those nights were Monopoly, once with the actual board, once on the PlayStation. I hate Monopoly with a passion but it sure beat doing sod all! Even if I did lose both times. I'm going to stick with Cluedo.

On Thursday, Josh and I took part in a quiz night with my family via Facebook messenger! We had four rounds of 10 questions: general knowledge, film & TV, music, and a "what's that" distorted image round. I won! There was no prize, but now I get to host the next one! I already have one round set up, but I'm not sure what else to do...to Pinterest, I think!

My phone tripod finally arrived, so I'm hoping I can do a bit more for my YouTube channel now! If I can stop Charlie grabbing it of course...I was filming a bit the same day and he decided to grab it from its set up while my hands were occupied. I was not impressed. Thankfully Josh was nearby to get it back again!

I also had more goodies from my Amazon wishlist arrive this week! I received a pack of beautiful wintery woodland stickers that I'm absolutely in love with, they're to die for! Unfortunately I still don't know who got them for me, but if you're reading this, thank you! My lovely friend Kirsty also bought me not one but two books! Happy by Ferne Cotton, and A Good Girls Guide to Murder by Holly Jackson. I'm so excited to read them! Thank you again Kirsty! 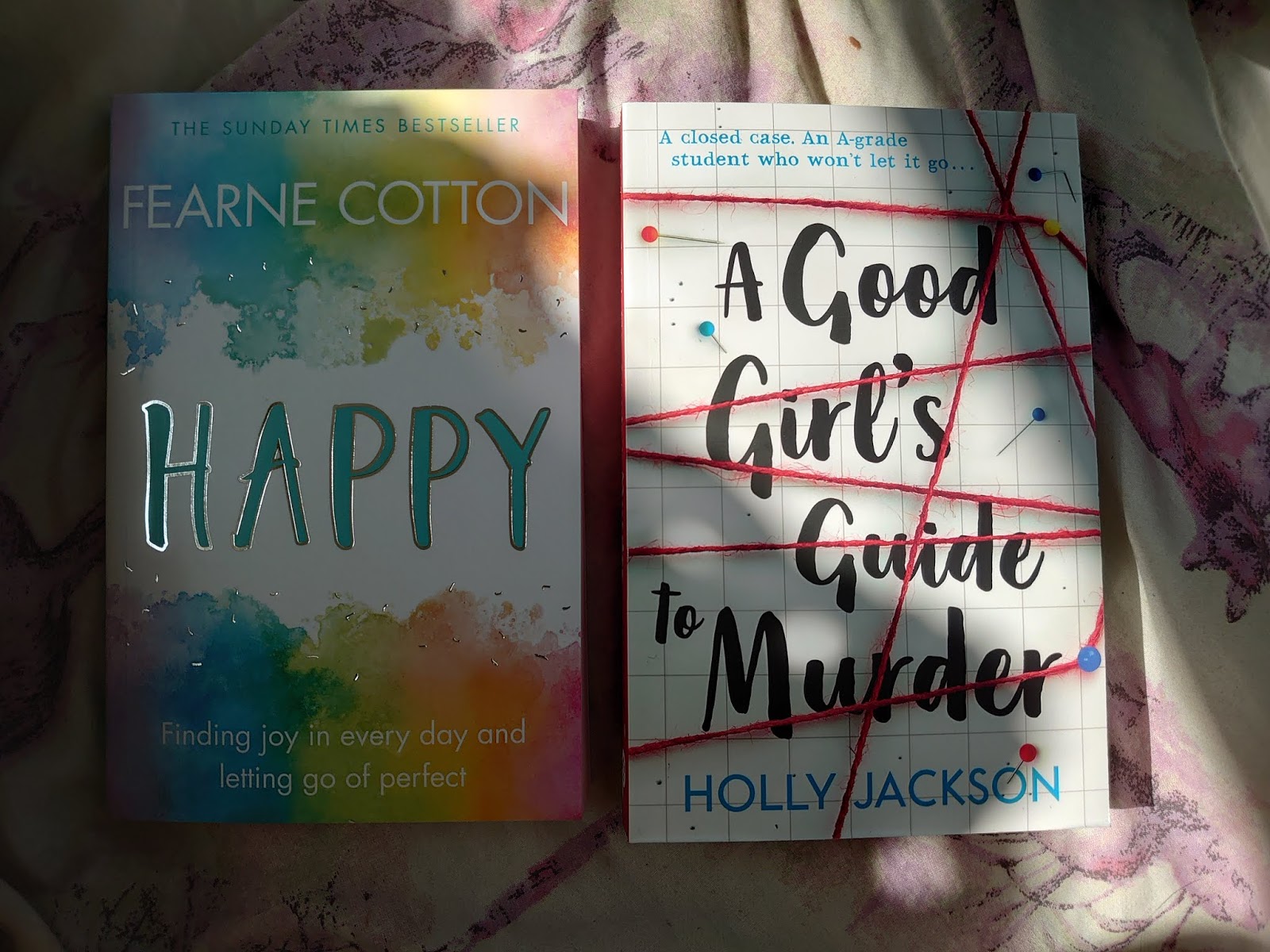 On Friday, Josh and I decided to get Charlie's trike out, and go for a walk. We haven't taken Charlie out for a couple of weeks, so I thought it would be good to get him out for a bit, let him walk or run. He loved it! It was really nice to get out, I even vlogged it. 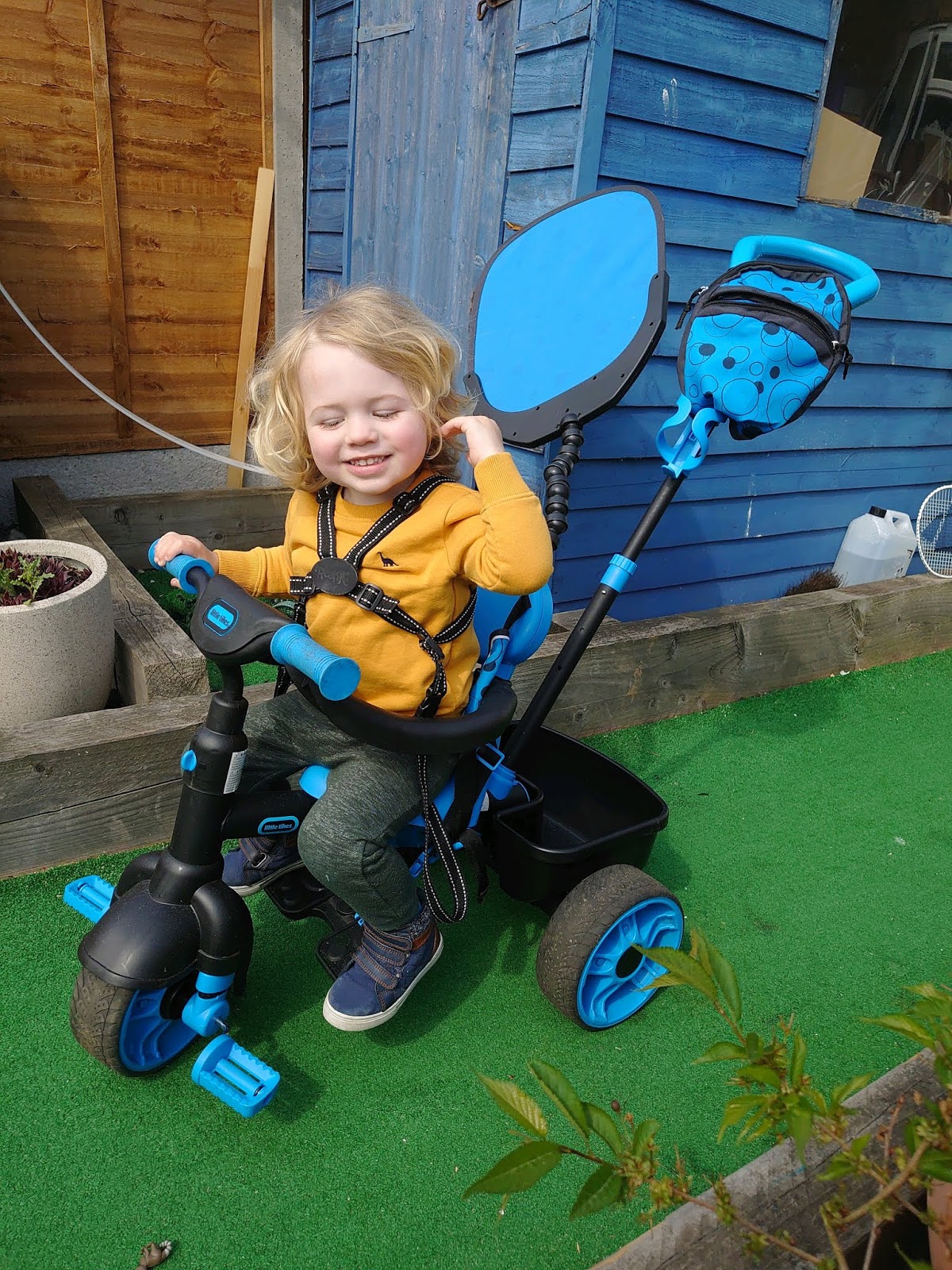 Overall, it's been a really good week. I also read and finished two books so I'll probably be on my fourth book by the time you're reading this!