Just The Two of Us | A Weekend Alone With Charlie

Charlie and I spent a whole weekend entirely alone together for the first time recently. 3 days, and 3 nights just us. Apart from Ash coming over for a few hours on the Saturday, but still. That's literally the longest we've ever been alone together. 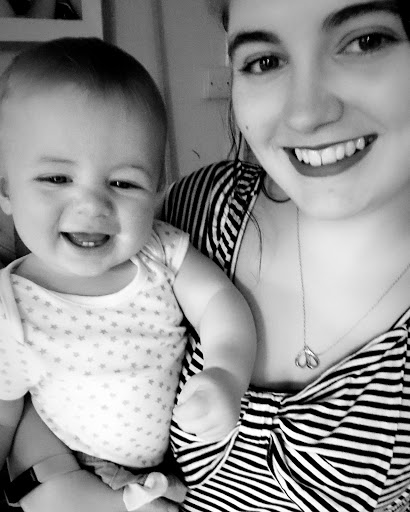 I was terrified. Sometimes I find him really hard to cope with when I have Mum helping me, so I was really worried about how we were going to be. In short; we were fine! As soon as Mum left on the Friday morning I started to feel really anxious but somehow got through it. We played together, I read two books to him, managed to bath him AND wash his hair without making him cry, and then I blogged while he napped. Friday was literally an absolute dream day. We just had lots of fun and Charlie didn't cry or scream over anything. He was a pure angel. Until the evening anyway, then I started to struggle. He fought bedtime a little bit and I was tired and hungry so I wasn't impressed. But when he fell asleep I just started to feel really lonely. I realised I hate being a single parent. But that's not going to change any time soon so nevermind, best get used to it. I was really tired on Saturday. Charlie got us up quite early, so we had breakfast and then he wanted to nap again about 9am. I totally fell asleep with him and we woke up about 11. I felt like shit but Ash came over about 12, and looked after Charlie for me while I washed up, showered and dressed. Ash even brought his hoover with him and hoovered the entirety of downstairs while I sat on the bed with a napping Charlie. So not a bad day but once again, a really difficult evening. He didn't want his dinner and he didn't want to sleep. It literally took about 3 hours to get Charlie to bed.

As for Sunday, that was probably the worst of the three days. It started off brilliantly. We woke up about 8:30am, had breakfast and Charlie even fed himself! For the first time in ages, he actually had a whole pot (half a pouch) of breakfast and I was so happy! I got him cleaned up and took him back upstairs to get him dressed, play and read before his morning nap. I even got to do a Mum and Baby workout with him, which he always finds hilarious. I soon realised that he wasn't going to nap particularly early. He usually falls asleep between 10:30-11:00 for an hour or so, but decided to stay awake until 12:30. But he did sleep for an hour which gave me time to wash up and have lunch. 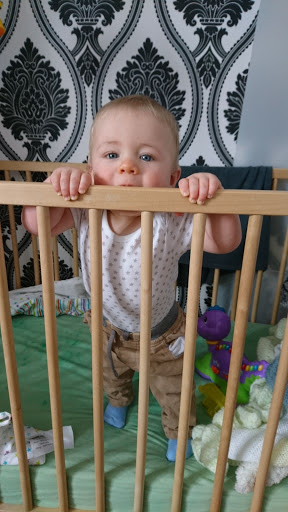 When he woke up he was an absolute grump. I don't know what his problem was but he was PISSED. He refused his lunch and water, and only cheered up when I let him play with his food. Of course he got it absolutely everywhere, but I did notice that he ate some of it too, so it's not all bad. I even caught him trying to dunk his wafer into his puree - cutie! I totally forgot to put a bib on him though so once he'd finished I had to strip him off and chuck him in the bath! He loves his baths now though, so that wasn't an issue.

Then I had all the fun of getting him dressed again, more playing, and chasing after him, as well as trying to clean up his mess from lunch. I ended up putting him in his walker in front of Cbeebies so I could clean the kitchen, and he didn't seem to mind that too much. I thought he was going to nap again about 3/4 but nope. He stayed awake, made me cry from stress, barely had any dinner right up until 7:15pm. I wasn't used to that. He'd never gone a whole day with only one nap before, and of course he chose to do it on the day I had a lot to do, and had only had 4 hours sleep. He was in a good mood though so I'll give him credit for that. I was so relieved when he finally fell asleep again though, I almost cried again. He slept absolutely brilliantly that night though.

Overall: not as bad a weekend as I expected! I wish I had known about the eighth month sleep regression though; I might have been more prepared for it!
Labels: Baby Diaries