Another week, another bad start. Despite getting probably too much sleep, I felt really weak and tired on the Sunday, and spent the day in bed. It's typical really, I actually woke up in a pretty good mood and felt fine but that soon slipped away. 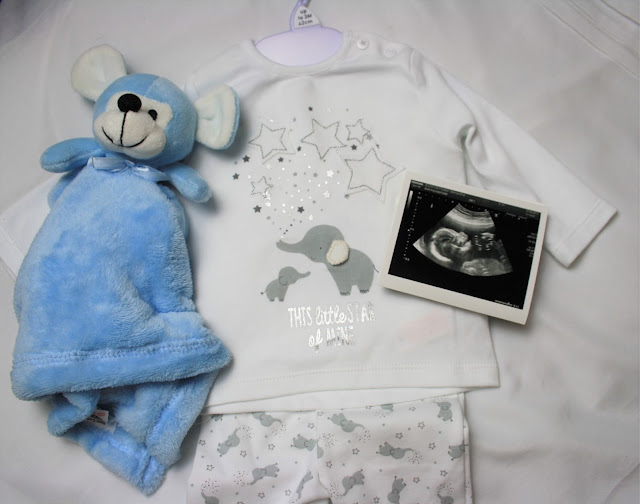 The rest of the week was pretty much the same, I spent more time on the sofa binge watching Gossip Girl than doing anything else. I did manage to go for a walk Monday evening (to see my niece on her birthday), I had a midwife appointment on Tuesday then went shopping afterwards, and Thursday I had an evening stroll down to the polling station. So at least I got some exercise and fresh air this week.

The midwife appointment was fine as always, except that she's still whinging at me to seek counselling. I was crying because I had just argued with Ash, I don't. Need. Counselling. She also wants me to go back on the Citalopram but I don't feel I need it anymore. I made a promise to myself that if I was still miserable the next day, I would go back on it. But I wasn't, I was actually really chirpy on Wednesday. I guess having 12 hours sleep helped.

Ash and I managed to make up and actually joke about with each other on Saturday. I almost got him to order the pram but for some reason he decided to look at other colours, and was torn between the red and teal. Bit annoying really, as we'd decided on a red one months ago. Personally I would prefer the teal but I want him to decide, as he hasn't really had much of a say in anything else, so this is 100% his decision. I just hope he hurries up because I'm worried that we won't have a car seat before I go into labour, and as the car seat is included with the pram, I'm feeling antsy and rushing him into getting it!

Towards the end of the week, I kept getting pains, which concerned me a bit. One night I kept waking up in agony, my whole stomach was in pain and I wasn't sure what to do. Although the pain was gone by morning so I'm guessing it wasn't anything serious! Saturday night I had a pain but I couldn't decide if it was a contraction pain or a Charlie-moved-weird pain. I seriously can't wait for this to be over.

I'm getting really fed up now. Everyone I know is going on these amazing day trips and holidays and I can't even handle a 20 minute walk down the road and back without getting a sore stomach and my feet doubling in size. I'm seriously envious of anyone that isn't pregnant right now. Why can't we be more like seahorses, surely it's Ashs turn to carry the baby?!

I had my final scan this week and Scrappy is still growing well; they're estimating him weighing 5lbs 1oz now! So if they're right I'm hoping that he's not going to be an absolute beast when he's born, 7lb something will be big enough please boy-o! I have also been discharged from the clinic so I never have to go back to the hospital again, yay! The hospital with the labour ward is in a different town. The doc read in my notes that I took myself off of Citalopram but thankfully he was really nice about it and seemed happy enough to let me make that decision. Unlike my damn midwife. But I already ranted about that so I'm going to leave it.

I had my baby shower on Saturday! It was so much fun and lovely to see my family again. Even my best friend came and we haven't seen each other for a few months so it was great catching up! Everyone was so generous with their gifts as well, I feel so blessed to have such a loving family. Although I'm mega pissed that the "friend" that was meant to arrange the shower didn't even bother turning up. Lucky we all knew not to take her word for it and prepared games and food, etc. ourselves. But still, it's a huge inconvenience and spend-up that didn't need to happen, when I was only having one because she wanted to arrange it.

As usual, apart from my aches, pains, being way too hot and feeling envious of non-pregnant people enjoying their life; I haven't had a totally horrible couple of weeks! Except that earlier in the week I really managed to hurt myself sitting down (I fell, rather than sat) and still haven't recovered. It felt like I full-on tore a muscle, rather than pulled it, and now I can't bend, sit, squat, or lie down without it hurting. Not fun! I hope it heals by the time the nesting kicks in, it's frustrating enough now not being able to pick up something I drop because it hurts; so I can't imagine how it's going to be if I can't clean properly.