Part two of our holiday diary; click here to check out part one if you missed it! 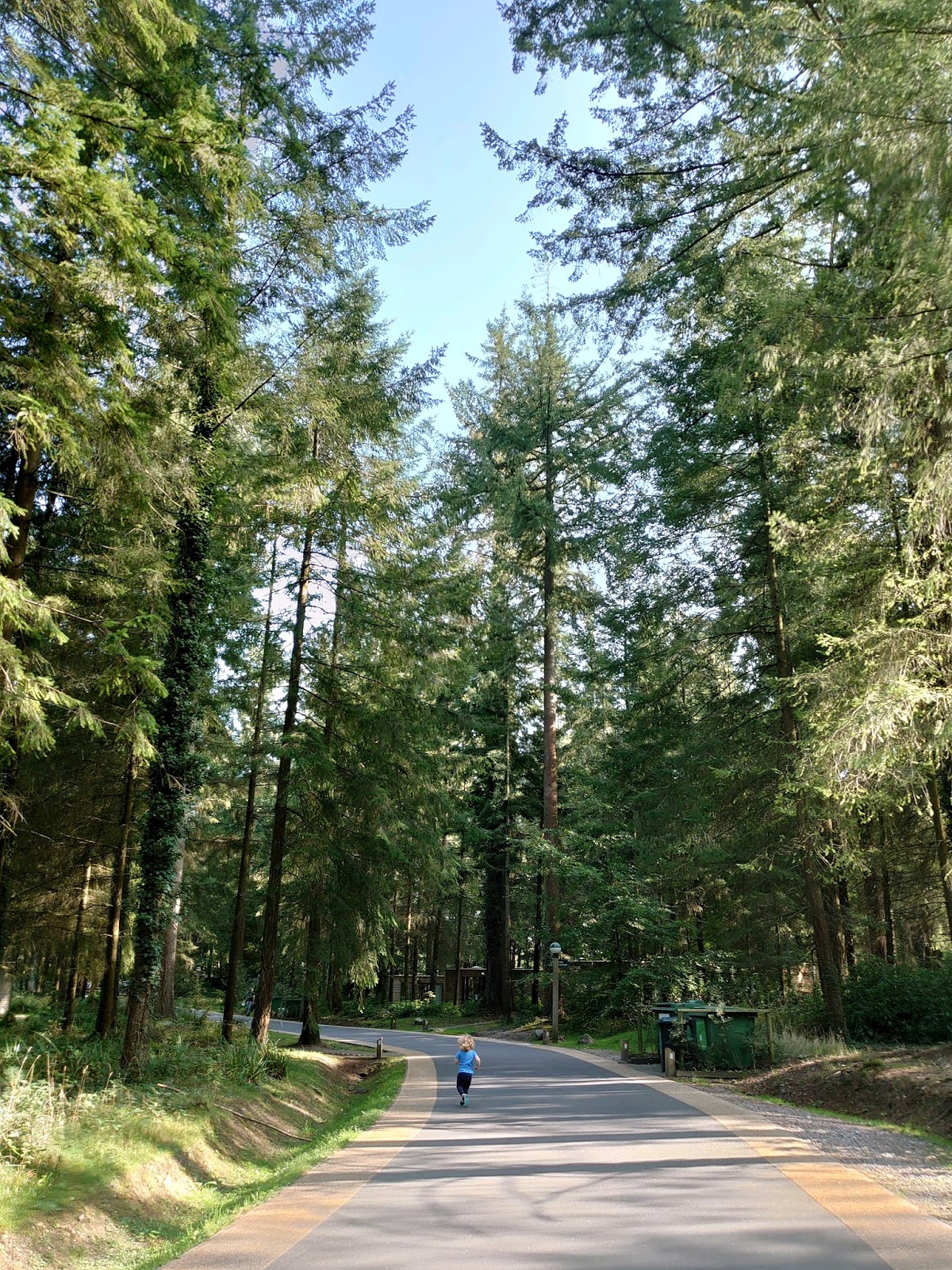 Day Two
For Wednesday we were booked in for Off Road Explorers and Aerial Adventure. Off Road Explorers was specifically for Charlie. Anybody who knows Charlie knows he's absolutely obsessed with cars and is forever trying to get into the driver's seat of any family members cars. So you can imagine how excited he was to drive a jeep! 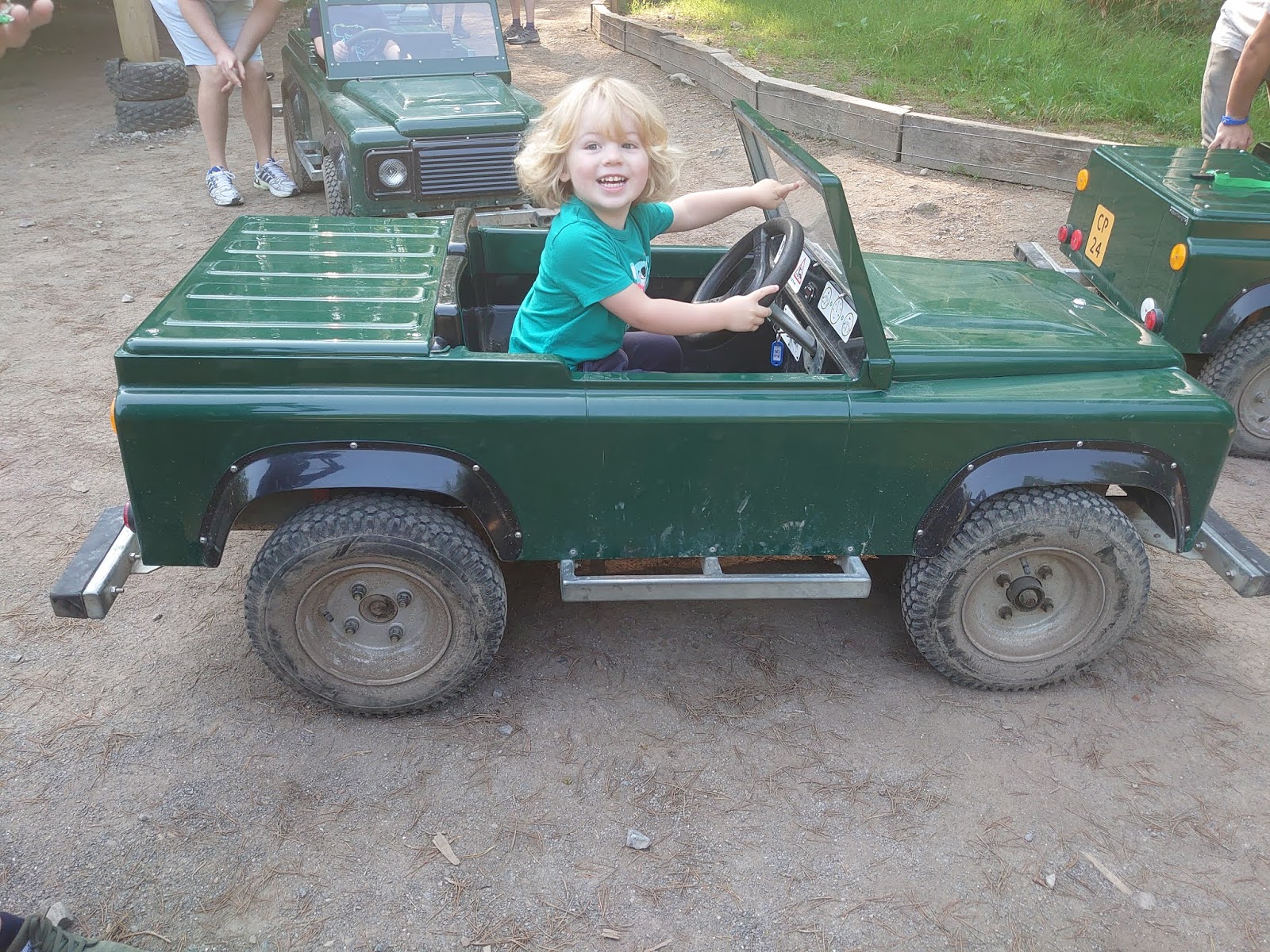 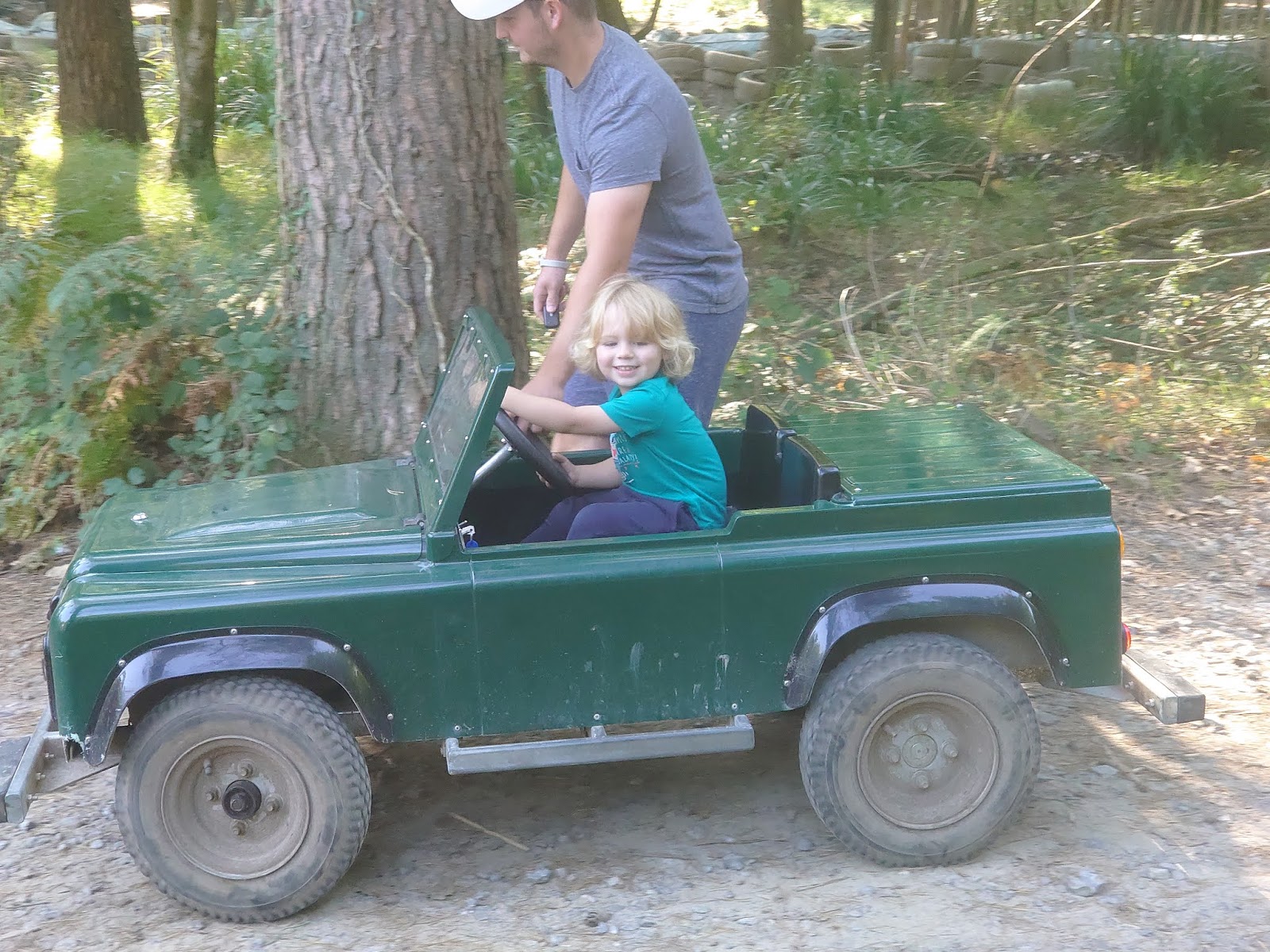 Unfortunately, Charlie had caught a cold the week before we were due to come away, and it had come out in full force by then. The scooter idea hadn't worked out so well on Tuesday either, so he had no choice but to walk to and from the activity centre. Walking + poorly = one upset little boy. Instead of spending time exploring more or going to the play parks we went straight back to the lodge and put him down for a nap.
We were originally all supposed to do the Aerial Tree Trekking but we realised that Charlie was too short for it - despite Josh telling me he would be tall enough before I booked it! Which of course he denies but I digress. So Tuesday night I cancelled Tree Trekking and booked Josh in to do the Aerial Adventure. But by Wednesday afternoon he decided he couldn't be bothered to do it, so we spent the rest of the day chilling out, watching films, reading.
My own cold had started to come out in full force by then too so I was kind of glad to relax a bit to be honest.
Day Three
Our last full day in the forest! We had only booked in for swimming again for Thursday, as I thought we'd want to either relax or explore more of the forest. We ended up doing both! Charlie woke us up about 7am so we chilled out for a couple of hours in the morning, before I forced us all to get up and dressed and out at 10am.
We finally took Charlie to the parks, found a maze and a whole bunch of slides - his favourite. 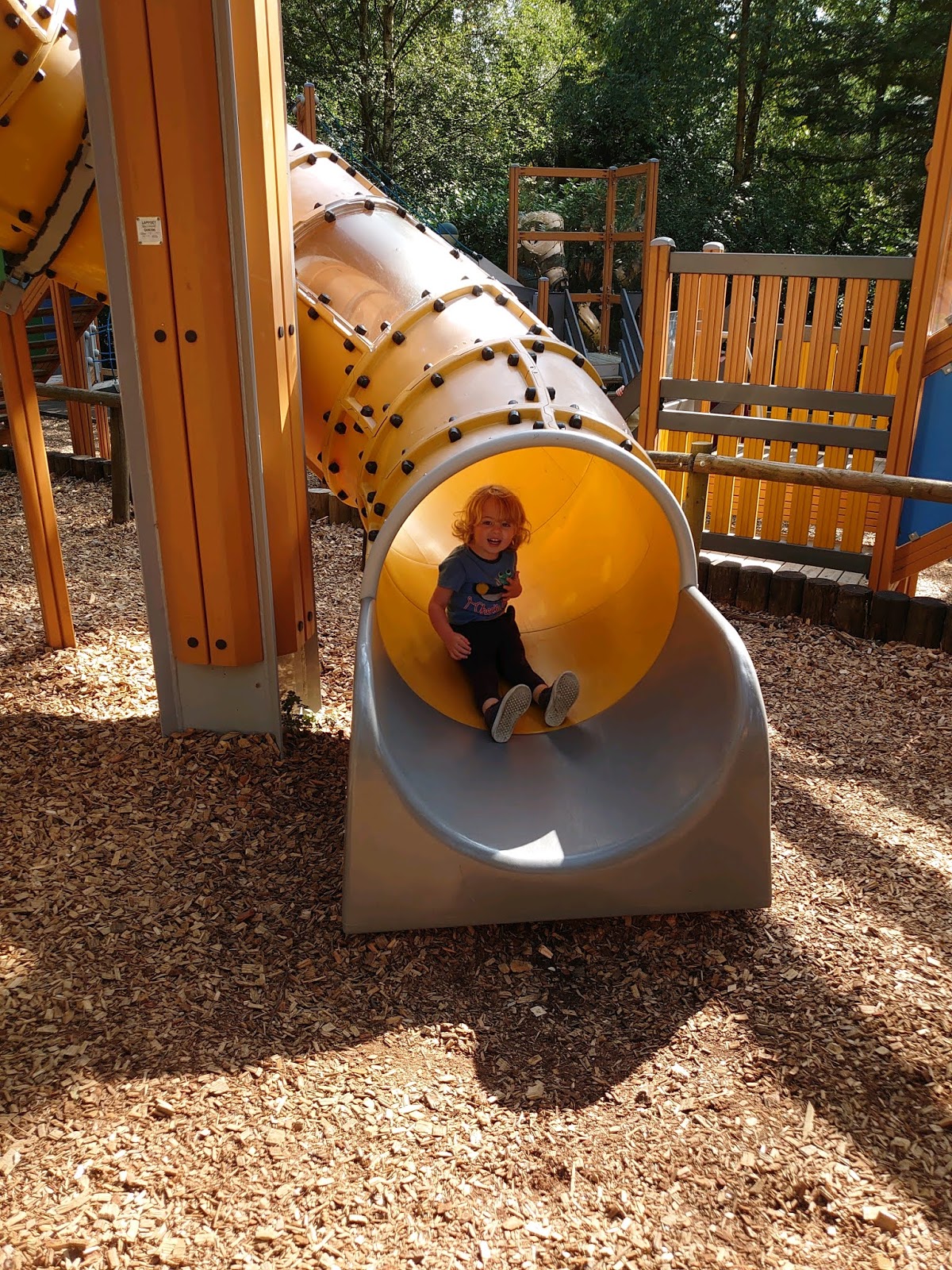 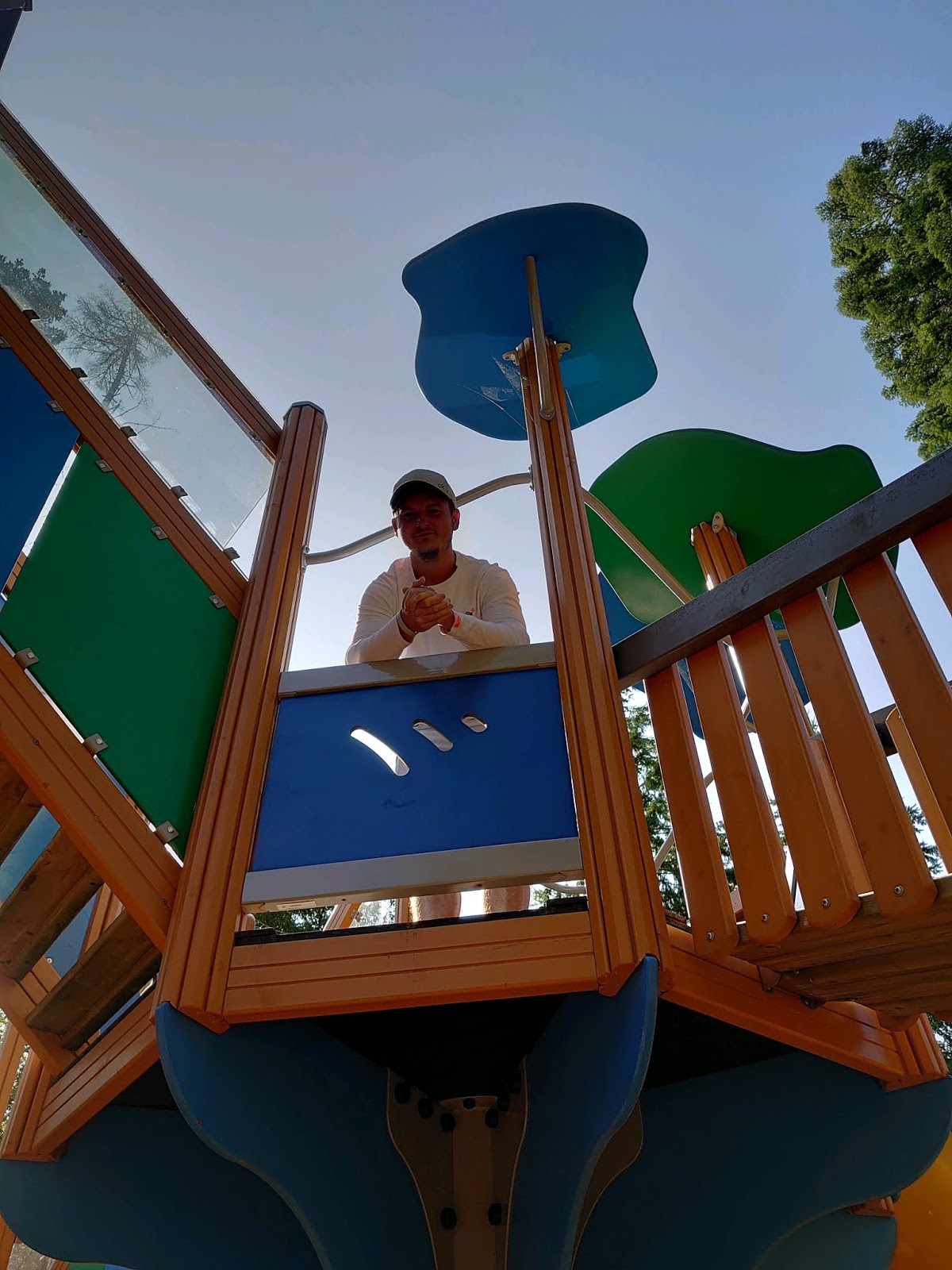 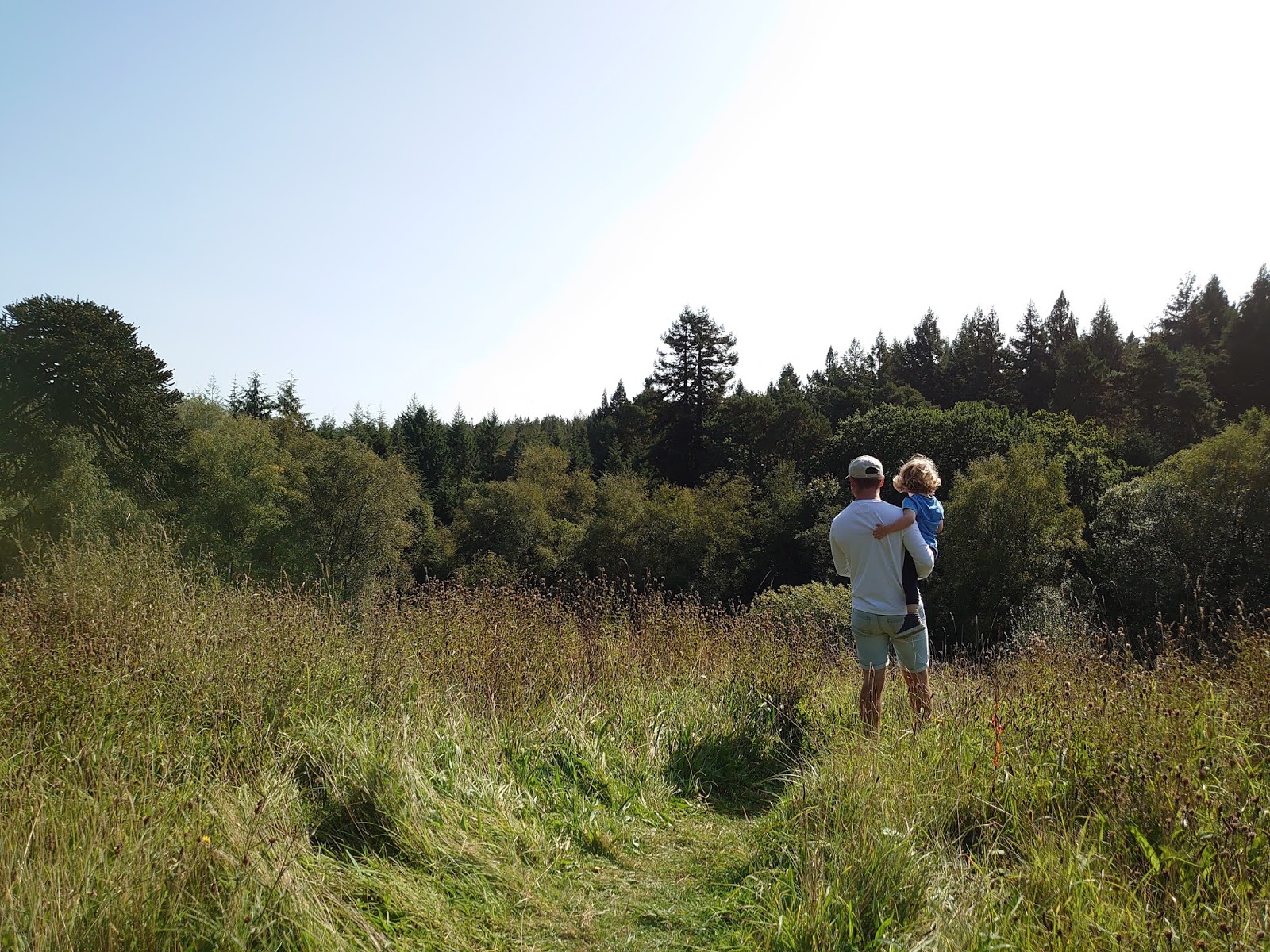 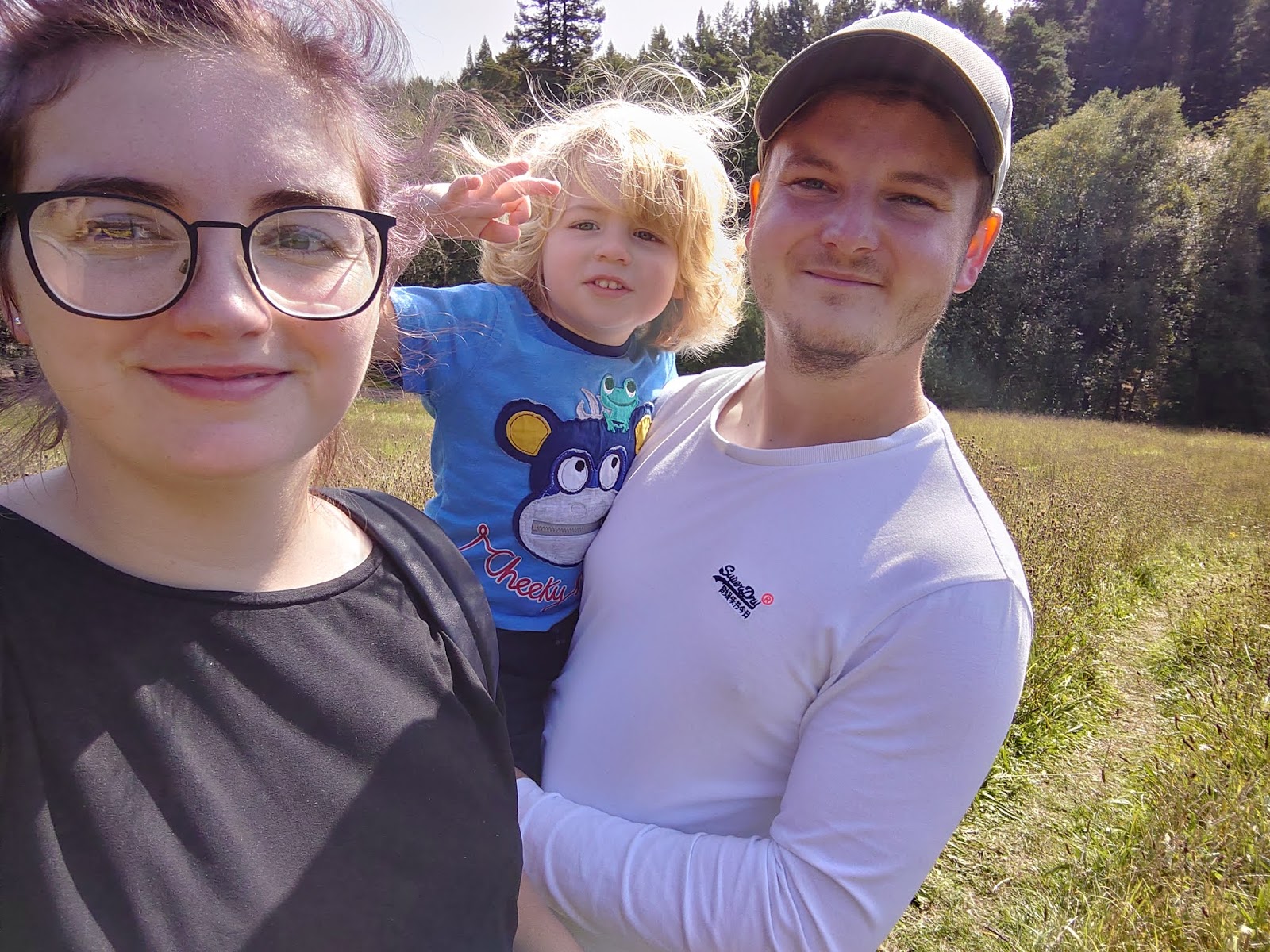 Again, due to his cold, he ended up being a very grumpy little guy on the way back up to the plaza, so we decided to forget the swimming and just go home for lunch and a nap.
Once Charlie had woken up again he seemed a lot happier and we went to the plaza to do a bit of shopping. I ended up buying Charlie a whole load of goodies from the toy shop (a very dangerous shop to go in) and obviously I bought myself a new notebook. Obviously.
I could have bought a whole lot more but Charlie was full of energy and was wreaking havoc within the shop. A shop that had way to much porcelain in for Charlie to be running around in, so a lot of my time was spent trying to rein him in! Unsuccessfully, I might add. 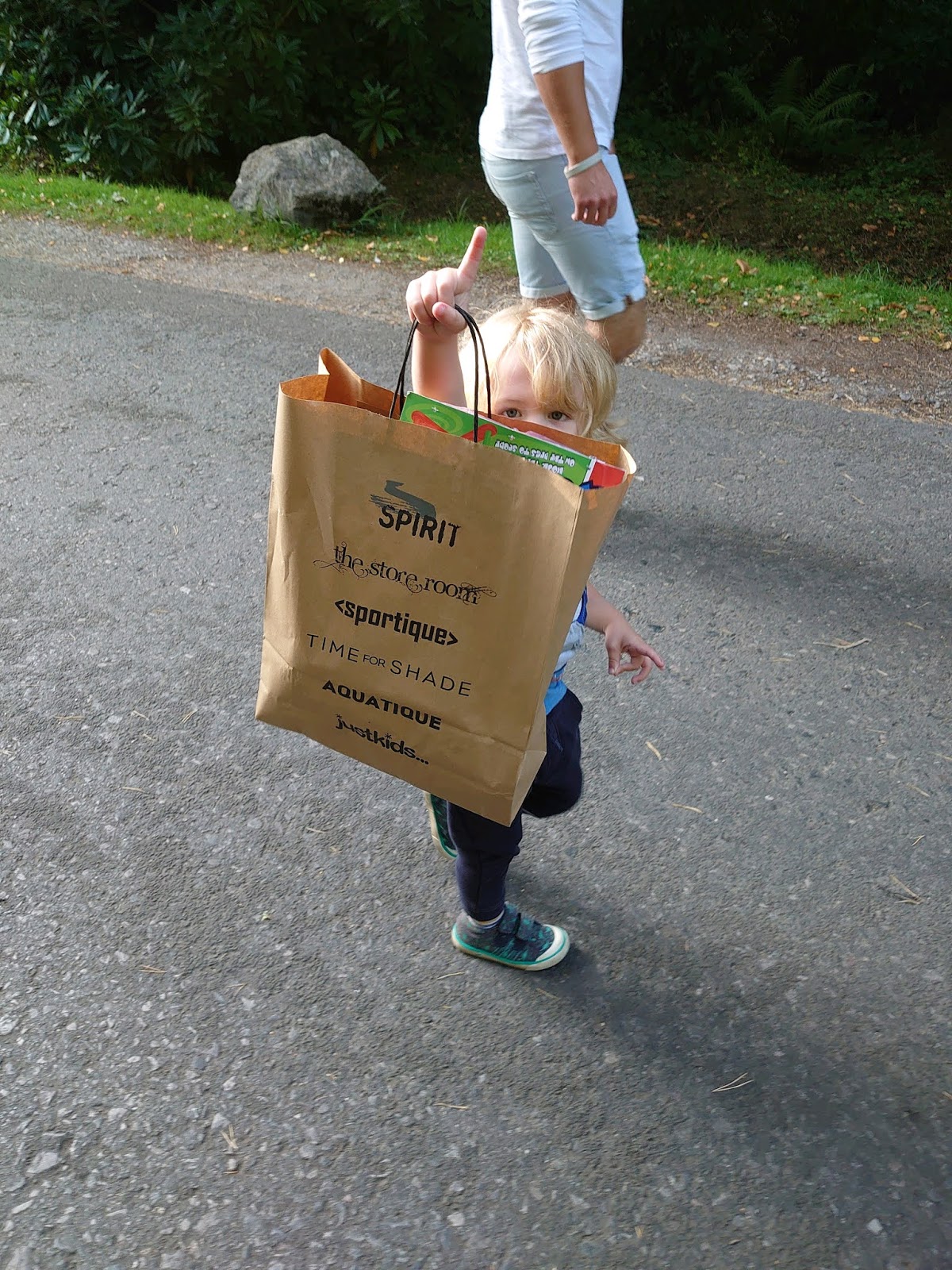 Once we finished shopping it was time to head back to the lodge and start packing. We had very mixed feelings about it. We were said to be leaving but also relieved at the same time.
We'd had a great time, we loved the lodge and the scenery. But it was also a struggle. Charlie was draining a lot of the time. He spent a lot of the week crying. Trying to walk to each activity was a nightmare. Having to get to our activities for a specific time was a nightmare. Having a cold for the entire week was a nightmare!
So although we did have a lot of fun, our first holiday together wasn't exactly what we hoped it would be. Monday and Tuesday we were saying "we're definitely coming again!"...by Thursday we agreed "maybe we won't do this kind of holiday again."
Either way, I'm glad we can finally say that we've been away together and have got lots of gorgeous photos and memories to look back on!
Until next time,
Saph x
Labels: A Page in Our Adventure Book