I honestly have some terrible habits. I put everything off, I drink tea and spend money like it's going out of fashion, and spend most of my days (and nights) on my phone. I have been making some changes over the last few months already, but it never hurts to write a list. 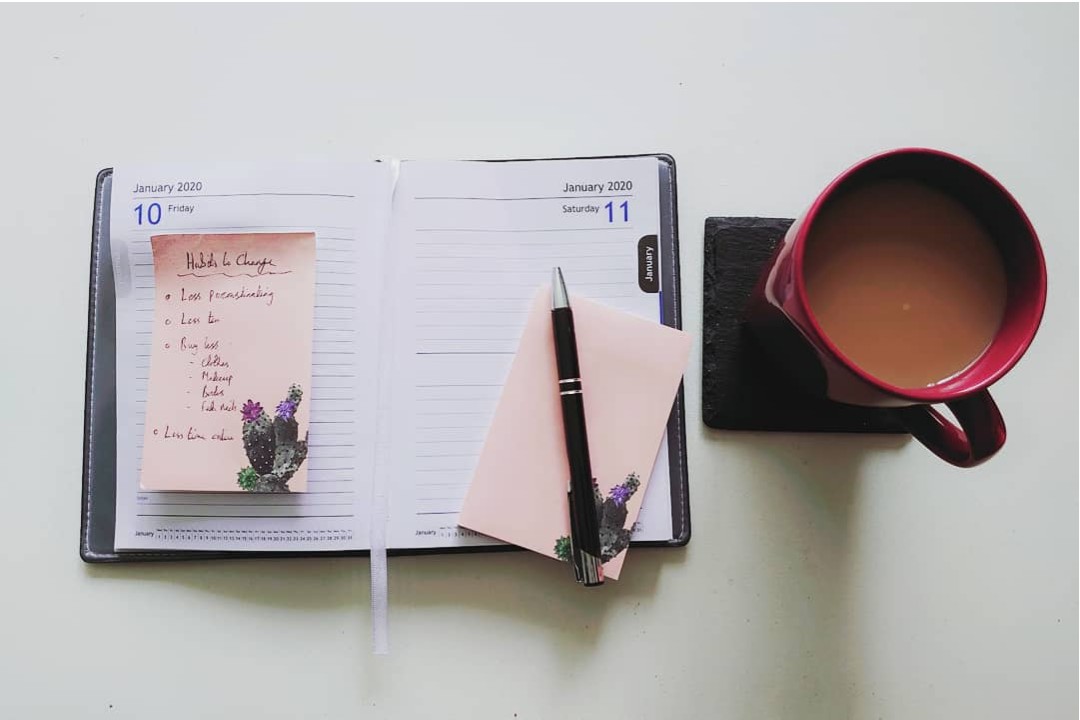 Less Procrastinating
I'm forever putting everything off until the last minute, or sometimes not doing the thing at all and someone else does it for me. No more! 2020 is going to be productive, I am going to keep my home clean and tidy, and I'll phone people immediately.

Less Tea
I know I keep saying it, but I'm really doing it this time! I have only had two cups and a couple of mouthfuls of tea so far this year, and I've reduced the amount of sugar I have from two, down to one. Unless Josh makes it, because he forgets I've cut down.

Buy Less "Stuff"
I spend an awful lot of time spending money I shouldn't be. From now on, I'll only be buying things when I actually need them. For example: I currently have 33 unread books on my bookcase! I'm going to try and stay away from the charity shops until I have read every single one.

I'm always tempted by new clothes, but I'm really going to try and wait until I actually need to replace something before I buy anything. Although with all the weight I'm losing lately, it probably won't be long before I need to swap out for smaller sizes!

Fake nails are my main waste of money I feel. I keep buying lovely looking fake nails, but they always end up falling off by the end of the day! I have one more set that I'm saving for a wedding in May, but I refuse to buy anymore from now on. Especially as I got some lovely nail polishes for Christmas, I really have no need for fake nails!

Makeup is another one! I have plenty of lipsticks, and I rarely use eyeshadow. If I can avoid buying either of these for the rest of the year, I'll be making huge savings.

Spend Less Time Online
I feel like I'm already doing pretty well with this one this year. I definitely spend less time mindlessly scrolling through social media now than I have done since I was fifteen. Now I like to keep myself busy with cleaning, playing with Charlie, or reading.

What are some bad habits you're giving up this year? What new habits are you swapping them for? Let me know in the comments!