August Round Up & September Goals

August seemed to be the longest month of the year so far! It honestly felt like it dragged so much - though that may be because I was counting down the days until Mum came to stay with me! I didn't have a great month to be honest, my mental health took a serious dive, and the last couple of weeks especially I struggled to pick myself back up. I do feel like I've done a lot of growing up these last couple of weeks though. Well, the last few months really but these weeks especially. But, I digress. Lets see how I did with my goals! 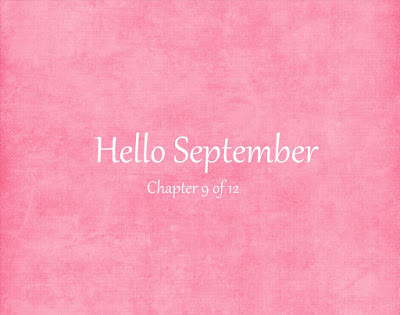 Read more books
Of course I did this. Reading has 100% become my favourite thing to do again and I love that I've also started blogging about it. I have a 'What I Read in August' post coming, and two more bookish posts planned. Keep an eye out for them!

No/less tea
I've certainly been drinking LESS tea again! I meant to cut it out for a fortnight right at the beginning of August, but unfortunately it just didn't happen. But I reduced back down to one cup a day, and didn't even have one every day. I'm definitely getting there, but can't quite quit completely.

Lose 5lbs
Unfortunately, the scales ran out of battery early on in the month and we haven't got round to replacing it yet. Mildly annoying, but not the end of the world! Just going by how I look, I would say I'm still around the 12st 10lb mark, but I'm also pretty sure I did put weight back on at one point. I did have three people comment that I looked like I lost weight though, which was really nice to hear! Sometimes I do think I might have lost more, but there is a chance I've lost 'inches' rather than 'weight.' Either way I'm getting closer to being happier in my body! I will be weighing myself first thing Monday morning though, so follow my fitness insta account to see how it goes!

Go Vegan
I had every intention of eating vegan while my sister and nieces were on holiday but I underestimated how motivated I would be for it when the time came around. However, as I did all - hardly any at all really - the cooking this week, I did eat as a vegetarian as I can't stand looking at raw meat. I did also buy some vegan butter which we've used all week, and it was absolutely delicious! I know it's only a teeny tiny step, but it's a step in the right direction.

Bake Something
Yeah, no. I set this last week aside to do some baking but, unfortunately, I've been so busy clearing out and cleaning that I didn't have time to bake! I barely even cooked this week, I've had so little time.

Bullet Journal
I really wanted to get more use out of my bullet journal and get my layout looking really nice. I did make more effort with my layout last month, but my daily spread didn't get very far. Towards the end of the month I kept forgetting to update my habit tracker daily, but I started off pretty well!
Budget
Uugghh. I totally failed at budgeting this month and still managed to massively overspend, and have even had to take a lot of savings out to keep me covered. The wallet app wasn't very helpful AT ALL but this month I'm going to reduce my weekly budget and see if that makes a difference. Perhaps I'll even change to a monthly budget, rather than a weekly...I'll have a think!

Lose 3lbs
I'm in Sheppey for a couple of weeks as of tomorrow, which means tons of swimming and walking. The last time I was there for one week, I managed to lose 3lbs, so I'm actually hoping I'll lose more for being there a little longer, but I don't want to disappoint myself by setting my goal too high.

Do some photoshoots
Throughout August I was having a mild meltdown over my photography work, and I've decided to start having fun with photography again and plan some photoshoots. I'll more than likely only have Charlie as a model, but he is my favourite subject to photograph now, so no complaints here!

Write
One of my goals for 2018 is to write some short stories for my blog, and it's now September and that hasn't happened yet. I think, while I'm in Sheppey, I'll try to take some time to actually start writing something, and see where I can go with it.

What are your plans or goals for September? Let me know in the comments below!
Labels: Life After a Hysterectomy Lifestyle