Wow, 2018 already huh? Life is going by far too quickly. I'm 22, Charlie will be 6 months old in a few weeks and soon it will be the second anniversary of my Dads passing. Crazy. 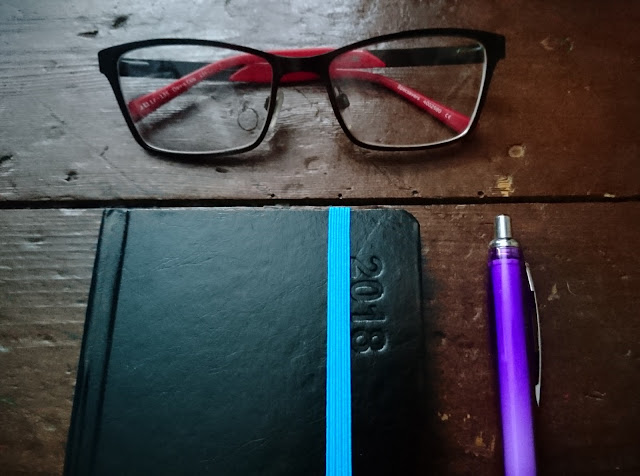 As you know, I took a month off blogging to A. Concentrate on my mental health, B. Decide if I actually want to continue blogging/where I want to go with it and C. Well, just because. Ironically - but also expected - I caught the blogging bug pretty much as soon as I stopped and just wanted to write blog posts all the time. I did struggle to come up with some content but that's the beauty of taking a break; it didn't matter. But whenever I had the chance; and the inspiration, I wrote.

So What Have I Been Up To?
Well for most of December I kept trying to put off wrapping presents (despite wanting to get it done before Christmas Eve), I started weaning Charlie and somewhat attempted to lose weight.
I have also regained my interest in Wicca, after saying that I was going to in October, but I wanted to finish reading a fictional series first. I finally managed to start reading one of my Witchcraft books and I'm feeling all inspired, recharged and ready to get my witch on.
I have also had a serious think about where I want to go with my blog, and what I want to achieve.
I am going to be going more in-depth about everything I have mentioned above in future blog posts, but for now, let's talk about goals.

What I Want For 2018 and My Goals
I don't really have much officially planned but I'm hoping for a good time.
This month I will finally be getting a memorial tattoo for my Dad, as it's the second anniversary of his passing. Charlie will be turning six months old and I am not emotionally ready for that to happen.
As for the rest of the year I'm looking forward to some positive changes, getting some independence and generally just doing some more growing up.

I'm trying to keep my goals simple this year, these last few months have been really difficult for me time and productivity wise, so I'm trying not to give myself to much to do that's going to bother me if it doesn't happen. I was thinking about blogging everyday this month while I was doing Blogtober (which I almost succeeded at!) and decided that I loved daily blogging, and really wanted to attempt it again. However, the last few weeks have been really difficult for me, both mentally and with Charlie being so clingy, that I just haven't been able to prepare as many posts as I would have liked! So (depending on how things go) I will hopefully be blogging 1-2 times a week instead. But I do have lots of exciting content planned! So my goals for 2018 are:
Improve My Blog Photography
This was one of my goals for last year and I feel like I was somewhat getting there, but there's always room for improvement in my eyes!
Start Driving Lessons Again/Pass Theory Tests
I am honestly so desperate to get a car and have that little bit of independence! I absolutely loved driving at 17 but gave it up due to mental health issues, and now I'm finally ready to get back behind the wheel.

Reach 700 Instagram Followers
I finally managed to reach 500 in time for the new year, so I'm hoping to gain another couple of hundred by 2019! Especially as I want to start making a real effort with my grid.

Also, my wonderful friend Gail (yes, the one I regularly mention on here) bought me this cute daily journal! I've literally been waiting for this day to finally use it and I'm determined to write in it every day for the next 5 years. So I'm going to keep it in my handbag and try not to lose it. Losing things is a habit of mine, and one I would like to curb. 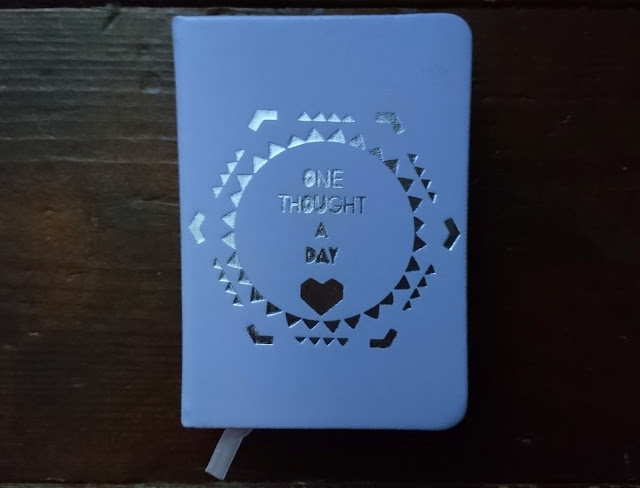 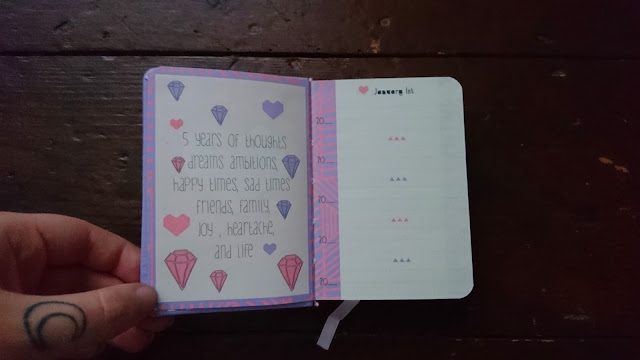