Lately I've been seeing a lot of ladies talking about birthing plans. Or rather 'MY PLAN IS TO HAVE A BABY!' Which is obviously a good place to start but actually, a birthing plan is worthwhile. 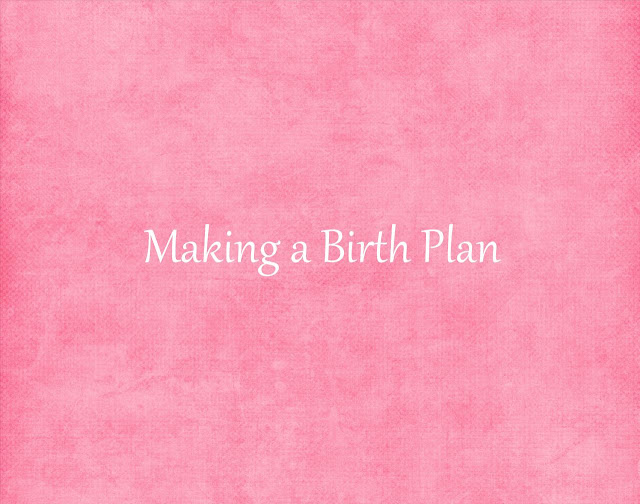 I'm not going to lie, I didn't actually have one written out in my notes but I did have a basic idea of what I wanted in my mind, that I spoke to the midwife caring for me about, on the day. If you can though, make notes and have it with your maternity notes - it makes things a lot easier for the midwife/wives caring for you.

The Pain Relief Options
If you're one of those who doesn't want pain relief and are determined to get through it without then hey, good for you. But if, like me, you end up being in labour for five days and are desperate for something, this is what you will be offered.

TENS Machine
I was given this on the fourth day of labour. They allowed me to take it home to use but honestly? I hated it, and took it off as soon as I got home. Basically its a small machine that can be 'hooked up' to you via sticky pads. It was attached to my back and I guess it vibrated? It kind of felt like I was pricked in the back by lots of needles, I really wasn't a fan. However, going by the information on the NHS site, it sounds like I may have been too far gone for it to be effective anyway. I may have only been 1cm dialated, but I definitely wasn't in early labour at that point. I mean, I was because I was nowhere near ready to push, but I was in agony.

Gas and Air
I bloody loved this stuff. Honestly it doesn't actually help with the pain during the contractions (maybe mine came on too suddenly so I couldn't start to take it in before it got too bad!) but I was pretty much hooked up to it constantly. The midwife and Ash had to keep reminding me to actually breathe in some oxygen every once in a while. It definitely made the labour easier and I kind of wish I'd been able to bring a cannister home with me to be honest.

The only downside is the possibility of making you nauseous. Thankfully I didn't have this problem but this is why they have other options!

Pethidine
Not for you if you don't like needles! I can't remember why or how I felt afterwards but I ended up having this. It was on my list of possible pain relief so I was more than happy to have it when it was offered. I think it's similar to an epidural, as it's an injection in your thigh or booty. I'm pretty sure I didn't use the gas and air as much (if at all) after it kicked in so it must have worked!

Epidural
The one to have if you get really desperate. This is the least preferred option for everyone, as it means baby's heart rate will need to be closely monitored and can only be administered by an anaesthetist. I didn't have this so I can't say much about it, but it's not one that I would have chosen to have unless completely necessary.

Birthing Pool
Despite the name, you don't actually have to give birth in the pool if you don't want to. I did consider it, and probably would have if I'd had the chance. Being in the pool was easily my favourite part of the labour - the warm water (and gas&air!) was so good for the contractions and the horrible back pain I had! I also had a warm bath at home the day before I went into hospital and honestly it's what convinced me to try the pool. It's the same as having a shower or bath after a workout; it relaxes the muscles! Just make sure the temperature doesn't go above 37.5°C!

Also, I wasn't aware of this but in early labour you are actually allowed to take paracetamol. Just make sure to ask your midwife about it first.

Your Birthing Partner
I ended up having two birthing partners. Both my Mum and Ash were with me all day and I don't think I'd change anything about that. That way I always had one person to hold my hand through a contraction and one to get something for me!

The only thing I would recommend is don't have someone that is squeamish, or someone you're not 100% comfortable with. Neither Ash or I really wanted him there by the time I started pushing, and I'm pretty sure he did actually leave at one point. Also, if Mum hadn't been at the hospital, I'm fairly certain I would have been totally on my own during the c-section.

Home Birth or Hospital? Midwife Led Unit or Labour Ward?
I love the idea of home births but it's not something that was ever an option for me. I'm not going to beat around the bush because I've noticed lately that emergency C-sections are happening more and more often. I personally would never have risked giving birth at home but that decision is 100% yours, and yours alone.

In the hospital I gave birth in, I had the option of a midwife led unit or the labour ward. The MLU is pretty much what it sounds like - a smaller ward only run by midwives. It's a lot quieter, calmer and more relaxing than the labour ward; and it's the only way you're getting in the pool!
The labour ward is still private rooms and mostly run by midwives, but you're also more likely to have a doctor on hand if need be. But you will hear other women screaming and/or making the most irritating noises you've ever heard in your life.

If you have the option, I would definitely recommend the MLU but unfortunately, they're just going to put you where ever there's a bed. I started off in the labour ward, was transferred to the MLU when a bed became available, and then ended up back in the labour ward. I am beyond happy that I got my time in the unit though!

Writing the Plan
You really don't need to go into detail. If I had actually taken the time to write my plan down it would have looked like this:

It's literally that simple. Of course, not every birth goes to plan, but it's worth writing it just to keep the midwives happy.

I hope this was helpful; I certainly enjoyed writing it. If you need more information about pain relief etc. please refer to the NHS website and ask your midwife. Despite how it might feel; no question is a stupid question and she's there to help you.

In case you're panicking about what to pack for your hospital stay, you can check out what I packed in this post here, and if you want to know what kept me going through my pregnancy; read about my essentials over the course of the nine months.