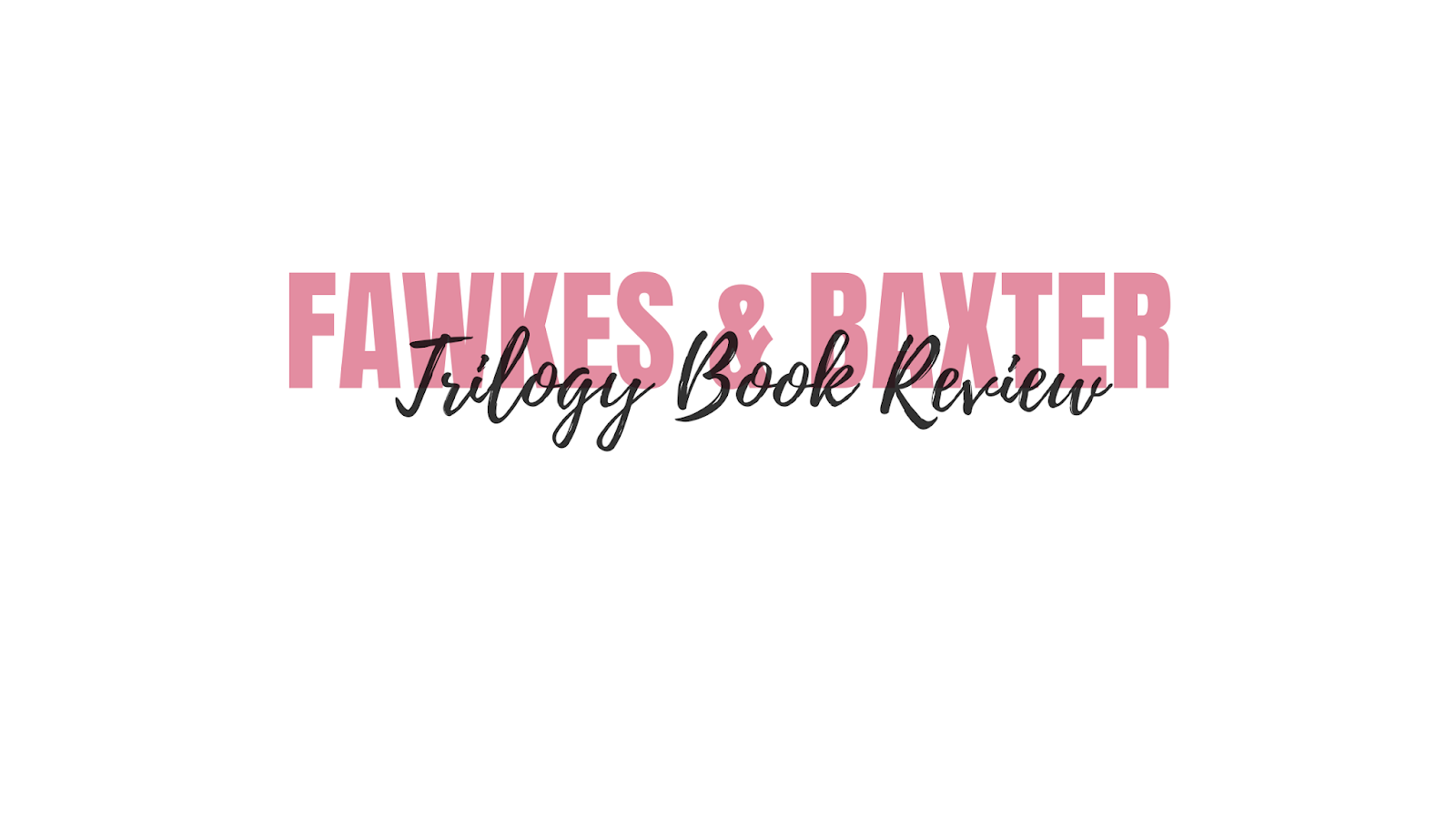 I actually last read this in 2019, and it ended up being one of my favourite books of the year! Re-reading it two years on, I can see why. I actually couldn't remember a damn thing that happened in this book, but I did remember enjoying it. I recently read book two of the trilogy (Hangman) and found myself not having a clue what was going on. I then bought myself the third book (Endgame) and decided I should probably read them again from the start!

A body is discovered with the dismembered parts of six victims stitched together, nicknamed the"Ragdoll" by the media. Assigned to the shocking case are Detective William Fawkes, recently reinstated to the London Met, and his former partner Detective Emily Baxter. The "Ragdoll Killer" taunts the police by releasing a list of names to the media, and the dates on which he intends to murder them.
With six people to save, can Fawkes and Baxter catch a killer when the world is watching their every move?
I'm definitely pleased I did read it again! Not only did I get to enjoy a book for the second time, but I also realised what was going on in the second book, so I decided I didn't need to read it again so soon after all. 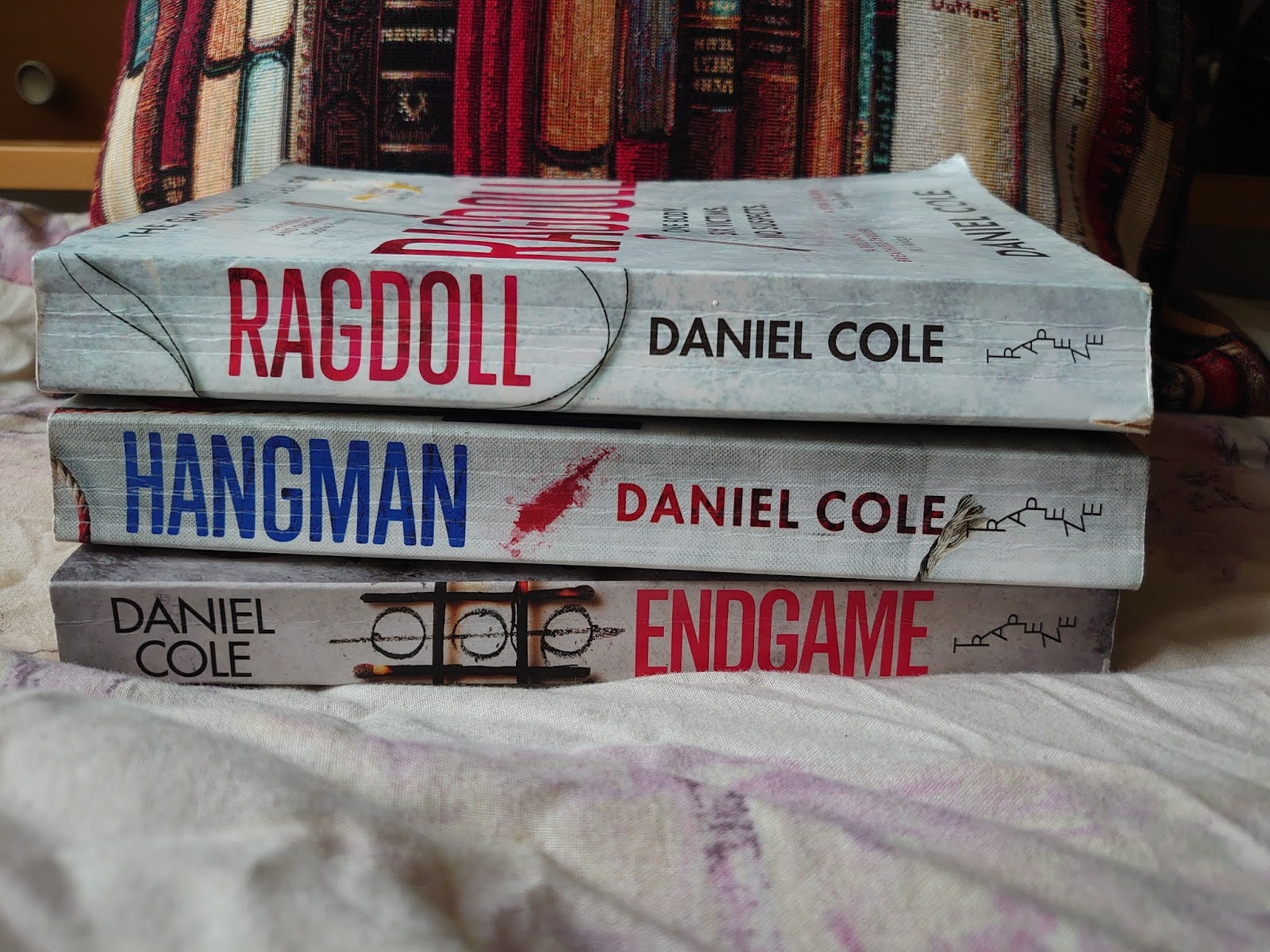 Hangman, Daniel Cole
However, just because I didn't read it twice, doesn't mean I'm not going to review it as well!
A body is found hanging from Brooklyn Bridge, the word "BAIT" carved into the chest.
In London a copycat killer strikes, branded with the word "PUPPET", forcing DCI Emily Baxter into an uneasy partnership with the American detectives on the case Special Agents Rouche and Curtis.
Each time they trace a suspect, the killer is one step ahead. With the body count rising on both sides of the Atlantic, can they learn to trust each other and identify who is holding the strings? Or will it be too late?
As I had completely forgotten Ragdoll when I read Hangman, some of this story was completely lost on me. However, the plot for the new bout of murders was fascinating! Completely unrelated to the Ragdoll murders, but you definitely need to read Ragdoll first to understand the characters and their relationships better. You know how most series find a way to explain what's happened previously? Doesn't really happen in this book.
Endgame, Daniel Cole
A locked room. A dead body. A secret that went to the grave.
When retired police officer Finlay Shaw is found dead in a locked room, everyone thinks it' suicide. But disgraced Detective William "Wolf" Fawkes isn't so sure.
Together with his former partner detective Emily Baxter and private detective Alex Edmunds, Wolf's team begin to dig into Shaw's early days on the beat. Was Shaw as innocent as he seemed? Or is there more to his past than he'd ever let on?
But not everyone wants Wolf back as his investigation draws him ever deeper into police corruption, it will not only be his career on the line, but the lives of those he holds closest as well...
The third and final book in the Fawkes & Baxter trilogy! I'm honestly a little torn on this one. I did enjoy it, but I also felt like I'd already read it? Even though I 100% hadn't. I always knew exactly what was coming, and that really sucks the joy out of reading for me.
Overall, I loved this trilogy. That being said, Ragdoll is easily the best book of the three! I would read Ragdoll and Hangman again, but I would probably skip Endgame.
Until next time,
Saph x
Labels: Saph's Reading Nook