April was such a busy month! I feel like I was always on the go but also had lots of time to relax, which was lovely. We also celebrated Mum's 59th birthday by getting my sisters to come visit, and went for a delicious lunch in a lovely pub. I was absolutely stuffed by the end of the meal but my god it was worth it. 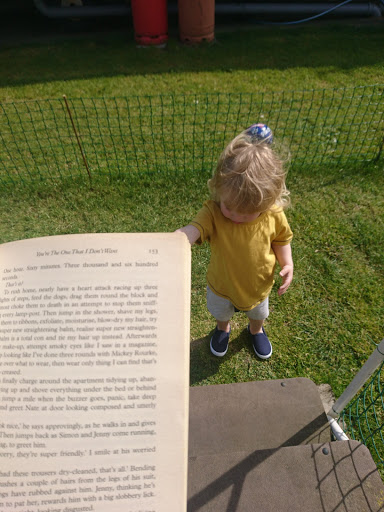 I didn't exactly set myself any goals for April but I certainly had an extensive 'to do' list. I really wanted to concentrate on mine and Charlie's bedrooms this month, which meant a huge decluttering/reorganising session, a bit of a storage spend up, and I finally turned Charlie's cot into a bed. Well, his Grandad did anyway, I just asked him nicely. It's proved to be an excellent idea though, as Charlie has been sleeping so much better since the change, and most nights I don't have him in my room until 6am! I actually love hearing him come running into my bedroom as well, it's so sweet. 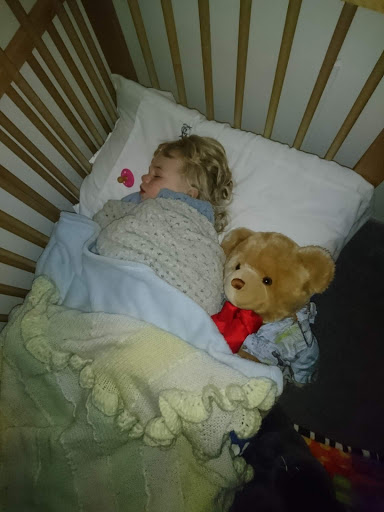 Grandad also very kindly put up some more fencing in the garden so Charlie has a safe space to play in and it's been an absolute life saver! Shame it's been cold for the majority of April, but as long as Charlie has a few layers and his shoes on he's more than happy to play outside while I tidy. 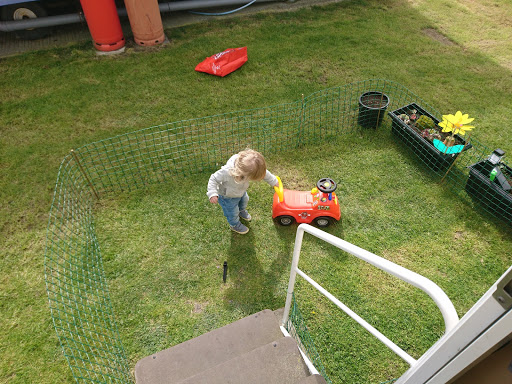 I have also been working hard on my YouTube videos this month, and have been loving the content I've been creating. I'm shocked at how I already don't feel quite so awkward talking to the camera!

Oof. I've done terribly this month. Let's leave that there shall we?

Dating
So April started with me talking to one guy, and has ended with me talking to a totally different guy! The first guy was nice, but we just didn't really connect and I felt like I was trying to force conversation with him in the end. Another one that didn't get past the first date.

This new guy however. Wow. We have been talking non-stop since we matched two weeks ago. We get on incredibly well, we both want the same things, we have the same interests and sense of humour. I absolutely adore him. We had our first date last Saturday and we walked and talked for hours, it was lovely. Just unfortunate that Storm Hannah was that day too. Things are going very well though, and we have our second date this weekend!

I managed to do tons of reading in April, and I'm now four books closer to my 23 While I'm 23 reading goal!

Closer Than You Think | Karen Rose
I loved this book! This was April's book club choice. I really thought it would take me at least a week to finish the whole thing, as it's a much bigger book than I usually read - I still managed to read it in three days! I really didn't want to put it down, and couldn't figure out who the killer was until it was revealed. I was also living for the love story thrown in there too!

You're The One That I Don't Want | Alexandra Potter
Not the kind of book I usually read! It was a romantic comedy, and very reminiscent of Bridget Joneses Diary, with just a little hint of magic thrown in. I absolutely loved it, it was definitely a feel-good read.

The Birthing House | Christopher Ransom
This was horrendous in every sense of the word. The idea behind the novel was quite good I guess, but the execution was pretty poor. I also hated the main character, he was a little creepy in my opinion. Definitely won't be getting another novel from this author.

Ragdoll | Daniel Cole
This book was so good! It had such an amazing twist and I'm dying to get my hands on the sequel! It had a bit of a cliffhanger ending so I need to know what happen s next ASAP.

Bake More
I got to do a little baking just for fun last week, and it's made me desperate to get back into baking properly. Mum has hinted at me baking her wedding cake, so I really want to try out a few eggless recipes - maybe even vegan! - as she has an egg allergy.

Lose 8lbs
I have been really slacking with the weight loss since getting back to the caravan, so this month I'm determined to lose 8lbs so I can finally say I've lost a stone!

This week I have set myself some goals to not have any chocolate and decrease my tea intake. I probably shouldn't have done both in the same week but hopefully it works! I have been replacing tea with hot chocolate and caramel syrup so far though, so I don't think I'm really doing myself any favours just yet...

Read 3 Books
Book of the month is The Dolls House by M.J. Arlidge and I'm so excited to start reading it! I also want to read my last two Wicca books this month so I can finish off a pending blog post.

Watch Logan
Another one on my 23 list, it's been what, two years? Since I got Logan on DVD for my birthday and I still haven't watched it. I'm determined to set some time aside one evening to watch it.
Labels: Lifestyle