Self Employment: 1 Year On

If you don't know then you may be surprised to hear that I quit my job last September to work for myself. I worked in retail for one year and four months, and hated every minute of it. It probably didn't help that it was my first ever job, I suffer with anxiety, and I felt pressured - rather than ready - to get a job. Plus, it was a very large store and a very well known company. 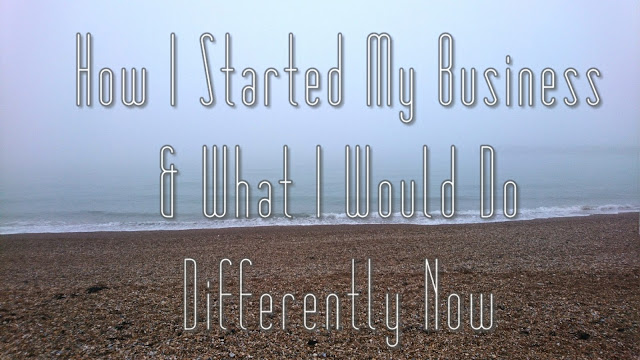 Before I got that job I literally did nothing. I had been at college the year before but dropped out due to depression. I discoverd my passion for photography at school when I did it for my GCSE's. But of course, my depression made me give up on it for over a year, and I didn't really have time for it while I was working. Until I reduced my hours of course, then I made the decision to pick up my camera again. I bought some new equipment: backdrop, lights, a new lens and just fell in love with it again. I even managed to get some of my colleagues booked in for photoshoots! I decided I definitely wanted to make another go of my career in photography.

I planned on handing in my notice around November, maybe January at a push, but my job role was literally making me want to die, and despite my manager making me promises, there were no other vacancies available on other departments. So I quit. Do I regret it? Kind of. Did my depression ease? Absolutely. I won't deny that it hasn't been easy. In fact there's a lot I would do differently if I could turn back the clock.


Saved More Money
I know it was a somewhat spur of the moment decision but if I could go back knowing what I know now; I would make more effort to stop spending my money on crap and let it build up in my bank account more. Quitting my job with less than £2,000 and then splurging it all on god-knows-what was not a good idea.

Found a Part-Time Job
Getting out of that store and going to a new job was really not what I wanted to do but now I know it was probably the most sensible thing I could have done. Just to have that bit of regular income on the side would have aided me tremendously.

Not Spend £300 on a Website
Especially as I probably could have done it myself for free in the end. Oh, and the fact that it didn't get finished until six months later than the agreed two week deadline, and even then it was only finished because the lovely Fiona stepped in to help.

Booked More Photoshoots
As I had a complete rebrand from my first self-employment attempt, I only wanted to showcase my new work. This means my portfolio is smaller than it should be, so I should have reached out to more friends and colleagues for shoots before I had to "go it alone."

I guess you could say I would do literally the opposite of everything I did do. Although I did honestly expect to everything to go a lot better than it did. I definitely didn't expect to get pregnant a month later! Charlie is, of course, the only thing I wouldn't change about this last year. So all that's left to do now is make the most of having "maternity leave" and a beautiful baby to photograph, and make a new plan. Because I will make a success of this!
One way or another, I will be a successful photographer.
Labels: Lifestyle